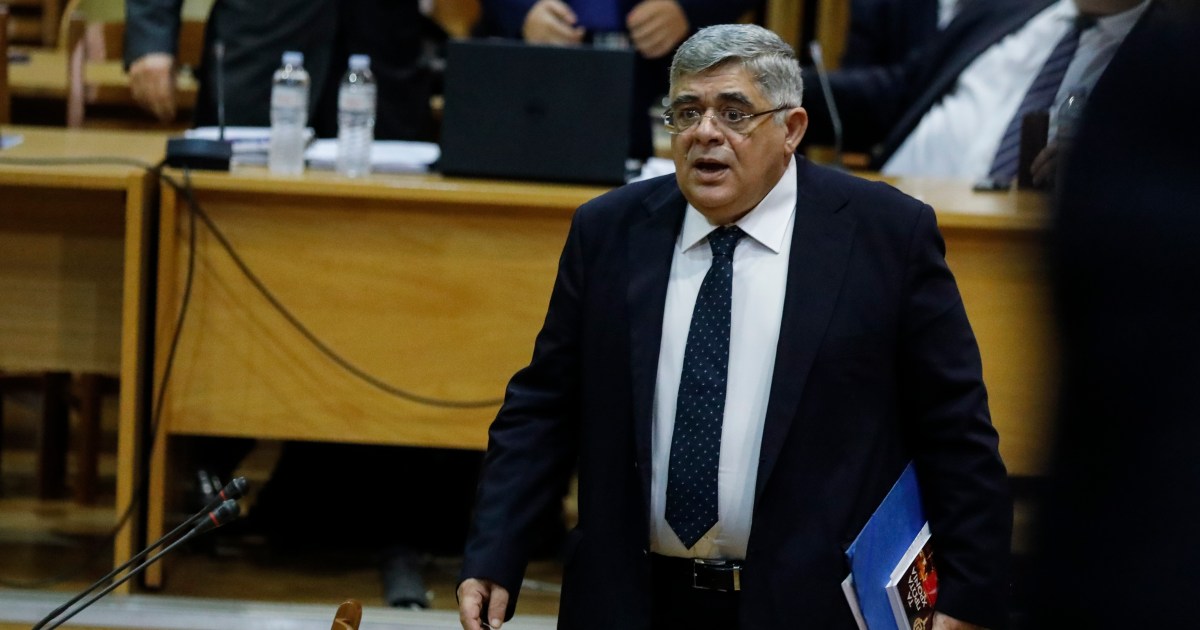 Party leader Nikos Michaloliakos says he is proud to be going to jail for his ‘ideas’, and will be ‘vindicated’ by the Greek people.

A Greek court has ruled to imprison the leadership of the far-right Golden Dawn party following their convictions for running the party like a criminal organisation but granted suspended sentences to five of the party’s 18 former legislators who were convicted of lesser charges.

The decision by a three-judge panel on Thursday came after two weeks of summations by defence lawyers following the prosecutor’s recommendation that all former Golden Dawn legislators be allowed to remain free pending appeal. The appeals process could take several years.

The judges rejected a request to suspend the sentences of party leader Nikos Michaloliakos and other former legislators who were convicted of leading a criminal organisation.

Michaloliakos and another five former legislators received 13-year prison sentences, while a sixth was sentenced to 10 years.

The party, founded as a neo-Nazi group in the 1980s, rose to prominence during Greece’s financial crisis and was blamed for planning multiple hate crimes including brutal street attacks of immigrants and left-wing activists.

“I am proud to be going to jail for my ideas. Some people at some time will be ashamed for taking this decision,” Michaloliakos told reporters outside his Athens home after the court decision was announced. “We will be vindicated by history and by the Greek people.”

The defendants were not obliged to be in court for the hearing. Arrest orders will be issued for any of those ordered to be imprisoned who do not turn themselves in, voluntarily.

Eleven former Golden Dawn legislators convicted of simple participation received sentences of between five and seven years. The judges ruled five of those convicted of participation, including Michaloliakos’s wife, Eleni Zaroulia, could remain free until their appeals are heard.

Conditions of their release include bans on leaving the country, the payment of 20,000 euros ($ 23,700) bail each and the appearance at their local police station twice a month. Seven more people convicted in the case who are not former Greek legislators also received suspended sentences pending appeal.

A total of 57 party members and associates were convicted on October 7, mostly for involvement in violent attacks and participating in a criminal organisation.

The Golden Dawn legislators spent 18 months in jail when the trial first began and were released due to the limit of pre-trial detention being reached.

Golden Dawn spent decades as a fringe party on the Greek political scene. But it rose to prominence during the country’s 2010-2018 financial crisis, winning Parliament seats in four separate elections and becoming Greece’s third-largest political party.

Its popularity began to wane during the trial, and it failed to win any Parliament seats in the 2019 general election.

The idea of ‘herd immunity’ is surging again, and it’s just as…

How to Find Your Company’s Power Source

A Gathering Political Storm Hits Georgia, With Trump on the Way

Not Winning, But Printing Lots of Dollars