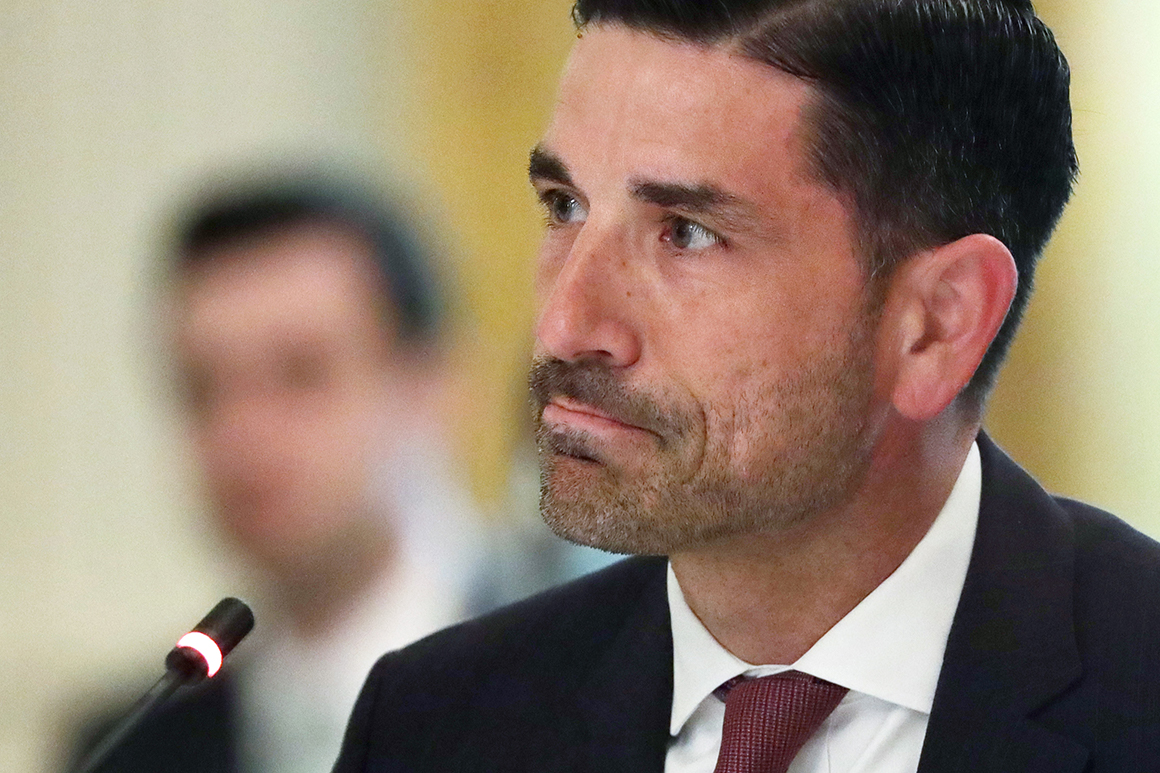 A House chairman has subpoenaed Chad Wolf to appear for testimony next week at a broad hearing about threats to the United States, contending that the acting Homeland Security secretary reneged on a promise to appear.

But aides to Wolf countered that the claims from Homeland Security Committee Chairman Bennie Thompson were meritless. Rather, they said, it would be unorthodox for Wolf to appear before the panel while his nomination to become permanent secretary was pending before the Senate. President Donald Trump formally nominated Wolf to the post on Thursday.

“[T]he right of a President’s nominee to abstain from testifying on matters unrelated to his or her nomination while such a nomination is pending is an unwritten rule honored by Chairmen from both sides of the aisle for many decades,” Assistant Secretary Beth Spivey wrote in a Friday letter to Thompson, responding to his allegations.

Spivey emphasized that DHS had been willing to make Wolf’s deputy Ken Cuccinelli available to testify, which she said should have been sufficient since he’s fully versed in the same subjects as Wolf.

Thompson said in a statement that Wolf’s refusal to testify at the panel’s annual “worldwide threats” hearing was an abdication at a critical time.

“The Committee has not only the authority, but also an obligation to execute its Constitutional oversight responsibilities regarding Mr. Wolf’s decisions and the Department’s actions in securing the homeland,” Thompson said.

The subpoena is the culmination of a series of exchanges between Thompson and DHS that began in June. He said earlier efforts to schedule the hearing in June and July were unworkable for other agencies intending to participate in the hearing, including the FBI and National Counterterrorism Center. Thompson said that DHS indicated Wolf would be available on Sept. 17. Other agencies confirmed their availability for that date as well, Thompson said.

Thompson acknowledged Wolf’s expected nomination as permanent secretary but emphasized that “[s]hould you be nominated, there is no legal prohibition barring you from testifying before the Committee.”

“Moreover, while the relied upon practice may be reasonable in circumstances where the nominee has only served in an ‘acting’ capacity for a short period of time, that is not your situation. The Department has been without a Senate-confirmed Secretary for 17 months,” Thompson added.

In her reply to Thompson, Spivey said Cuccinelli is still willing to appear on Sept. 17 if the committee requests it. In her letter to the panel earlier in the week, Spivey said DHS had informed the Senate of Wolf’s unavailability for a worldwide threats hearing as well, given his pending nomination.

Parma, Sampdoria, Inter Milan: The best Serie A kits of the 1990’s

Why does it hurt so much when you hit your funny bone?

The Moneyist: My friends’ wedding reception was canceled. They’re having a small…

Each MLB contender’s biggest issue heading into the stretch run

With to-do list checked off, U.S. physicists ask, ‘What’s next?’

Catch the best deals of the week you might have missed