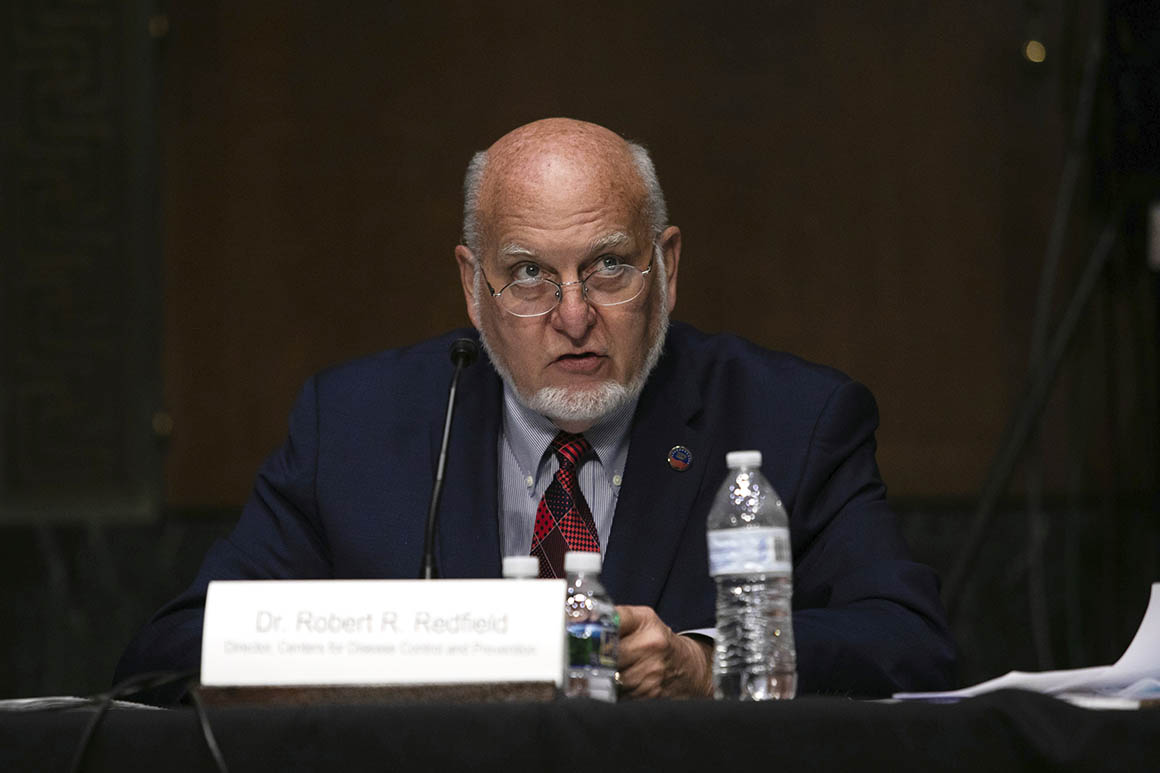 The White House is blocking CDC officials from testifying next week at a hearing on reopening schools, the House Education and Labor Committee told POLITICO on Friday.

Separately, the CDC confirmed that more guidance for opening schools won’t be released until later this month.

Committee Chair Bobby Scott had invited CDC Director Robert Redfield, or a designee, to testify before the Early Childhood, Elementary and Secondary Education Subcommittee on July 23 at a hearing on safely reopening schools.

The chair asked Redfield to discuss the immediate needs of K-12 public schools as many districts look to reopen in the fall.

Aides, speaking on background, said the committee was told that Redfield would not appear, at the direction of the White House. The White House and CDC did not immediately respond to a request for comment.

“It is alarming that the Trump Administration is preventing the CDC from appearing before the Committee at a time when its expertise and guidance is so critical to the health and safety of students, parents, and educators,” Scott said in a statement. “This lack of transparency does a great disservice to the many communities across the country facing difficult decisions about reopening schools this fall.”

“The Administration’s strategy of prioritizing politics over science has had a devastating impact on our country throughout this pandemic,” Scott added. “It should not make that same mistake when it comes to reopening schools.”

A CDC spokesperson, speaking on background, said Redfield has participated in more than 10 congressional hearings on the virus, including three in the last month.

“He takes seriously his responsibility to keep Congress informed on CDC’s response to COVID,” the spokesperson said. “Being cognizant of the need to prioritize time of task force members, CDC will participate in future hearings when approached by Committees of jurisdiction.”

The announcement comes as the CDC has delayed its release of new guidance on safely reopening schools. The move is also a reversal on the accessibility of CDC officials testifying in Congress. The National Institute for Occupational Safety and Health director had testified before the committee in May.

Vice President Mike Pence had said the CDC would be issuing guidance for schools this week. But Redfield, speaking during one of the sessions at the White House summit on reopening schools earlier this month, said the CDC was in the process of providing more guidance and more “consideration documents” in the next couple of weeks.

“CDC’s Reopening Schools Safely documents will not be released this week; instead the full set will be published before the end of the month,” a CDC spokesperson said.

“These science- and evidence-based resources and tools will provide additional information for administrators, teachers and staff, parents, caregivers and guardians, as together we work towards the public health-oriented goal of safely opening schools this fall,” the spokesperson added.

Some Meds You Take May Increase Your Blood Pressure