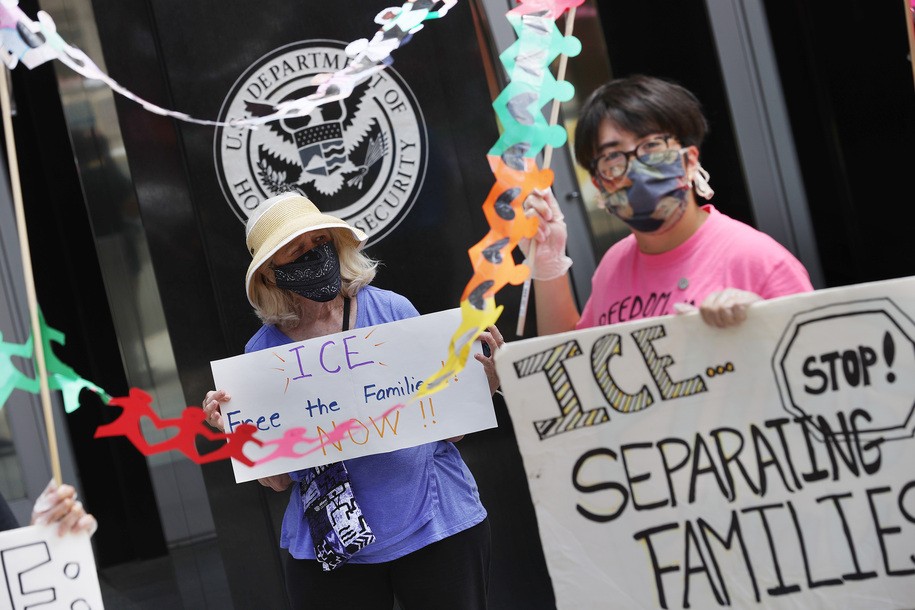 The out-of-control ICE agency already has a lengthy history of issuing threats against localities and states—and carrying some of those threats out. The Appeal reports that when North Carolina’s Garry McFadden ended the county’s 287(g) agreement after defeating then-sheriff Irwin Carmichael, “ICE immediately launched raids resulting in at least 200 arrests statewide, mostly of people with no criminal charges or convictions.”

ICE also issued thuggish threats against Wisconsin’s Milwaukee County last year, in New Jersey in 2018, and in California the year before that, using nearly identical language against each to threaten that it’ll have no choice but to “continue to conduct at-large arrests in local neighborhoods and at work sites, which will inevitably result in additional collateral arrests.” That’s a nice little community you got there, ICE basically threatened. It’ll be a shame if something happens to it.

“It’s almost like an ultimatum: either I cooperate with ICE or I’m going to be responsible for what they do in my neighborhoods,” Taylor told The Appeal—and forced “cooperation” with a deeply flawed program at that.

“The implementation of the 287 (g) program has only exacerbated racial profiling,” the Restore Fairness campaign said in 2010. “Many people of color have been stopped, interrogated, detained and even abused based on minor traffic violations even though 287(g) is supposed to be implemented to catch serious criminals. Some were stopped without any probable cause and never given an explanation.”

Mother Jones reported in August that retiring Gwinnett sheriff Butch Conway has been one of the most aggressive proponents of 287(g) in the entire nation: “In the last decade, Conway’s agency has identified more than 21,000 people to hand over to ICE. Since 2017, Gwinnett, Georgia’s second-­most populous county, has helped to detain more immigrants than any other county except five counties in states along the US-Mexico border.”

Among them was Carolina Ciru, a mom of five turned over to ICE after being pulled over for driving without a license. Georgia is among the majority of states in the nation that doesn’t permit undocumented residents to apply for licenses. She was deported in June. That inhumanity is what ICE is issuing threats over to protect. “I take issue with them conducting raids simply because I refuse to participate in 287(g),” Taylor continued to The Appeal. “At the end of the day, I still won’t participate.”

Unlocking the mystery of tau for treatment of neurodegenerative diseases

How to Find Mac Keyboard Shortcuts

Oracle will move headquarters to Texas from California

US Journalist Detained In Myanmar, His Employer Says

Minnesota Democrat Rep. Refuses To Defend Ilhan Omar: ‘She Doesn’t Belong In Our…

Wolves can forget Doherty with swoop for “formidable” £31.5m sensation…

What Americans Are Finally Learning About Freedom