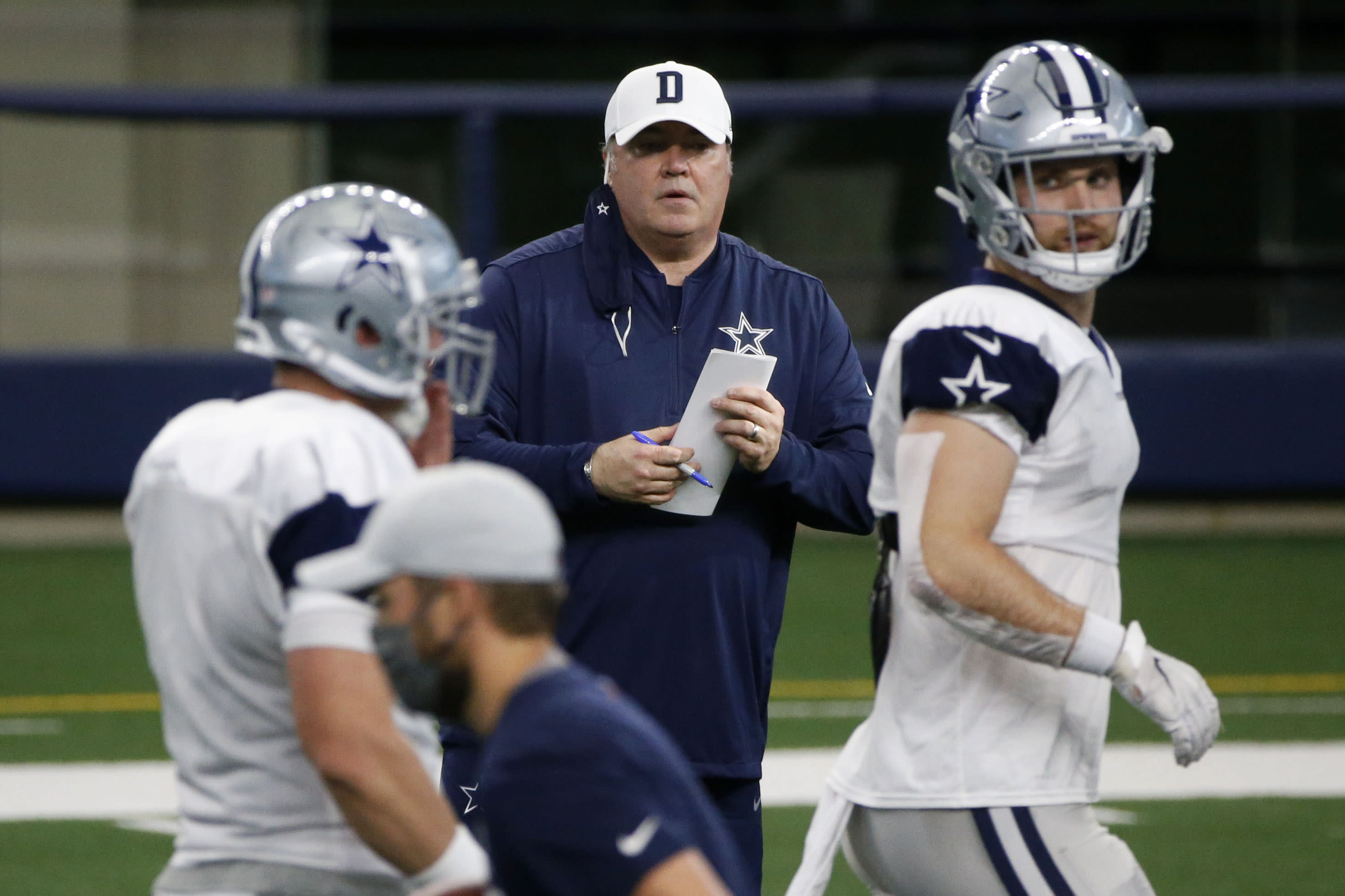 When the local television feed flickered on for the Dallas Cowboys’ annual preseason scrimmage on Sunday night, it was instantly apparent that something different was about to happen.

Dak Prescott? No name or number.

The much anticipated new era “Triplets” at wideout? Blank jerseys all around.

This wasn’t a field of football players. It was a chess board set up between two opposing jersey colors, with key players distinguishable only by their shapes, sizes and positions on the field. Not that viewers actually saw any of the positions on the field, that is. The Cowboys stomped most of that out, too, focusing the broadcast on a stream of sideline glamour shots and angles tight enough to asphyxiate eyeballs.

Sure, you could see players. But for essentially every NFL franchise, you weren’t allowed to describe much of what they were doing, where they might be fitting in a scheme or whether they were in starting units. Basically, the three least popular visitors to NFL training camps this preseason were COVID-19, Twitter and cellphone cameras.

That’s how we arrived to this month, with NFL teams knowing very little about what anyone else is doing. Pretty much every franchise in the league came armed with two pieces of PPE this past month: A mask to protect players from the virus, and a gag order to protect teams from giving away any tactical information about their players.

“This is such a unique season on so many fronts,” Cowboys coach Mike McCarthy said after the Cowboys’ featureless scrimmage. “I can’t tell you the number of conversations you have about competitive advantage and disadvantage — and frankly, with the fact that we were televising the practice here, we would be exposing our younger players to an evaluation process that the other teams really are not exposing their team to. That was the reason behind going with the [blank] white and blue shirts.”

It was at least mildly amusing, if only because it came off as a typical reminder of how paranoid NFL teams can be about giving away an edge. But McCarthy’s rationale also wasn’t wrong. He’s well aware that teams across the league have essentially decimated the amount of information that can escape from franchises this offseason. A trend that exists solely because of the lack of preseason games that typically stand as the best tool teams have to evaluate players, schemes and potential waiver wire pickups.

For the first time that anyone can remember in the modern NFL era, the league basically had a month of closed practices where very little was showcased to anyone outside its buildings. What developed inside that landscape was consistent, if not efficiently oppressive. For example, most teams this offseason barred reporters from referring to groups of “starting” players. They also clamped down on descriptions of which players were practicing in specific packages, from the exotic designs to the vanilla base looks of nickel and dime personnel.

Eagles to meet Cote d’Ivoire, Tunisia in friendlies next month

The best Black Friday deals on Sky-Watcher telescopes and binoculars

Why countries are resorting to pandemic lockdowns again

Trump says Iran will be hit with reimposed UN sanctions. What does that mean?

NASCAR at Darlington: Here are the throwback paint schemes for the 2020 Southern 500

Brazil’s Amazonas state running out of oxygen amid COVID surge

What channel is Formula 1 on today? TV schedule, start time for 2021 British Grand…

Tiger Woods live score, results, highlights from Thursday’s Round 1 at the…

Why do women tend to outlive men?

A weakened Trump desperately tries to preserve his delusions of grandeur

Patient in Nevada Marks The First US Case of Coronavirus Reinfection, Study Says