‘It’s a tough hand’: Brutal year gets even worse for McConnell 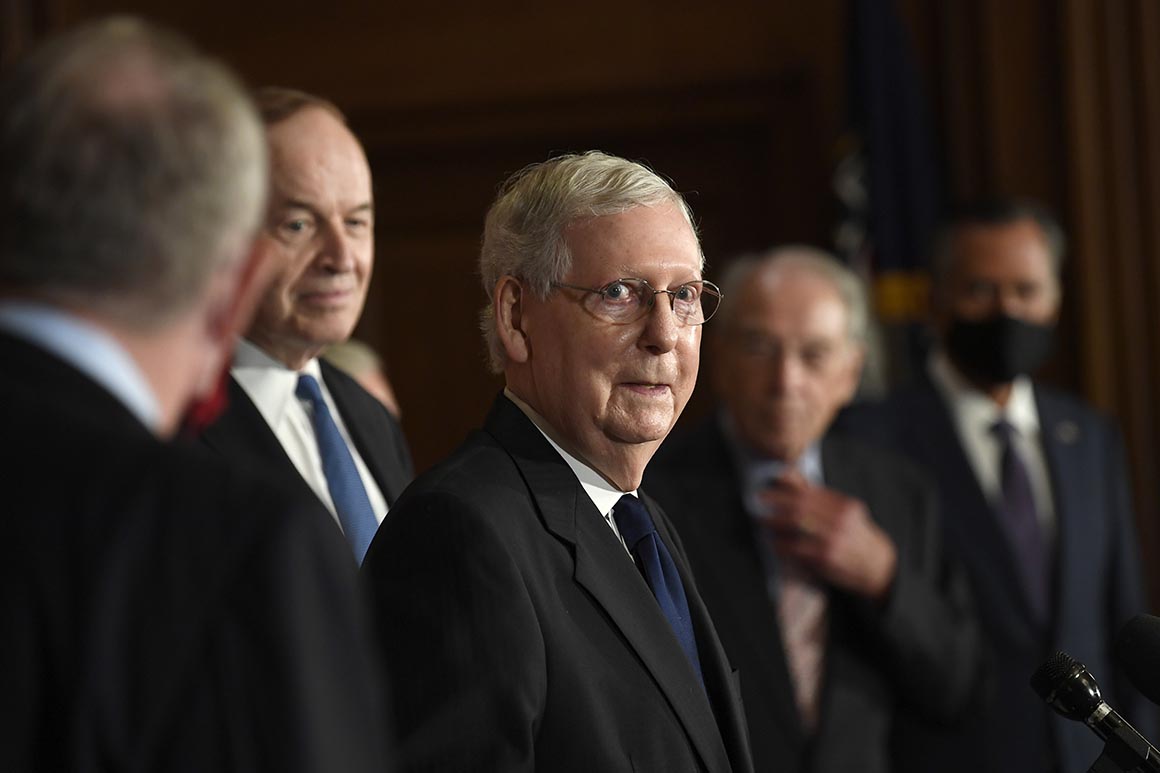 Senate Majority Leader Mitch McConnell is trying to pull off something of a miracle.

With less than 100 days until voters head to the polls, Senate Republicans are in trouble. More than 30 million Americans are out of work, tens of thousands of businesses are shuttered, and parents across the country are wondering whether they will be able to send their children back to school in the coming weeks.

Now McConnell has to help negotiate another massively complicated coronavirus relief package through a bitterly divided Senate to help address these huge problems. And this time, he faces flak from both his left and right, as Democrats are seeking trillions of dollars more in funding than the Kentucky Republican wants to approve, while a large group of GOP hard-liners opposes new spending altogether.

Republican divisions have already forced McConnell to delay the unveiling of the $ 1 trillion proposal he released on Monday, an embarrassing setback for the party at a critical moment. McConnell has also openly said the plan would have “fairly significant support” among Senate Republicans but “probably not everyone” — which is as close to a tell as McConnell gets to admitting his cards aren’t very strong.

And then there’s Donald Trump and White House officials, who seem more concerned with saving the president’s political career than they are about preserving GOP control of the Senate. For Republicans, working with the White House to craft a unified position hasn’t always been easy these past few weeks; Treasury Secretary Steven Mnuchin and White House chief of staff Mark Meadows have repeatedly altered some of their demands during closed-door discussions with McConnell and other top Republicans during that period, or staked out positions they know Senate GOP leaders can’t support, according to sources familiar with the talks.

Meanwhile Speaker Nancy Pelosi (D-Calif.) and Senate Minority Leader Chuck Schumer (D-N.Y.) sit back and wait. Schumer has repeatedly mocked McConnell over the divisions within the GOP ranks. And Pelosi has two big advantages heading into these negotiations: the House has already passed a bill, which while strongly opposed by Republicans, gives her leverage; and secondly, her majority is safe in November, something McConnell can’t say.

For the longest Senate GOP leader in history, 2020 just keeps getting tougher and tougher.

“Mitch has a long and storied history of pulling rabbits out of the hat,” Majority Whip John Thune (R-S.D.) said on Monday. “But you play the hand you’re dealt. And it’s a tough hand.”

The past six months have been one series of challenges after another for McConnell.

On New Year’s Day, Republicans looked like favorites to keep their majority, despite the unending swirl of controversy and conflict that characterizes the Trump era.

But McConnell — in the midst of his own run for a historic seventh term — first had to lead GOP senators through Trump’s impeachment trial. Despite some angst among Senate Republicans, they held the line for the president. “You did a fantastic job,” Trump told McConnell in front of TV cameras in the East Room of the White House on Feb. 6.

Soon after that political knife fight, the coronavirus pandemic hit the United States, an ongoing national disaster that has killed nearly 150,000 Americans and decimated the U.S. economy. Trump’s poll numbers have slid badly due to his unsteady handling of the crisis, so much so that Trump now threatens to pull down the embattled 6-year-old GOP majority with him.

With Mnuchin leading coronavirus negotiations for the White House earlier in the year, McConnell was able to eventually help craft two major deals with Schumer and Pelosi that pumped more than $ 2 trillion into the U.S. economy.

But now McConnell faces deficit fatigue among many Senate Republicans, who have seen the U.S. national debt total skyrocket to more than $ 26 trillion. The annual deficit will exceed $ 3 trillion, stunning the GOP.

“Simply shoveling cash from Washington is not going to solve the problem. And right now, all the Democrats and too many Republicans are contemplating doing just that,” said Sen. Ted Cruz (R-Texas). “Massive spending and pork and ballooning deficits and debt are bipartisan problems.”

As more Republicans peel off, McConnell’s negotiating hand is significantly weakened heading into high-stakes negotiations with Democrats. Even if all 53 Republicans were united, McConnell would still need Democratic support in order to reach the 60-vote threshold. This time, though, McConnell will start off with far less support on his side.

“At the end of the day, [McConnell] has to accept the reality that probably half of our members in the Senate won’t vote for it no matter what’s in it,” said Sen. Roy Blunt (R-Mo.), who was deeply involved in talks with the White House over the spending portion of the GOP proposal.

“And so trying to come up with a bill that satisfies would not justify the effort that takes. At the same time, he has to justify to the rest of us that he has a bill that’s targeted on [fighting] the coronavirus, helping the economy, and getting kids back to school.”

The Republicans’ proposal unveiled Monday costs roughly $ 1 trillion, but Democrats have been pushing for upward of $ 3 trillion in new spending and relief programs. And given how much help McConnell will need from Democrats, the final cost will almost certainly soar well past an amount that some Republicans can stomach.

“It’s going to lose a bunch of us that are fiscal conservatives, regardless of the content — just the amount,” said Sen. Mike Braun (R-Ind.). “It’s got some of the features in there that we weren’t really liking. I think you’re going to see a lot of Republicans that are probably not going to be for it.”

“We throw trillions around pretty casually around here,” Braun added.

On the other side are Republicans like Sen. Lindsey Graham of South Carolina, who downplayed concerns about the national debt, instead highlighting the nationwide surge in coronavirus cases and the cascading economic effects as reasons to go big again on a new relief package.

“At the end of the day, we all have a need to pass something,” said Graham, who has also predicted that as many as half of the Senate GOP Conference could oppose the measure. “And you make the fiscal argument, we haven’t accounted for all the money in Phase Three, I get that. But the problems are worse on many fronts.”

Sen. John Cornyn (R-Texas), who is up for reelection in November, insisted the difficulties facing Republicans weren’t as dire as they may seem from the outside. Cornyn also expressed total faith that McConnell, if anyone, could make a deal a majority of Senate Republicans would support.

“Well, you can’t really complain because we’re all volunteers. Nobody is making us do this,” Cornyn joked. “Obviously, there’s a lot of different points of view. But one thing I’m pretty sure of is we will pass a bill in the next two weeks. I just can’t tell you what it’s going to look like.”

Marianne LeVine contributed to this report.

Pixel 4a: New rumors about the release date

The Best of Kel-Tec: Their Greatest Guns To Ever Fire a Shot

How to Add Formulas to Tables in Microsoft Word

‘It takes a village to kill a child’: Uganda’s hidden children

Buckle up with the Fortnite Joy Ride update, out today on PS4

Why are so many ex-athletes endorsing Trump?

Filibuster brawl amps up with GOP opposition to Jan. 6 panel