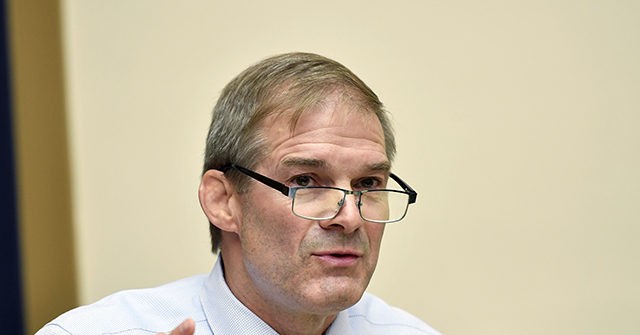 I’ll just cut to the chase: Big tech is out to get conservatives. That’s not a suspicion. That’s not a hunch. That’s a fact. July 20, 2020, Google removes the homepages of Breitbart and The Daily Caller. Just last night we learned that Google has censored Breitbart so much that traffic has declined 99 percent. June 16, 2020, Google threatens to demonitize and ban The Federalist.

Jordan then cited several other instances in which big tech companies have suppressed conservatives.

“June 29, 2020, Amazon bans President Trump’s account on Twitch after he raises concerns about defunding the police,” he said.

Jordan added, “Amazon bans a burn critical of the lockdown written by a conservative commentator.”

“May 27, 2020, Amazon Smile won’t let you give to the Family Research Council and the Alliance Defense Fund, but you can give to Planned Parenthood,” he said.

Jordan also said that these companies have too much influence over how Americans receive information, which could influence how Americans could vote in the 2020 elections.

“We’re 97 days before an election, and the power as the previous chairman and ranking member have said, the power these companies have to impact what happens during an election, what American citizens get to see prior to their voting, is pretty darn important,” he said.

OnePlus Nord review: everything is forgiven

Dems’ Outrageous Effort to Tilt Elections in Their favor

Settle the galaxy with ‘Catan: Starfarers’ at 25% off for Amazon Prime…

Pointless: Daniel Levy is barking up the wrong tree after links to PL duo – opinion