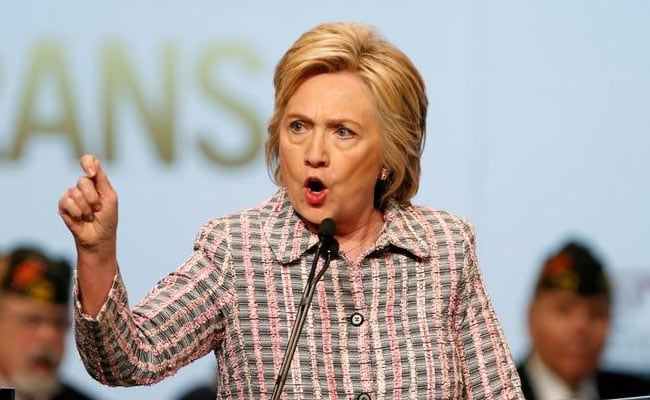 Hillary Clinton, who lost to Donald Trump in 2016, said Tuesday that this year’s Democratic challenger Joe Biden should refuse to concede until all votes are counted in a tight and possibly drawn-out contest.

“Joe Biden should not concede under any circumstances because I think this is going to drag out and, eventually, I do believe he will win if we don’t give an inch and if we are as focused and relentless as the other side,” Clinton said in an interview with Showtime’s “The Circus.”

Clinton, who won almost three million more votes than Trump overall in 2016 but lost to him in the state-by-state electoral college count, suggested that the Republicans are hoping to get the result they want through in-person voting on the day — and not necessarily wait for any delayed mail-in ballots to be counted.

Her comments follow warnings from both sides that the result of the election may not be known on the evening of November 3.

Republicans “have a couple of scenarios that they are looking toward. One is messing up absentee balloting,” she said.

“They believe that helps them so that they then get maybe a narrow advantage in the electoral college on election day,” Clinton said.

She called for Democrats to mount a “massive legal operation.”

“We have to have our own teams of people to counter the force of intimidation that the Republicans and Trump are going to put outside polling places,” she said.

Americans are expected to vote by mail in massive numbers due to the coronavirus pandemic, but Trump has opposed more funding for the cash-strapped US Postal Service, acknowledging the money would be used to help process ballots.

Trump says, without providing evidence, that mail-in voting will lead to mass fraud and a rigged election. The practice is already common in parts of the United States, without significant fraud, and Trump himself votes by mail.

Democrats accuse Trump of deliberately trying to sabotage the post office’s capacity to deal with the expected big increase in volume.

Trump has repeatedly refused to confirm that he will accept the result of the election. Opinion polls show him currently behind Biden both in the popular and electoral college contests.

Europe Markets: European stocks under pressure and U.S. futures fall on concerns over…

Gadkari inaugurates, lays stones of road projects worth over Rs 6,000 crore in…

Galactic gas can help unveil what dark matter is made of

Mammals can breathe through their intestines | Science

Transgender Ideology vs. the Truth Business

Valuable Tips For Startups To Keep In Mind

Is the COVID-19 Vaccine a Potential Biological Weapon in Reverse?

Why the $5.4 trillion ETF market faces its biggest crisis since inception