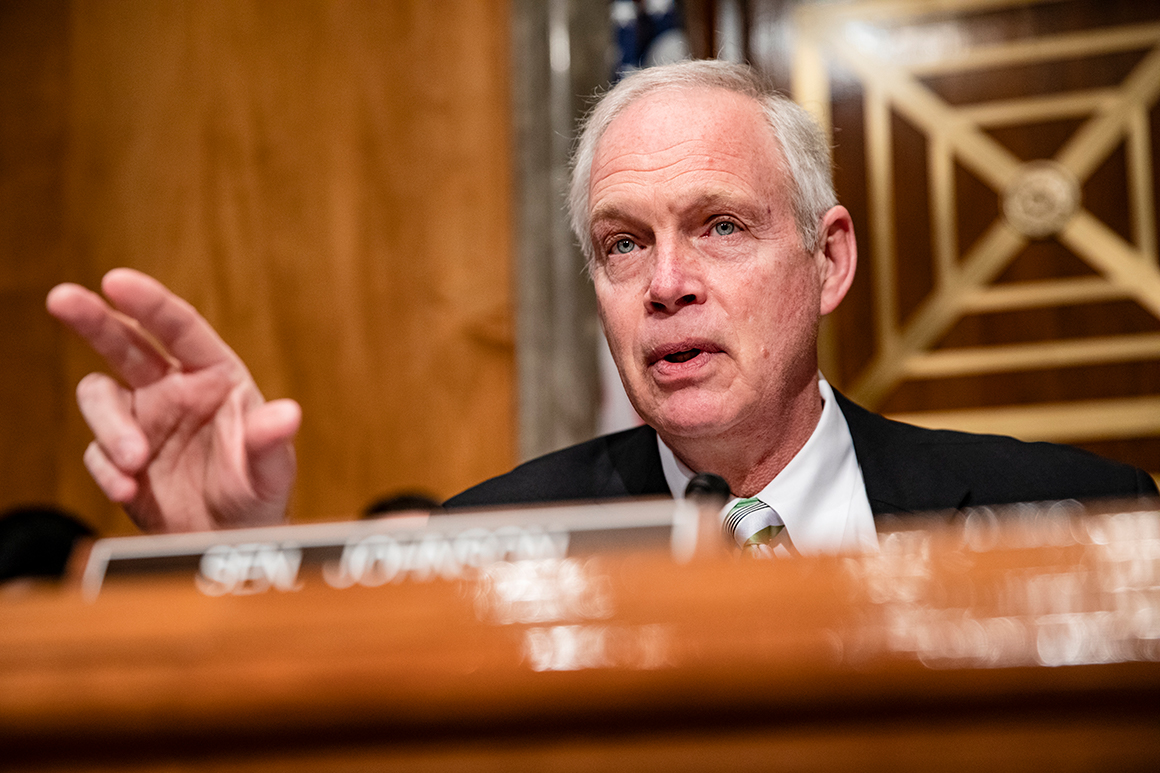 Records released by the Justice Department this week in response to a Freedom of Information Act request suggest top Mueller aides erased the information from at least 15 phones, citing forgotten passwords, physical damage and missing hardware.

“These reports are troubling and raise concerns about record retention and transparency,” Johnson wrote in a letter to DOJ inspector general Michael Horowitz. “Therefore, I respectfully request that your office open an investigation into this matter to determine what, why, and how information was wiped, whether any wrongdoing occurred, and who these devices belonged to.”

Johnson is asking Horowitz to send answers by Sept. 18, as the senator winds down a related investigation of the FBI’s Crossfire Hurricane investigation — the probe of the 2016 Trump campaign’s contacts with Russians, which morphed into Mueller’s probe in mid-2017. He’s also asking whether Horowitz may be able to retrieve messages from the phones.

Johnson’s request followed a letter from Sen. Chuck Grassley (R-Iowa) to the FBI and Justice Department inquiring about the wiped phones and demanding that they produce all records Mueller’s team did turn over, as well as unredacted copies of the FOIA documents.

Horowitz has mounted similar probes into the handling of internal messages by FBI agents involved in the Russia probe and mounted a major effort to retrieve messages deleted from some FBI phones. Horowitz detailed his findings and retrieval methods in a 2018 report.

Why do dogs have cold noses?

Recovered COVID-19 patients’ plasma of little use in treatment

Democrats Are on Track to Lose Big in 2022

The Book of Malachi is darkly unmissable science fiction

Why the Entertainment and Social Media Industries are Converging

Ain’t No Way: One of our most misunderstood love songs?

In photos: Sonu Sood steps out for his daily meet with people asking for help

Cardi B BLASTS Offset: I Left Him Before He CHEATED ON ME!! (Listen)