Jones an outlier as NFL embraces fight for justice 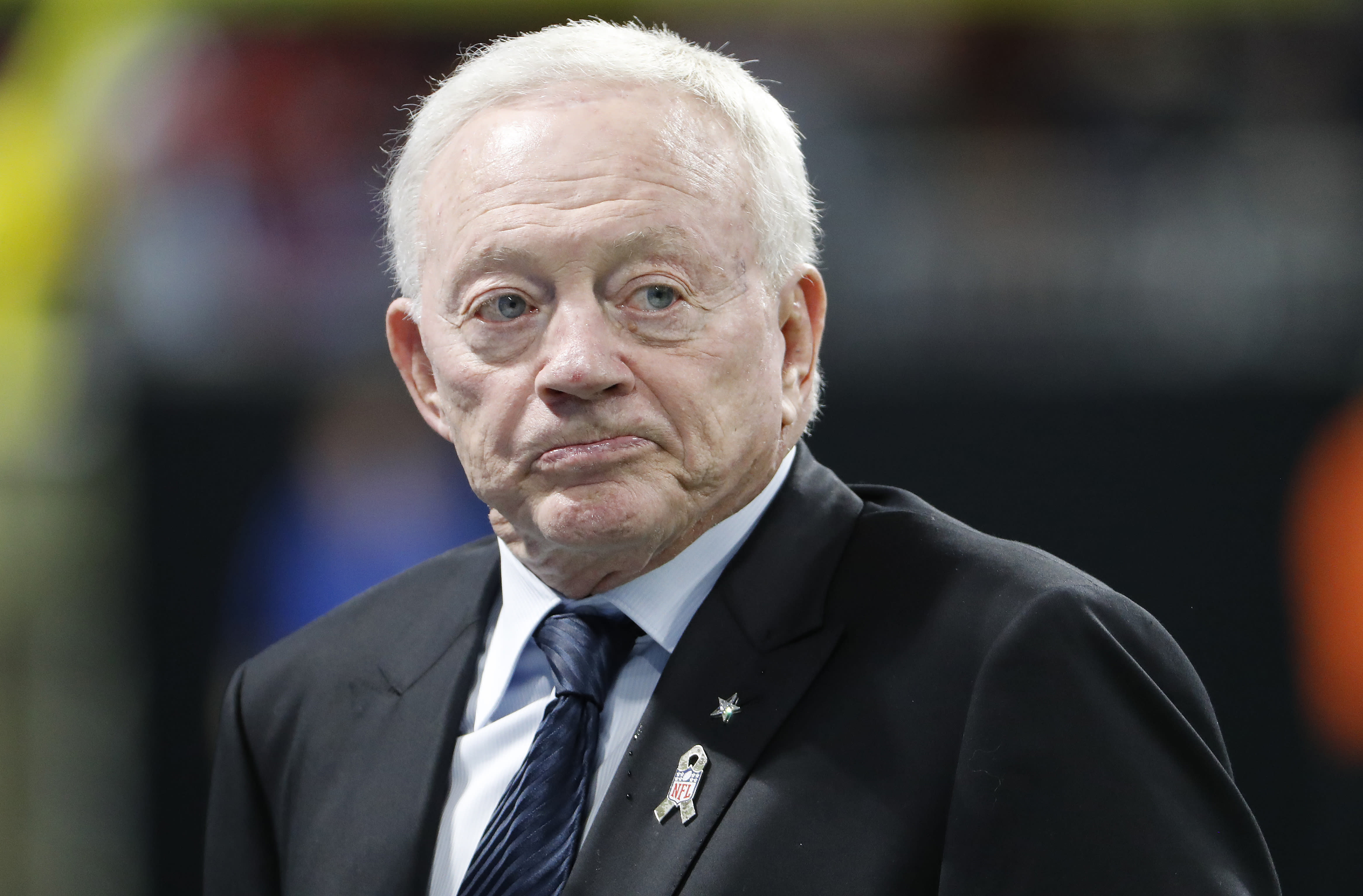 Dallas Cowboys defensive tackle Tyrone Crawford revealed over the weekend that the franchise has given players “the green light” to demonstrate during the pregame national anthem this season.

Even a silent taking of the knee will, no doubt, accomplish that. The Cowboys, who visit the Los Angeles Rams in the prime-time Sunday game, are known as “America’s Team” and have a team owner, Jerry Jones, who has never appeared comfortable with player protests even as he has softened on the issue some.

“That’s the great thing about America,” Jones said on 105.3 The Fan last week, “everybody has a difference.”

Whatever the Cowboys do will be significant. Fans will react in different ways, including some who decide to change the channel (for how long will be the issue for the NFL).

If anything, though, Dallas is an outlier as the 2020 NFL season begins playing during a divisive time for the country. On many other rosters, it’s not coaches or management who are giving a “green light” for players to act.

They are actually often leading the fight for social justice.

The league is full of a new generation of head coaches, and it appears that with it has come a new, more progressive way of looking at these issues. While the average age of head coaches entering the season is 50.3, a dozen teams have leaders aged 45 and under, including five who are 30-somethings. (In 2016, when Colin Kaepernick first took a knee, the average age was 52.8, with just four coaches under 45 and two in their late 30s.)

Last month, Detroit Lions coach Matt Patricia, 45, scheduled a lengthy open-dialogue team meeting following the shooting of Jacob Blake in Kenosha, Wisconsin. He then encouraged his players to cancel practice that afternoon before joining them in a quick public demonstration. It was a first across the league.

“This is a player-led team,” Patricia said. “They are super intelligent and have some amazing things to say. I just have to listen and follow. Just proud of my players. … We want to be part of the solution.”

Days later in Green Bay, it was 40-year-old Matt LaFleur, not his players, who canceled one of their practices.

In San Francisco, it was 40-year-old Kyle Shanahan who didn’t just voice support for demonstrations, but criticized the critics for ignoring the message through the years.

“It’s embarrassing to say, probably, but I think white people are more passionate about it now than then,” Shanahan said earlier this summer. “And that’s our ignorance. And that’s what upsets Black people. And they have every right to be upset because they haven’t just been telling us this the last few weeks. They’ve been telling us this since our grandparents.”

In Cleveland, 38-year-old Kevin Stefanski believed taking time out of training camp to address social issues wasn’t an obligation, but an important tool in building a winner.

“There has definitely been a push from me for our players to get to know each other as best we can, as fast as we can, under these circumstances,” Stefanski said last week.

This time, it feels different.

Houston coach Bill O’Brien, 50, said earlier this summer that he’ll join his players in taking a knee during the anthem. “I’m all for it,” said O’Brien, whose team plays Kansas City in Thursday’s league opener.

Age isn’t the only factor here, of course. The world has changed. Opinions have evolved. Cultural issues are used daily as a wedge issue by powerful people to split the country.

There are plenty of veteran coaches who are now following the NBA where outspoken leaders such as Gregg Popovich, Doc Rivers and Steve Kerr are the norm.

“We all need to work forward on this,” said Kansas City coach Andy Reid, 62.

At age 68, Seattle’s Pete Carroll is the oldest coach in the league (seven months Bill Belichick’s elder) yet he has long been supportive of players speaking up. Last month, he used part of his news conference to challenge white fans to consider the realities of the Black players they cheer.

“Our players are screaming at us,” Carroll said. “They just want to be respected.”

And even Belichick, who (fairly or unfairly) is the poster child for old-school coaches, said that discussions with his players, notably Devin McCourty, inspired him to become more active in the fight for social justice.

“I look forward to increasing my role,” Belichick said. “… I’ve certainly learned a lot [and] continue to learn a lot. We have an incredible group of players.”

Those players, should they demonstrate this weekend and beyond, will become cultural touchstones and political piñatas. President Donald Trump has called kneeling “disgraceful” and said he’d prefer the NFL didn’t play at all if every player doesn’t stand at attention during the pregame anthem. He battered the NFL back in the 2016 campaign.

Plenty of his supporters will agree with him.

It’s just this time, it’s unclear who to send their complaints.

In 2020, coaches, management and even the commissioner are, increasingly, not just standing by as protests occur, but leading the charge … and perhaps taking a knee themselves.

American, Southwest hold off on alcohol sales after surge in unruly travelers

When May We Be Happy?

iPhone 12 (Pro): teardown shows the differences between the two smartphones

Parental Burnout in The US Is Among The Highest in The World, And We May Know Why

There Are Snowcapped Mountains on Pluto, And We May Finally Know Why

Winning Europa League would be proudest moment as a manager: Solskjaer

The ultimate travel guide to the Isles of Scilly

KUWTK: Kim Kardashian And Kanye West Will Always Support One Another Publicly Despite…

How TikTok got caught in the crosshairs of US-China politics