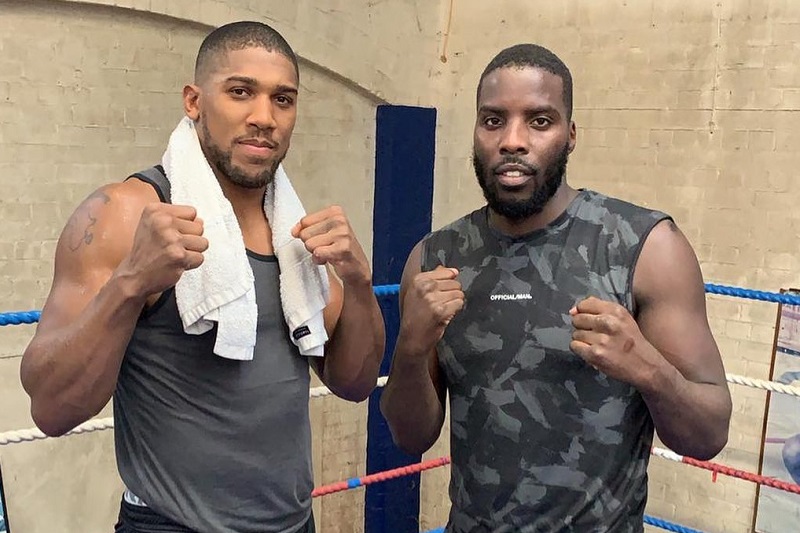 British stars of Nigerian parentage, Anthony Joshua and Lawrence Okolie, could both be in world title action on December 12 if plans currently in the pipeline come to fruition, reports worldboxingnews.net.

Joshua and Okolie are both set to face Kubrat Pulev and Krzysztof Glowacki, respectively, two weeks before Christmas. Promoter Eddie Hearn has penciled in the date in question for a show at The O2 in London.

If secured, the event could be one of the first in the United Kingdom to accommodate a larger portion of fans. Matchroom Boxing is seeking advice from officials over what kind of capacity from the 20,000 available they could fill by that time. At present, pilot schemes involving crowds at sports are on hold.

Some fans did attend events over the past few weeks, including a football match involving Chelsea and Brighton.

Boxing is yet to be part of any such test shows. But it’s hoped in three more months, England will be in a better position due to the pandemic measures taken now.

Yesterday, the government issued guidelines that they intend to keep in place for the foreseeable future, to keep the coronavirus from spreading out of control. If successful in the coming weeks, all sports will have the chance for some crowd presence from the end of October onwards.

Joshua vs. Pulev has a good chance of seeing a small percentage of the arena taken by seated supporters. The main event sees Joshua put his four world heavyweight title belts up for grabs in an IBF mandatory defense. Pulev steps up after initially becoming number one in 2017.

As for Okolie, the undefeated cruiserweight gets the chance at the WBO version after amassing a 14-0 record. The talented 200-pounder has sparred with Joshua in the past.

If confirmed this month, Matchroom will be able to plow forward with their most significant event of the year. This follows some lower-key shows in Eddie Hearn’s backyard. Several stars yet to feature in 2020 will be eyeing spots on the undercard.

Trump: Getting Things Done More Important than Being ‘Presidential’

Fitness+ Subscribers Now Have Nearly 300 Workouts to Choose From

The problem with rapid Covid testing

Don’t give up on nixing the filibuster just yet—there’s hope!

Ranking every Premier League club’s record signing, including this…

What Are The Possible Side Effects Of Trump’s COVID-19 Treatment?

Biogen research chief says ‘misinformation’ is cause for controversy…

I traveled overseas as the delta variant of COVID-19 surged. Heres what I wish I knew…

Ayling 2.0: Bielsa could unearth Leeds another gem in 26-cap star, will cost Orta…

How Can I Sell Directly From a Live Stream? Facebook Live Shopping Makes It Easy.

MOIRA PETTY: Why mixing your jabs could be even more effective

Why Do Women Earn Less Than Men? Evidence from Bus and Train Operators

United States eclipses more than 1,500 COVID-19 deaths per day – the highest in…