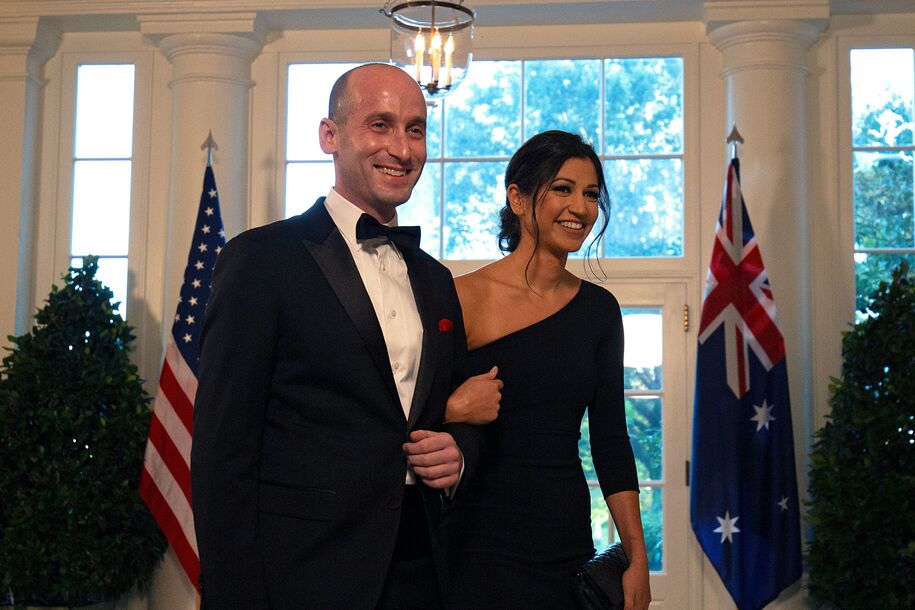 “After publication, Waldman told NBC News that the figures provided to Congress and reported by NBC News were inaccurate and pushed for a full retraction, saying that otherwise she would put out a statement from DHS discrediting the article,” Ainsley reported. “Waldman said DHS had different, correct figures, but the agency had no plans to provide them to Congress.”

Ainsley writes that in the end, “NBC News did not retract the article, and DHS never published a statement discrediting it. According to congressional sources, CBP never revised the figures.” Ainsley further says that Waldman, who has also since married White House aide and noted white supremacist Stephen Miller, “declined to provide an on-the-record comment to NBC News for this article about her handling of the 2019 NBC News report.”

“I don’t usually show what goes on behind the scenes when reporting in Washington,” Ainsley tweeted. “But given the whistleblower complaint alleging DHS tried to inflate the number of terrorists crossing the border, I felt this story was in the public interest.”

It’s no surprise that the Millers gravitated toward each other, really. “According to the new book Separated, by MSNBC’s Jacob Soboroff, Waldman told him that the intention of putting children in cages was to shock—just as Miller had said,” Vanity Fair reported this past summer. In her book on Miller, Hatemonger, investigative journalist Jean Guerrero writes he routinely berated reporters. Two deplorable peas in a deplorable pod.

“In May of this year, Wolf ordered Murphy to ‘cease providing intelligence assessments on the threat of Russian interference in the United States,’” Daily Kos’ Hunter wrote. “He was instead instructed to “start reporting on interference activities by China and Iran.” During a “State of the Homeland Address” this week, Unlawful Chad continued to ignore actual threats facing the U.S. Meanwhile, Ken unsucessfully tried to oust analysts who produced reports he felt contradicted Trump’s policies blocking asylum for children and families at the southern border.

Guerrero also reports that Border Patrol is refusing to back down from a racist, lie-laden propaganda video it produced on the taxpayer’s dime (nor would it be okay if it were privately funded, either). “I encourage all reporters to ask Border Patrol about its promotion of false statistics in this video,” Jean Guerrero tweeted. “Despite my fact-check, they doubled down and re-uploaded this. Check the stories they cite yourself. The numbers are fabricated.”

Depression and anxiety are skyrocketing in young adults amid pandemic

Why ‘soft,’ ‘immature’ Justin Herbert was more prepared for…

Report: Biden Team Already in Talks with Iran over Return to Nuclear Deal

Orca deaths found to be a result of human activity

As little as 1.5% of our genome is ‘uniquely human’