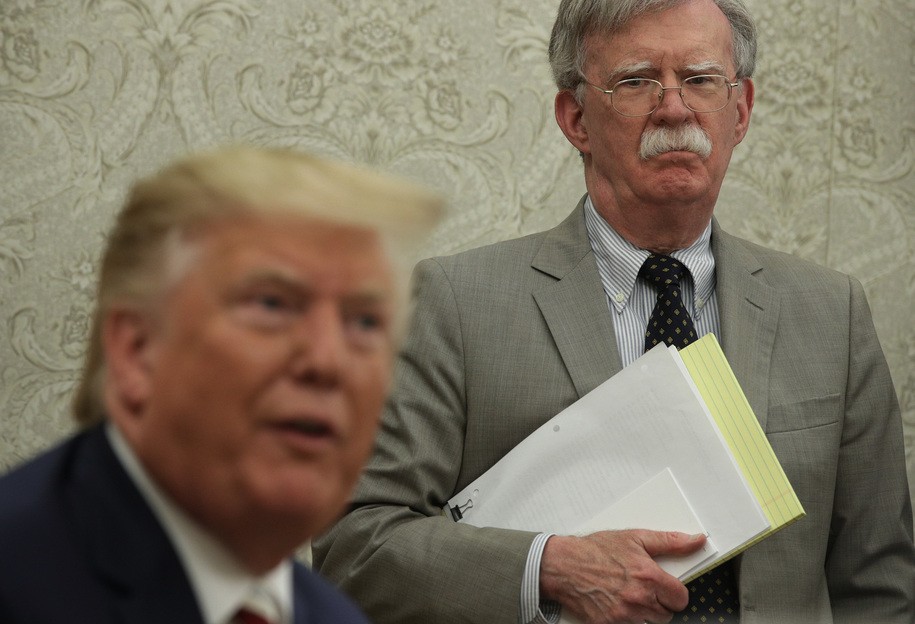 The book has been on the stands for four months and is no longer hanging onto a slot in even an extended list of best sellers. There’s nothing to be gained by going after Bolton other than the demonstration that people like Roger Stone, convicted of multiple crimes, get to walk away for being Trump’s pals, while people like Bolton get the weight of the DOJ tossed their way for the crime of insufficient toadying.

But it’s hard to feel like there’s a good guy on either side of this case. After all, Bolton failed to come forward when his testimony mattered, what he ultimately revealed was confirmation of things that had already been stated, and … he’s John Bolton. The best possible ending for this story is that both Trump and Bolton come out with their sub-mud reputations sullied by whatever it is that’s worse than mud.

According to The New York Times, a team within the DOJ has convened a grand jury to hear evidence about Bolton’s use of classified information in his book, aka I couldn’t think of a title so I just stole a line from Hamilton. Bolton has denied that he published classified information. Trump has argued back that Bolton is “a dope” and “incompetent” and “a washed up creepster who … should be in jail” for “trying to make me look bad.” It’s unclear if the grand jury will reward these rubber-meets-glue arguments with an indictment, but it would probably be pretty interesting—and kind of hilarious—to hear the presentation.

And yes, to be honest it’s clear that the White House purposely refused to provide Bolton with responses on the classification of his submitted manuscript simply in an effort to delay publication and provide Trump with leverage to do exactly what he’s doing right now: conduct a political persecution of a perceived enemy. Bolton shouldn’t face charges for purely political reasons, if for no other reason than on a “first they came for John Bolton, and …” basis. Still, every DOJ official tied up with going after John Bolton could be busy persecuting a human being instead, so let’s hope this takes some time. And please, if someone is going to leak classified information, how about the transcripts for the presentation to the grand jury?

How to Remove Air From Power Steering

The Fight for the Lost Souls. Global Issues

Why do we develop lifelong immunity to some diseases, but not others?