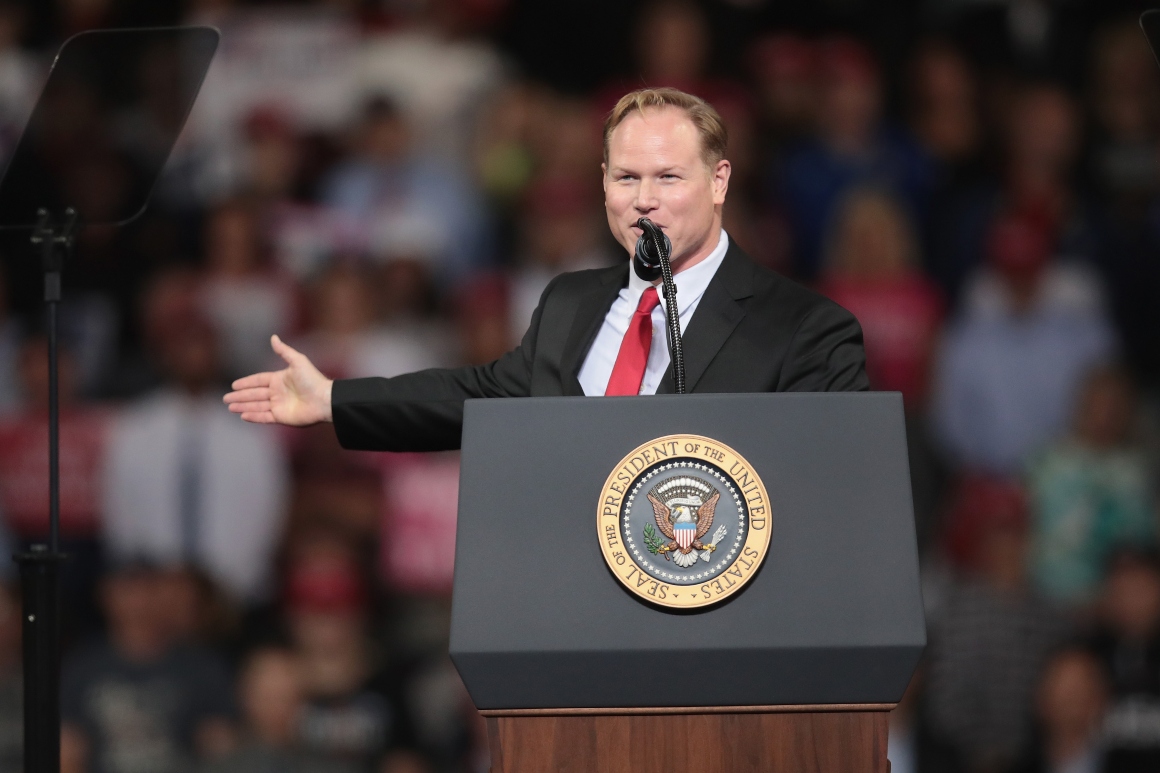 But the freshman lawmaker dismissed the charges as politically motivated, claiming the prosecutor bringing the case has ties to a GOP primary opponent.

Watkins was charged by Shawnee County District Attorney Michael Kagay with “Interference with a law enforcement officer, falsely report a felony intending to obstruct; voting without being qualified; and knowingly mark/transmit more than one advance ballot,” according to Shawnee County court records.

Watkins also faces a misdemeanor charge of failing to tell the Department of Motor Vehicles of his address change.

Watkins has acknowledged that he used a UPS store in Topeka for his home address in order to register for a 2019 municipal election, according to the Topeka Capitol-Journal. The newspaper first reported that Watkins had signed the allegedly improper address on voter-registration documents. Watkins’ office later said it was a mistake on his part, and the Kansas Republican’s lawyers have been in contact with Kagay’s office for months in a bid to resolve the allegations.

In addition to his legal troubles, Watkins could lose his committee assignments. GOP Conference rules require anyone who is indicted on felony charges carrying a potential prison sentence of two or more years to give up their committee posts. Watkins holds seats on the Education and Labor, Foreign Affairs and Veterans Affairs’ panels.

Watkins downplayed the allegations during a previously scheduled debate appearance on Tuesday night.

Watkins called the charges “very suspicious” and “hyper political.” The freshman lawmaker denied any wrongdoing, saying he has cooperated with the district attorney completely and said he looked forward to clearing his name.

A Watkins campaign spokesman also blasted Kagay’s decision to announce the indictment only minutes before the debate. “Give us a break,” said Bryan Piligra, a Watkins’ spokesman. “Thirty minutes before the first televised debate and the day before early voting starts, the DA — who shares a political consultant with our primary opponent Jake LaTurner — files these bogus charges. They couldn’t have been more political if they tried.”

But Watkins already faced a formidable primary challenge from LaTurner, the state treasurer who abandoned a Senate bid to run for the House instead.

The two met on stage at the debate, with the first question focusing on the new charges against Watkins.

“We need to put our best foot forward. Clearly our current congressman, with three felony charges and a misdemeanor charge, is not the person to do that,” LaTurner said.

He chided Watkins and compared him to his 8-year-old son, Joe. “Sometimes he messes up and fudges the truth and I have to say, ‘Hey, Joe, take responsibility for what you’ve done, be honest.’ Steve Watkins needs to hear the same thing tonight.”

LaTurner has already nabbed the endorsement from the powerful Kansas Farm Bureau and had banked more than Watkins by the end of the first quarter of 2020.

Watkins, an Army veteran and West Point graduate, won the eastern Kansas seat in 2018. He narrowly beat Paul Davis, a moderate Democrat and former state legislator, thanks to outside spending from a group largely run and funded by his father.

But his father, Steve Watkins Sr., told POLITICO in March that the Federal Election Commission is investigating him for giving thousands of dollars to his daughters, a home-building contractor and the contractor’s wife, which they then used to max out to his son’s campaign. Those types of donations violate campaign finance laws.

Trump won this district by 19 points but Democrats hope to contest it again in 2020. Their likely nominee is Topeka Mayor Michelle De La Isla.

Melanie Zanona contributed to this report.

This article appeared first on: Congress

Where Is the Outrage Over Anti-Semitism in Sports and Hollywood?’Kareem Abdul-Jabbar’

Tekashi 6ix9ine Heading to Court Over Custody of Daughter

Wearing masks is now the most important thing for the economy, Fed’s Kaplan…