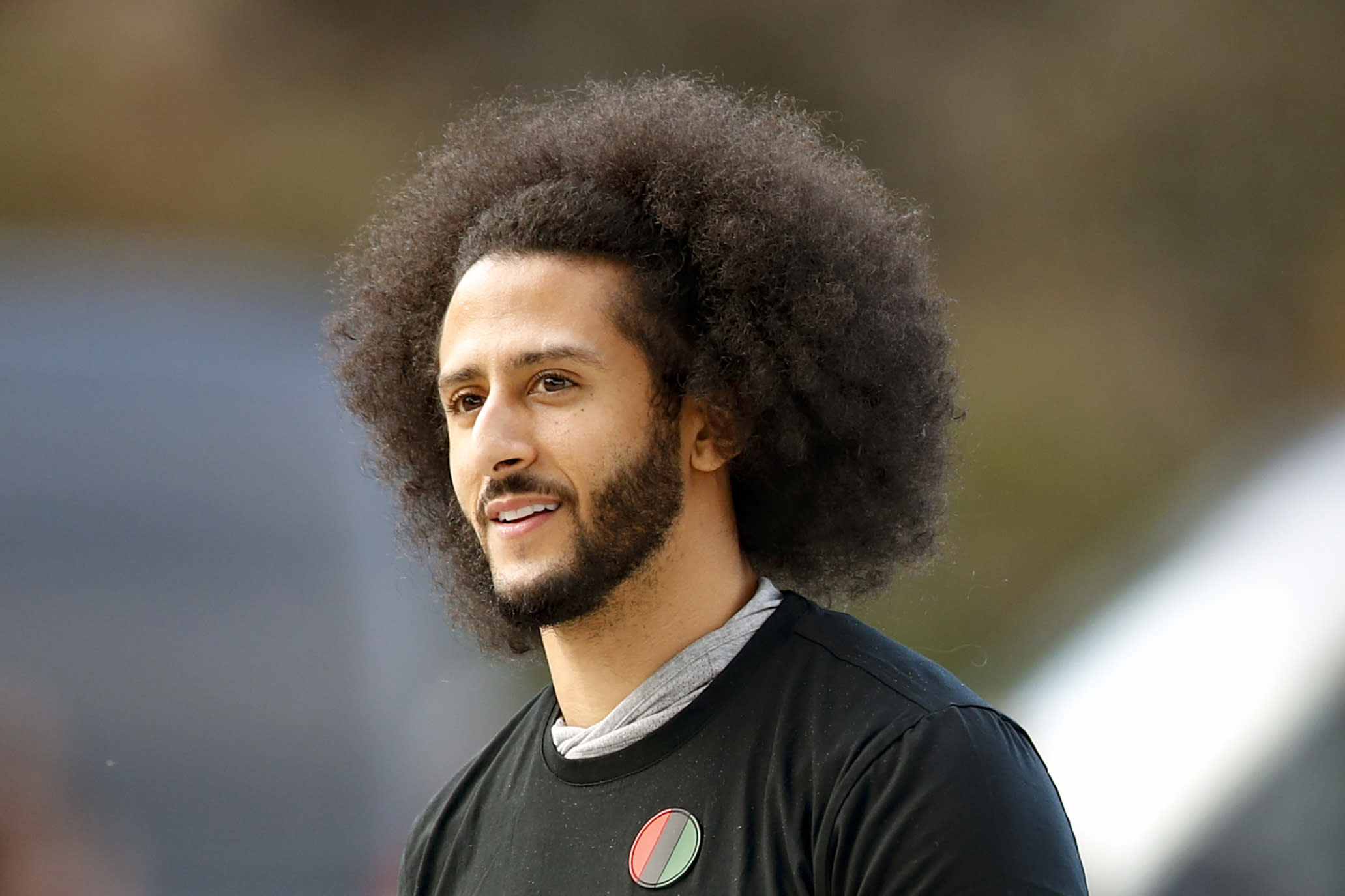 A day after free-agent safety Eric Reid called the NFL’s inclusion of Colin Kaepernick in social justice videos “diabolical”, some clarity has emerged around his sharp word choice. Apparently Kaepernick found out about his appearance in the NFL-backed features when everyone else did — upon the initial airing of the material.

Two sources close to the former NFL quarterback told Yahoo Sports that Kaepernick’s “kneeling inclusion” in gameday videos on Thursday and Sunday didn’t sit well with him, prompting his tweet that the NFL was utilizing “propaganda about how they care about Black Life [while] they are still actively blackballing Eric Reid for fighting for the Black community.”

🎥: The NFL is using a clip of Colin Kaepernick and Eric Reid taking a knee in their Lift Every Voice and Sing video playing across stadiums today. (0:49)

The song yearns for liberty, yet the NFL owners are denying Colin and Eric the freedom to play. pic.twitter.com/bnoq1Fc6w7

The 28-year-old Reid — who knelt with Kaepernick as a San Francisco 49er and continued to be vocal about racial injustices with the Carolina Panthers in 2019 — remains unsigned despite starting 98 of his 99 NFL games at safety from 2013-19. Reid was also pointed when he addressed the NFL’s utilization of Kaepernick in its messaging, which has included public apologies to the quarterback but no direct contact from commissioner Roger Goodell.

2 videos at center of issue for Colin Kaepernick, Eric Reid

Reid’s and Kaepernick’s recent criticism of the NFL has been fairly simple: They believe a sweeping change in public and sponsor sentiment on the issue of social justice and protest has forced the NFL to surrender its previously held position against player protests. And in turn, they believe surrendering that position has also forced the NFL to find a way to embrace Kaepernick without remedying the fact that his career was extinguished after the 2016 season.

What they didn’t expect to happen was for the league and its rights-holders to begin producing content that appear to embrace Kaepernick’s kneeling at a time when he still doesn’t have a job. It’s a little like firing an employee for his actions, then later producing promotional materials celebrating those same actions while that employee still remains fired for those actions.

Kneeling imagery of Kaepernick was used at least twice during the league’s opening slate, first in a halting Alicia Keys rendition of “Lift Every Voice and Sing” before the Thursday night opener between the Kansas City Chiefs and Houston Texans, and again Sunday in a Fox NFL-produced feature narrated by actor Omari Hardwick, which lifted off with Kaepernick’s kneeling as the central theme. Kaepernick wasn’t aware of either content production or his use in them, sources said.

Both videos made something abundantly clear that hadn’t been obvious before this week: If the NFL wants to use footage of Kaepernick’s kneeling as part of its promotional messaging, it’s free to do so without his consent.

Why Sunday’s video of Kaepernick struck a nerve

The Fox-produced piece on social justice appeared to irritate Kaepernick’s camp — and apparently also Reid — more than Keys’ performance of “Lift Every Voice and Sing.” The sources said that was largely because the Fox piece appeared to be commercializing social justice for the benefit of the NFL, while bookending kneeling in two images: Kaepernick’s peaceful protests in 2016 versus Minneapolis police officer Derek Chauvin putting his knee on the neck of George Floyd in May, which resulted in Floyd’s death.

The Fox-produced spot was punctuated near the end with a very “league forward” message in Hardwick’s narration: “Murals went up, statues came down. Players used their voices and commissioner Roger Goodell publicly admitted he was wrong, expanding a league-wide campaign on social justice. Now if there’s a silver-lining here, it’s this: The NFL can change. And we can, too.”

It wasn’t long after that spot when Reid responded to what he believed was a public relations attempt that was co-opting Kaepernick while simultaneously continuing to lock him out of the NFL.

“What the @NFL is doing is half-hearted at best,” Reid tweeted. “@nflcommish [Roger Goodell] has gotten comfortable saying he ‘was wrong’ as if his mere acknowledgement reconciles his admitted wrongdoing. He hasn’t even called Colin to apologize, let alone reconcile, proving this is only PR for the current business climate. As such, Roger Goodell uses video of Colin courageously kneeling to legitimize their disingenuous PR while simultaneously perpetuating systemic oppression, that the video he’s using fights against, by continuing to rob Colin of his career. It’s diabolical.”

The NYTimes on the FDA and Rapid Tests

Asus ROG Phone 3 gets the teardown treatment, there is a massive vapor chamber inside