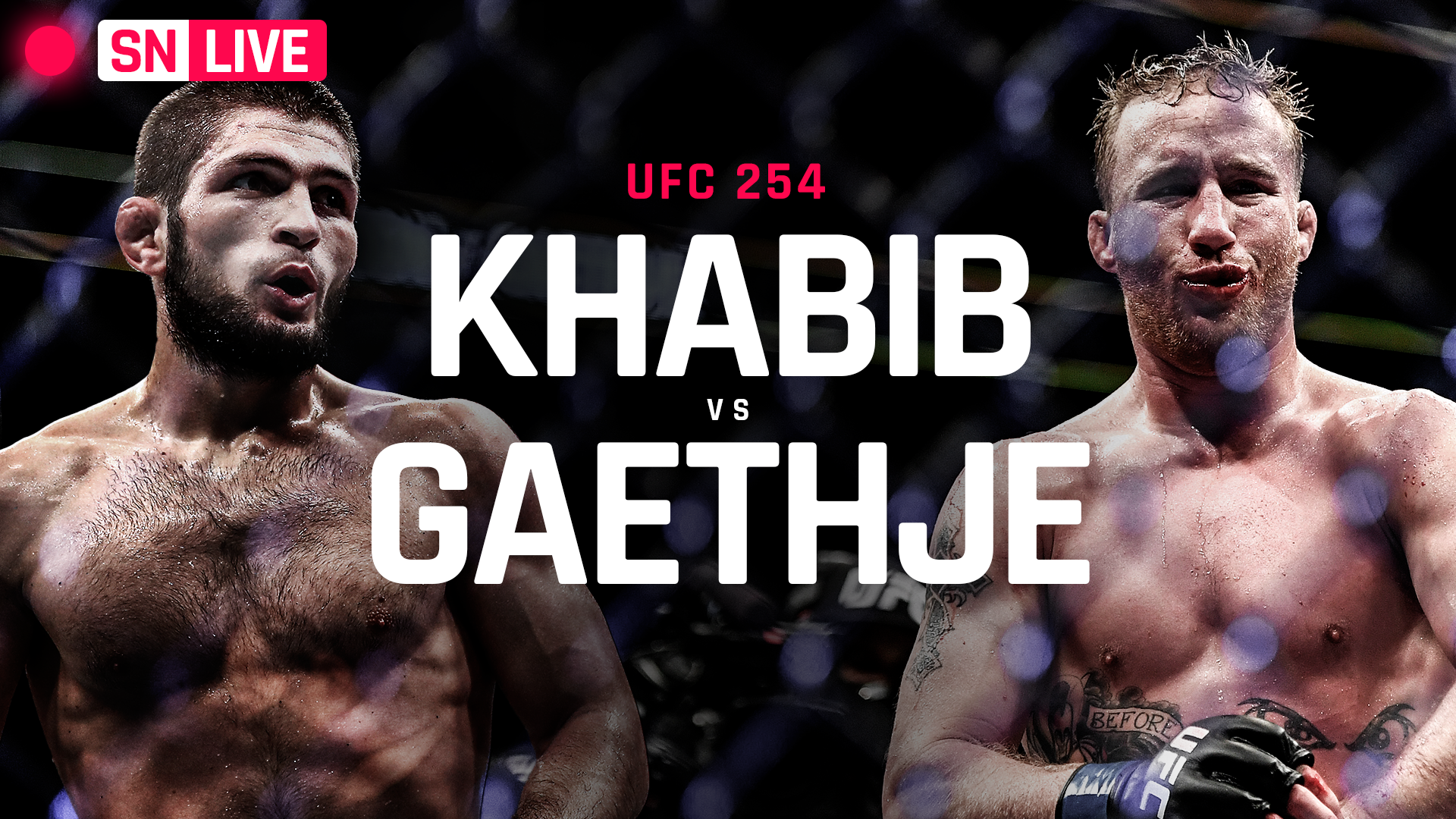 An undisputed lightweight champion will be determined in the main event of Saturday’s UFC 254 as champion Khabib Nurmagomedov battles interim title holder Justin Gaethje from “Fight Island” at the Flash Forum in Yas Island, Abu Dhabi.

Numragomedov (28-0) comes in with the longest active winning streak in the UFC at 12. He returns for the first time since UFC 242 when the native of Dagestan submitted Dustin Poirier in the third round. “The Eagle” had been set to finally square off with Tony Ferguson at UFC 249 on April 18. The date got moved due to the COVID-19 outbreak which led to Nurmagomedov flying back back home to be with his family who had been suffering from the coronavirus.

With Nurmagomedov out, Gaethje (22-2) stepped up to the plate on short notice at UFC 249 that ended up getting shifted to May 9. Gaethje dominated from beginning to end, stopping Ferguson via fifth-round TKO to win his first UFC title and snapping Ferguson’s 12-fight winning streak.

Can “The Highlight” do the same to the man who many pundits feel is unbeatable? Or does Nurmagomedov continue his reign of terror?

12:51 p.m.: You need to remember the name Shavkat Rakhmonov. He just steamrolled through Alex Oliveira to win by fist-round submission (guillotine choke). Rakhmonov showed great standup but had even better ground work in snatching Oliveira’s head, dropping to the mat and netting the submission for a successful UFC debut and remain undefeated in 13 fights. Give him a few more fights and he can easily be a top contender in a talent rich welterweight division.

12:30 p.m.: Da Un Jung and Sam Alvey battle to an entertaining split draw (29-28 Jung, 29-28 Alvey, 28-28). Heading into the third round, Alvey looked to be on his way to victory. But Jung tightened things up and dropped Alvey twice with sharp right elbows and busted the Canadian’s nose. The judge had to score the third round 10-8 which is absurd because Alvey was connecting often with the uppercut down the middle.

Noon ET: Welcome to Sporting News’ live coverage of UFC 254. The main event features one of the marquee stars in the sport, Khabib Nurmagomedov defending the lightweight title against interim titlist Justin Gaethje. It’s going to be an exciting day so grab the refreshments, get on the couch, relax and enjoy the ride.

New Book “Melania And Me” Feeds Speculations About First Lady

Craftworld’s highest score — The music of Sackboy: A Big Adventure

Grocery Workers at Risk for COVID Without Symptoms

Would Biden Be a Lame Duck President?

How to Enter Recovery Mode on iPhone SE (2020 Model)

Watch now: Fantasy Football Live is back for Week 11

Late Night Calls Lid on Biden Jokes: Study Finds 97% of Jokes Are About Trump, Only…

No Learning Without Risk

Forget Snodgrass: Lennon must unleash “dangerous” Celtic teen who can…

How concerned should we be about the Indian variant?

Deaths in Gaza as Israel launches most intense raids yet: Live | Conflict News

Who won the Preakness Stakes in 2021? Full results, finish order & highlights from the race

Take a Tour of The Tiny, Wonderful World of Microfluidics

Who won the Preakness Stakes in 2021? Full results, finish…

Premier League hits and misses: Fulham to build their future…