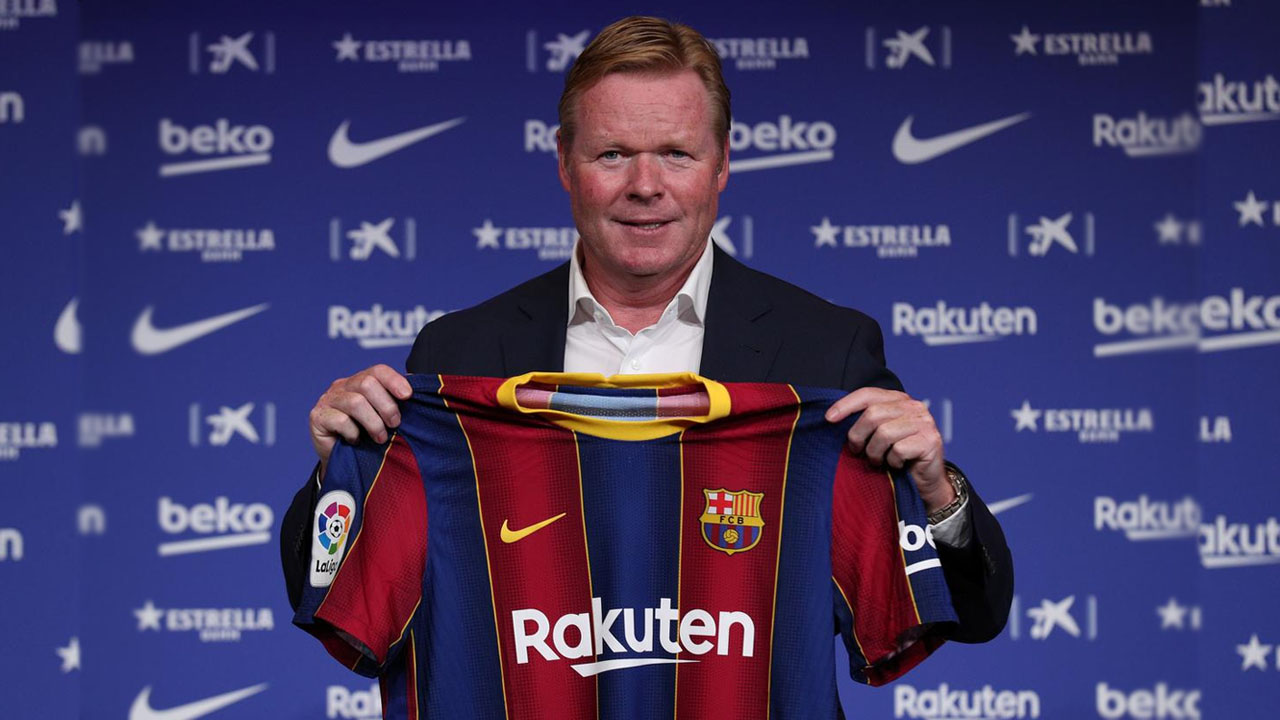 Ronald Koeman has extended his hand to Lionel Messi by calling him “the best” as Barcelona get ready to play their first game since Messi’s failed attempt to leave this summer.

Barca faces Gimnastic Tarragona in a friendly on Saturday and Messi could feature after Koeman said he will field two separate line-ups in each half.

Messi only returned to pre-season training on Monday and has worked on the squad’s days off as he tries to make up for lost time following a chaotic few weeks.

Koeman said last month he only hoped to keep players who wanted to be at the club and he then held a meeting with Messi, in which he reportedly took a hard line with the Argentinian.

But after Messi’s explosive interview with Goal last week, in which he said he had been forced to stay but pledged to give his all for the team, Koeman struck a more conciliatory tone on Friday.

“I have already said it several times that Messi is the best,” said Koeman.

“Messi, when he is physically fit, is a very important player as he has shown for many years and I hope he can repeat it this year.”

Earlier on Friday, Barcelona’s vice president Pau Vilanova said the club had taken heed of Messi’s criticism after the 33-year-old expressed his frustration with the direction of the team.

It is the first time someone on the Barca board has spoken publicly since Messi declared his position.

“We are very happy that Messi is with us and has joined this exciting project,” said Vilanova on Friday.

Motivation
After Gimnastic Tarragona, Barcelona plays friendlies against Elche and Girona, before starting their La Liga season against Villarreal at the end of the month.

All eyes will be on Messi and whether he has the motivation to reintegrate and find his best form again.

“In any profession, we’ve all had doubts about our situation and then, after some reflection, we have decided to continue or to leave,” said Vilanova.

“In this case he will continue and he will be motivated.”

Messi was particularly critical of Barcelona’s president Josep Maria Bartomeu, whom he accused of going back on his word over an agreement to let him leave.

“We hope and wish that there is a respect and togetherness so the club can function,” said Vilanova. “Obviously, there are people from the club who are talking to him.”

After Barcelona’s historic 8-2 defeat by Bayern Munich in the Champions League, Bartomeu brought forward the presidential elections, which will be held on March 20 and 21.

But more than 7,500 members have signed a petition to be rid of him sooner, with 16,500 signatures needed to trigger a vote of no confidence.

“We have set the date of the assembly and the elections,” added Vilanova. “In short, we are working for the good of Barca.”

Despite the controversy over Messi and the dismal end to last season, Koeman insists the mood in the squad is good.

“It has been very positive,” he said. “The players are working very well, there is a lot of intensity in training.

“We have become more physical and now we have to work more on tactics but in all training sessions the players have shown a lot of encouragement, interest and intensity and that is very important because you play as you train.

“I am very happy with the work they have done these two weeks.”

‘Lame duck’ US Congress bogged down in politics over COVID bill

Cops detain beachgoer over her ‘bikini’…

Vincent-Young let Ipswich down in August

10 things you HAVE to do in Oahu

Iran urges defiance of sanctions as US threatens ‘consequences’

Slimline Lewis showing glimpses of his former self