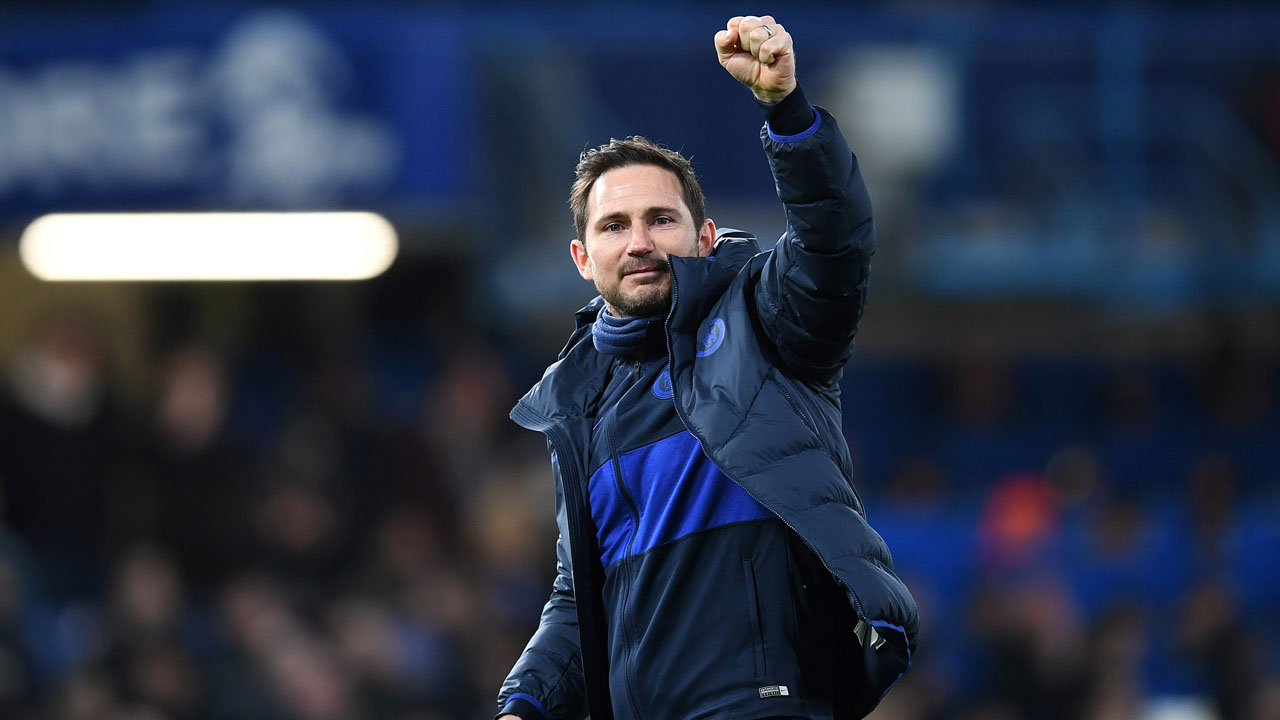 (FILES) In this file photo taken on March 3, 2020 Chelsea’s English head coach Frank Lampard applauds the fans following during the English FA Cup fifth round football match between Chelsea and Liverpool at Stamford Bridge in London. – Klopp’s side are back in Premier League action just seven weeks after Jordan Henderson lifted the trophy to mark the culmination of Liverpool’s first title-winning campaign for 30 years. (Photo by DANIEL LEAL-OLIVAS / POOL / AFP) /

Chelsea coach Frank Lampard says he is amused rather than annoyed by Jurgen Klopp’s criticism of his summer spending, pointing out that Liverpool splashed the cash on the road to Premier League glory.

By contrast, Klopp has added only Greece left-back Kostas Tsimikas to his league-winning squad so far.

Lampard, whose side begin their campaign away at Brighton on Monday, said any owner needed huge resources to compete in the Premier League.

“I was less annoyed with it, I found it more, slightly amusing, I would say,” he said, referring to Klopp’s comments.

“Because I think when you talk about the owners of clubs I don’t think it matters what line of business they come from, we’re talking about some very wealthy owners of clubs in the Premier League.”

Chelsea ban
Lampard, who last season warned Liverpool not to get “too arrogant” after they won the title, said the champions’ owners, Fenway Sports Group, had spent a lot of money since Klopp had been in charge.

“Liverpool’s story, it’s a fantastic story of a club over four-and-a-half, five years that Jurgen Klopp’s been there that have managed to get recruitment right to a really high level,” said the Chelsea boss.

“And the reality is probably, other than maybe Leicester (champions in 2016), which is an incredible story, most clubs that win the Premier League in the modern day have recruited well and recruited at a high level money-wise.

“And you can go through the Liverpool players: Van Dijk, Alisson, Fabinho, Keita, Mane, Salah, incredible players, that came at a very high price.”

Lampard, who guided Chelsea to fourth place and the FA Cup final in his first season in charge, said his spending should be put into context, given that when he replaced Maurizio Sarri the club was under a transfer ban.

“So Liverpool have done it, and they’ve done it over a period of time,” said Lampard.

“What we’ve done is come off the back of a ban, probably tried to address the situation ourselves to help improve us.

Lampard said he hoped he could do as Klopp had done and repay the faith of owner Roman Abramovich by delivering results.

“So it’s a great story, but it’s story that has seen money spent on players. And this summer we’ve spent money on players, and now the hard work has to be done.”

The Beginner’s Guide to Working a Wine Harvest

Fate of Schrödinger’s cat probably isn’t in the hands of gravity, experiment finds

Man dead after being found on Toronto sidewalk with stab wounds

Will Offshore on Thames (London) become the Fintech capital of the world?

Save 20% on amazing Monowear bands, accessories for Apple Watch

Pinkerton: The Real Battle of 2020: Who Votes, and Who Counts

Hope Hicks was not the vector for bringing COVID-19 into the White House, it was…