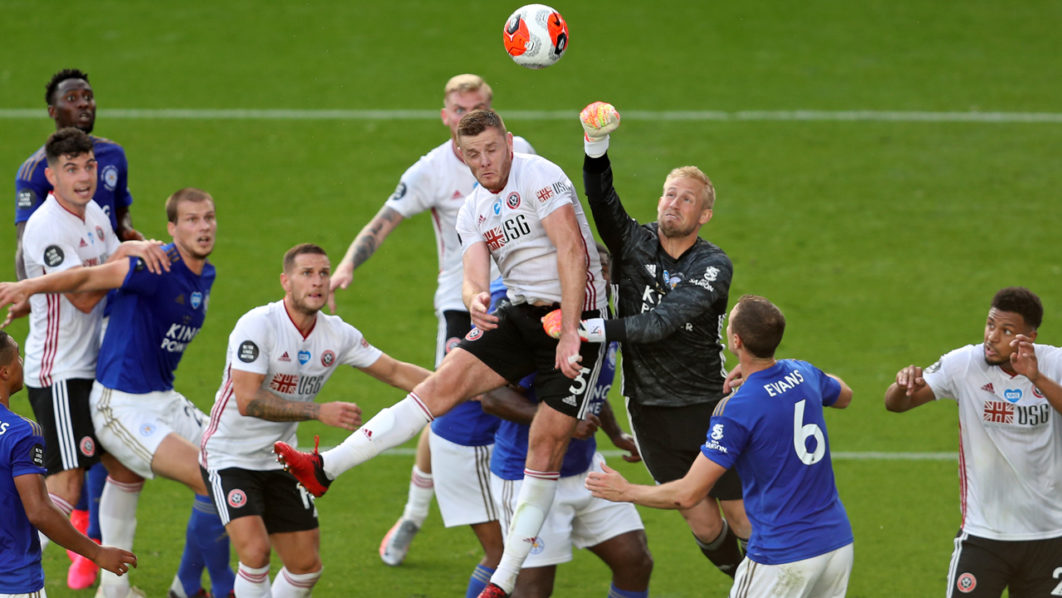 Leicester moved a step closer to Champions League qualification after a 2-0 win against Sheffield United while Aston Villa’s survival hopes were seriously damaged as Everton snatched a late draw on Thursday.

Brendan Rodgers’ side earned their first win in three games thanks to goals from Ayoze Perez and Demarai Gray at the King Power Stadium.

It was an essential result after Leicester’s 4-1 thrashing by lowly Bournemouth on Sunday.

Leicester remains in fourth place, just one point behind third-placed Chelsea and three ahead of fifth-placed Manchester United, who face Crystal Palace later on Thursday.

The Foxes face a tense run-in as they bid to return to the Champions League for the first time since 2016-17.

Their next match is at Tottenham on Sunday before a potentially decisive home clash with Manchester United on the last day of the season.

Sheffield United’s first defeat in five games was a blow to their hopes of reaching the Europa League at the climax of a fine first season back in the top-flight.

The England Under-19 left-back laid on an early chance for Perez when his cross was headed over by the Leicester winger.

Jamie Vardy forced Dean Henderson to save with his legs and the Blades keeper had to be alert again moments later to deny Perez’s volley from another Thomas cross.

It was third time lucky for Perez as the Spaniard put Leicester ahead in the 29th minute with his first goal since January.

Perez started the attack with a pass wide to Thomas and took the return ball before drilling low past Henderson from just inside the penalty area.

Vardy hit the post from Youri Tielemens’ defence-splitting pass soon after the interval, with Henderson twice tested by Harvey Barnes as Leicester pushed for a second.

John Egan’s header forced a fine save from Leicester’s Kasper Schmeichel, but Gray’s deft finish sealed the points from Vardy’s pass in the 79th minute.

At Goodison Park, Villa was within touching distance of a second successive win after Ezri Konsa put them ahead in the second half.

But Theo Walcott brought Everton level in the 87th minute when his header was ruled to have crossed the line.

It was an agonising blow for Villa, who remain second bottom and sit three points from safety with just two games left.

With West Ham and Watford — the two teams directly above the relegation zone — meeting on Friday, Villa isn’t down yet, but they are in grave danger of an immediate return to the Championship.

No English top-flight fixture has been played more often than Everton against Villa, but it might not be on the schedule next season after the late drama.

Villa finally took the lead with their first shot on target in the 72nd minute.

Conor Hourihane’s free-kick curled into the six-yard box and Konsa stuck out a leg to poke in his first Premier League goal.

But with time ticking down, Walcott meets a deep cross with a looping header that crept over the line with an assist from Konsa’s despairing overhead attempt to clear.

US moves to block all Chinese claims in South China Sea

How to Record Audio on iPhone

Slip into something comfy to cure your ills: Which slippers are a good fit?

Cheap or Adequate and Accessible to Everyone?

As Trump and China trade hostilities, Southeast Asia is thrust onto the front line