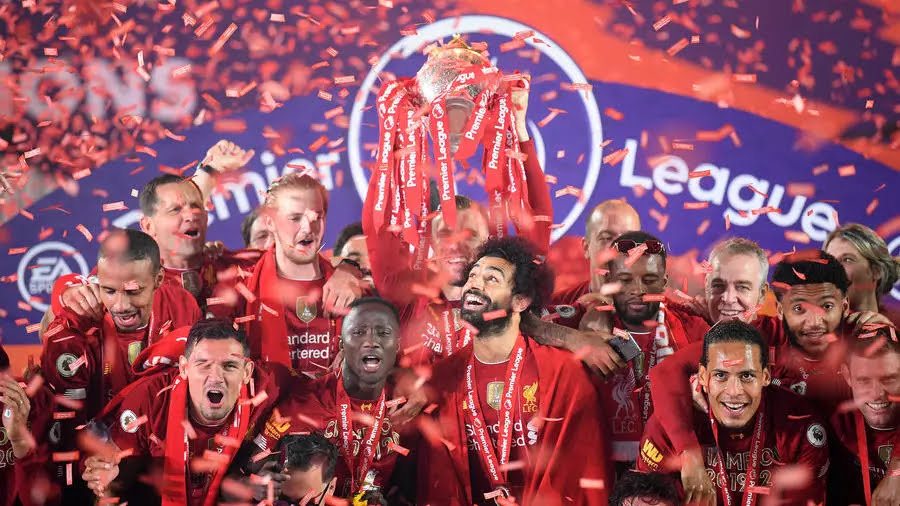 Liverpool and Manchester City remain the teams to beat after three seasons of total dominance but a rejuvenated Manchester United and free-spending Chelsea could force themselves into a four-way race for the title.

AFP Sport looks at how last season’s top four are shaping up ahead of the new season.

Liverpool
After a first league title in 30 years, Liverpool’s challenge will change radically. The club have freed themselves from the burden of history but must ensure the 2020/21 season does not become a huge anti-climax.

A lack of fresh blood for the second consecutive season is a risk for Jurgen Klopp’s men, who have amassed 196 points over the past two seasons.

Left-back Kostas Tsimikas is the only addition so far, as back up to Andy Robertson.

The financial fallout from the coronavirus pandemic meant the arrival of Timo Werner never transpired as the German instead headed for Chelsea, again leaving Liverpool with little as back-up for the front three of Roberto Firmino, Mohamed Salah and Sadio Mane.

However, ahead of a season that will offer precious little time for respite, Klopp has at least had longer to prepare his squad, with his three major title rivals involved in European action in August.

Manchester City
City will not have Lionel Messi to take the title fight to Liverpool after the Argentine opted to remain in Barcelona, but it is at the other end of the pitch that Pep Guardiola’s men needed to improve anyway to bounce back from a disappointing campaign.

Despite scoring 17 more goals than Liverpool, the dethroned champions finished 18 points behind in second last season.

One addition to the defence has already been made, with the £40 million ($ 52 million) signing of Nathan Ake from Bournemouth to provide cover at centre-back and left-back.

A marquee central defender is expected to arrive at the Etihad before the window closes in October, with Napoli’s Kalidou Koulibaly top of their wishlist.

Spanish international Ferran Torres had been added to a stellar cast of attacking talent to replace Leroy Sane, while David Silva’s departure opens the door for 20-year-old Phil Foden to build on his impressive performances in the final stretch of last season.

City could be distracted by their desire to finally claim the Champions League in what could be Guardiola’s final season in charge.

The Catalan is entering the final year of his contract and has been heavily criticised for failing to get City beyond the quarter-finals of Europe’s top club competition over the past four years.

Manchester United
United shot up to third in the second half of last season on the back of a 14-game unbeaten run in the Premier League after the January signing of Bruno Fernandes.

A flourishing young front three of Marcus Rashford, Anthony Martial and Mason Greenwood and more midfield depth with the signing of Donny van de Beek offers United some hope that they will not be left in the shade of their two biggest rivals, Liverpool and City, for much longer.

However, the manner in which Ole Gunnar Solskjaer’s men ended the season in mid-August, physically exhausted after a Europa League semi-final defeat to Sevilla, raises questions over whether they can maintain a title challenge in a crammed calendar over the next nine months.

An ambitious attempt to land Jadon Sancho from Borussia Dortmund has stalled, leaving Solskjaer short on options beyond his preferred front three, while there is also a lack of cover in defence.

Chelsea
By far the biggest spenders of the transfer window across Europe, the Blues have splashed out nearly £200 million on Werner, Kai Havertz, Hakim Ziyech and Ben Chilwell and bolstered a leaky defence with the signing of former PSG and Brazil captain Thiago Silva on a free transfer.

More could still be to come with Rennes’ Edouard Mendy reportedly top of Chelsea’s list in their hunt for a new goalkeeper.

Frank Lampard achieved his main goal during his first season in charge by securing a place in the Champions League despite a transfer ban and the loss of Eden Hazard to Real Madrid.

But expectations on the former England international will be far higher this season as owner Roman Abramovich will demand to see a return on his investment.

Lampard cannot afford for the attacking talents of Werner, Havertz and Ziyech to take their time to adjust to the Premier League.

However, most importantly, he must find the right balance to improve a defence that conceded 54 goals last season, more than any other side in the top half of the table.

EPIC! AG Bill Barr Has Driver Turn Around and Park So He Can Get Out and Thank…

Tiger Woods live score, results, highlights from Friday’s Round 2 at the…

How To Play SteamVR Games On The Oculus Quest 2

Russian archer passes out due to heat at Tokyo Olympics

Forced to pay thousands for surgery: Waiting lists mean there’s only one option

How to Activate Your Brand’s Purpose, According to Leaders at UPS, Zoom, and…