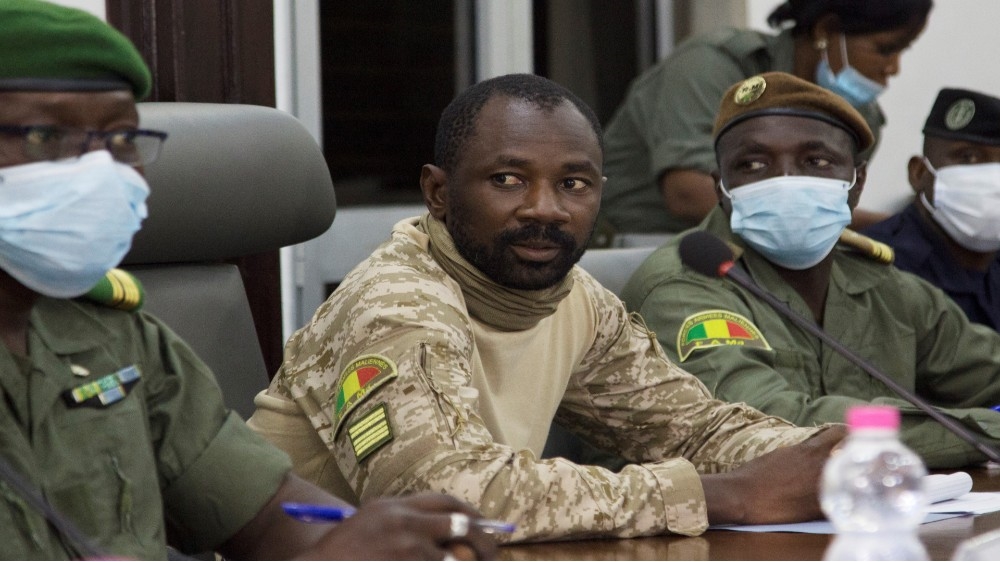 Mali’s military government has pushed through a political charter to establish an 18-month transition government that could lead to the appointment of a soldier as interim president, despite objections from the coalition that led anti-government protests before last month’s coup.

Approval for the road map, meant to chart the country’s course after the August 18 coup that toppled embattled President Ibrahim Boubacar Keita, came on Saturday after three days of negotiations between the military government, political leaders and civil society groups.

Regional and international powers, fearful that political instability will undermine a years-long fight against armed groups across West Africa’s Sahel region, have pushed for a swift transition back to civilian rule.

The charter says the interim president can be a civilian or a soldier and will preside over a transitional period of 18 months before elections are held, said Moussa Camara, the spokesman for the talks.

The interim president will be selected by electors chosen by the military government, Camara said.

A previous draft of the charter had said the transition would last two years and the interim president would be directly chosen by the military rulers, the so-called National Committee for the Salvation of the People (CNSP).

“We make a commitment before you to spare no effort in the implementation of all these resolutions in the exclusive interest of the Malian people,” CNSP president Colonel Assimi Goita said on Saturday.

“What awaits us now is the hard work, the implementation of these resolutions.”

Even as some participants touted the consensual nature of the talks, the M5-RFP coalition that spearheaded months of protests demanding Keita’s departure before the coup criticised the charter’s failure to ensure civilian rule of the transition.

“It’s the people who overthrew IBK. It’s up to them to choose the new president,” said Youssouf Maiga, an M5-RFP supporter, referring to Keita by his initials.

Late on Saturday, the M5-RFP said in a statement the final version of the charter did not reflect the results of talks, which it said included a majority vote for a civilian interim president.

“M5-RFP distances itself from the resulting document which does not reflect the views and decisions of the Malian people,” the coalition said.

The charter also puts the military government on a collision course with Mali’s West African neighbours, who have insisted the interim president be a civilian and the transition last no longer than one year.

Leaders from the Economic Community of West African States (ECOWAS), which imposed economic sanctions after the coup, will meet on Tuesday to discuss the situation in Mali.

It was not clear if the interim president would be named by ECOWAS’s deadline of Tuesday. The body has not said what it will do if its demands are not met.

Al Jazeera’s Ahmed Idris, reporting from Abuja, Nigeria, said Mali needs the sanctions to be lifted since it is suffering from severe economic and social problems.

“And people will be looking at how the new transition government will address the deteriorating security situation in Mali – not only from the armed groups in the north, but also inter-ethnic violence between herdsmen and farmers in central Mali,” he said.

Six civilians, including a pregnant woman, were killed in southern Mali when the ambulance they were travelling in struck a landmine, the health ministry said on Saturday.

It was not clear who was responsible for laying the mine, but the incident on Friday represented a first for the southern Sikasso region, Mama Coumare, the ministry’s secretary-general, told Reuters news agency.

Idris said Saturday’s agreement was fragile and the reaction of common Malians over the next few days could be crucial.

“Some are suggesting that Malians are tired of the situation, tired of protests, they won’t tolerate any problems or any shortcomings being presented to them after this forum,” he said.

Dr. Anthony Harris On How Employers And Managers Can Support Employee’s Mental Health Issues Amid COVID-19

Trump seeks to host party at his hotel in D.C. on U.S. election night

Going Global: The F-35 Is Taking Over The World

Rotten fish smell sweeter if you have a specific genetic mutation

How Women-led Agribusinesses are Boosting Nutrition in Africa