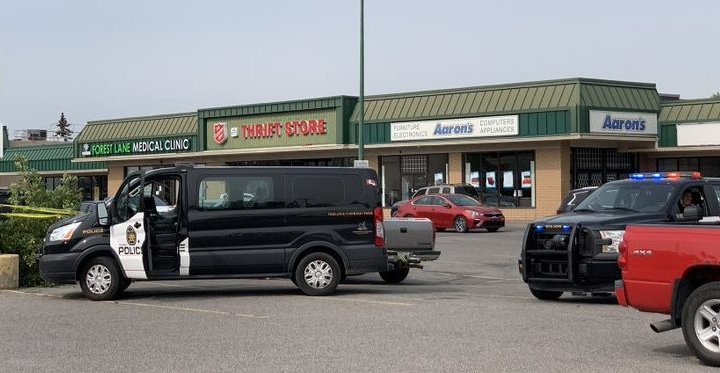 As police investigated a fatal shooting in Calgary on Saturday, officers responded to a man who was stabbed and robbed after taking money out of an ATM less than a kilometre away from the unrelated homicide scene in Forest Lawn.

According to police, as he left the building, two men robbed him; one of the suspects stabbed the victim.

The man had injuries to his arm and leg and was taken to hospital in serious condition, police said.

Of the two suspects, police could only offer a description of one of them: a 20- to 30-year-old six-foot-tall man with a medium build wearing white pants and a red hoodie.

LG Wing leaks in live shots, with first look at its special UI

The Value Of An Ivy League Education

Fisher cats: Animals that aren’t cats, nor are they really fishers

The brightest planets in July’s night sky: How to see them (and when)

How Clinton’s Loss Paved The Way For Biden

McConnell’s Plan To Keep the Senate in GOP Hands

The B-2 Bomber: Simply the Best at What It Does