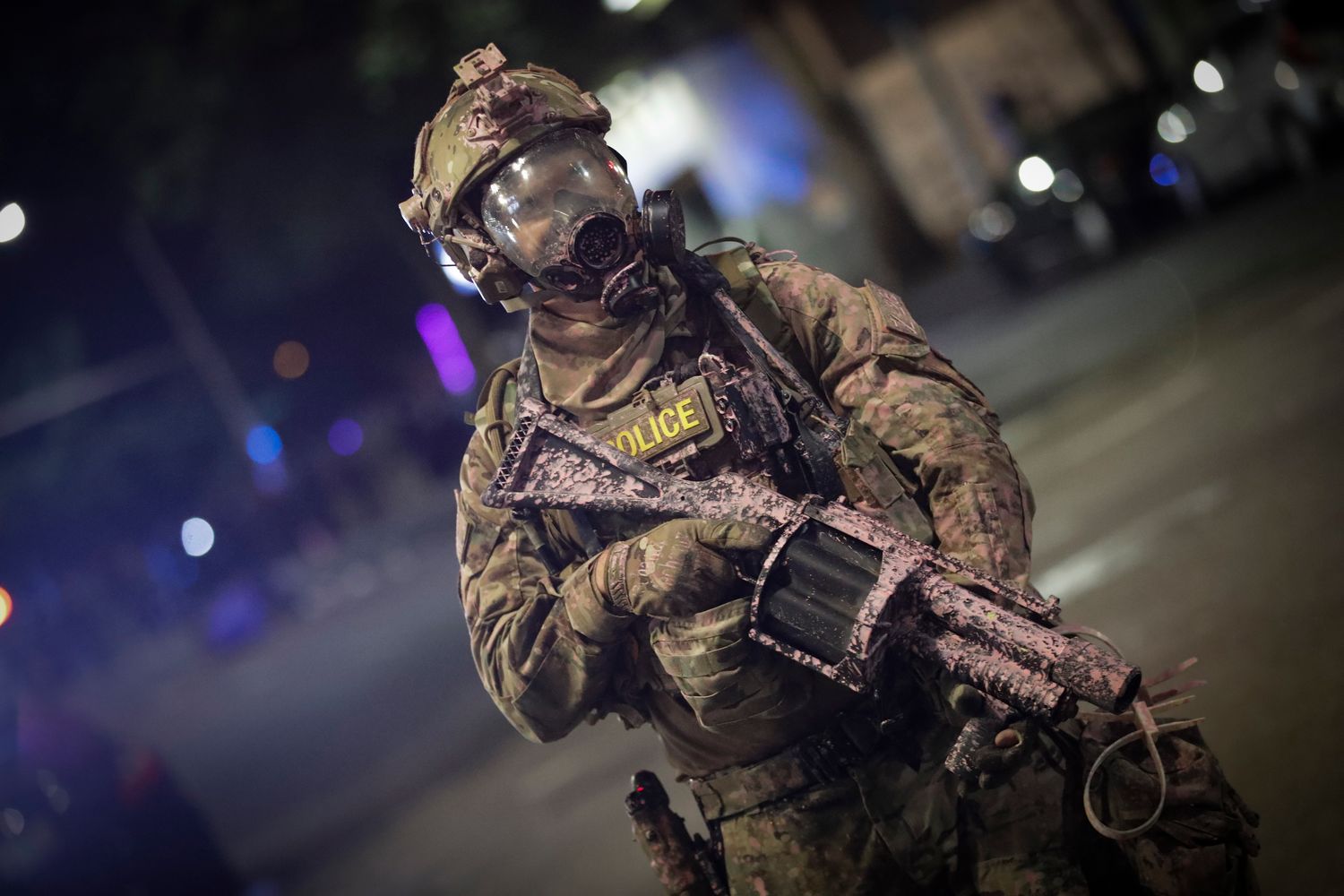 PORTLAND, Ore. — The mayors of six U.S. cities appealed Monday to Congress to make it illegal for the federal government to deploy militarized federal agents to cities that don’t want them, even as the Trump administration is considering sending more of them to Portland, Ore.

“This administration’s egregious use of federal force on cities over the objections of local authorities should never happen,” the mayors of Portland, Seattle, Chicago, Kansas City Albuquerque and Washington D.C. wrote to leaders of the U.S. House and Senate.

Early Monday, U.S. agents repeatedly fired what appeared to be tear gas, flash bangs and pepper balls at protesters outside the federal courthouse in downtown in Portland. Some protesters had climbed over the fence surrounding the courthouse, while others shot fireworks, banged on the fence and projected lights on the building.

President Donald Trump said Monday on Twitter that the federal properties in Portland “wouldn’t last a day” without the presence of the federal agents.

Homeland Security is considering sending about 50 additional Customs and Border Protection agents to Portland, according to an administration official who spoke on condition of anonymity because they were not authorized to speak publicly about the matter. The plan has not been finalized and it’s not clear if the officers would be replacing the officers on the ground.

The Trump administration says the forces are needed in Portland to protect the courthouse and other federal buildings. But the mayors said the officers have patrolled areas distant from the federal properties and arrested citizens without cause.

The mayors said they support legislative efforts to require notice and consultation with and consent from local authorities before deployments; require visible identification at all times on federal agents and vehicles unless on an undercover mission authorized by the local U.S. Attorney; and impose limitations on federal agents’ crowd control activities to protecting federal property.

Some protesters have accused Portland Mayor Ted Wheeler of hypocrisy because he has allowed Portland police to use tear gas and other riot-control weapons on protesters, including peaceful ones.

Demonstrations in support of racial justice and police reform in other cities around the U.S. were hit with violence over the weekend Protesters set fire to an Oakland, California, courthouse; vehicles were set ablaze in Richmond, Virginia; an armed protester was shot and killed in Austin, Texas; and two people were shot and wounded in Aurora, Colorado after a car drove through a protest.

Sunday evening, Portland police responded to a shooting at a park close to the site of the overnight protests. Two people were detained and later released, police said Monday morning. The person who was shot went to the hospital in a private vehicle and was treated for a non-life threatening wound.

Also late Sunday, police said someone pointed out a bag in the same park, where officers found loaded rifle magazines and Molotov cocktails. The shooting was not related to the items, police said. It was not clear whether the shooting or the material found in the bag was was connected to the protests.

The city has had nightly protests for two months since the death of George Floyd in Minneapolis in May. Trump said he sent federal agents to Portland to halt the unrest but state and local officials said they are making the situation worse.

How to find a monitor that pivots for portrait perfection

Biden Adviser to MSNBC’s Ruhle: ‘Thank You for Your Advocacy’

Can Super Eagles Beat the Blue Sharks Without UK Based Players? See the Full Gist

Migrants blocked from Europe, returned to Libya in ‘vicious cycle of cruelty’: report

10 Ways SEO Is the Secret to Brand-Building

Response from a Pro-Life Utilitarian (Sort of)