McCarthy unveils GOP roadmap in effort to win back the House 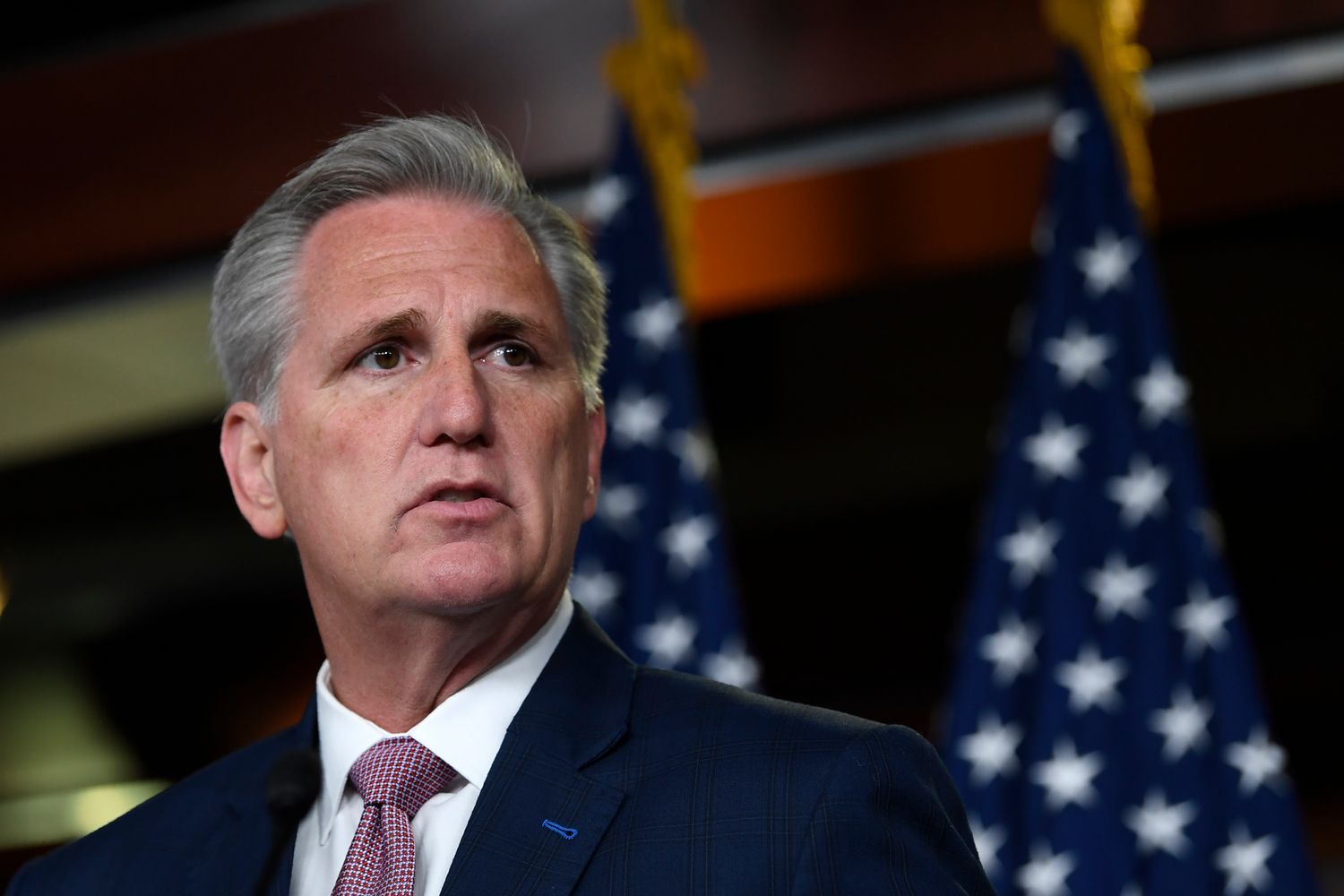 With just 50 days left until the November election, Kevin McCarthy is unveiling a blueprint that he hopes will bolster the GOP’s long-shot bid to take back the House — or at least help the party chip away at the Democratic majority.

McCarthy, the House minority leader, plans to roll out the GOP’s election-year agenda on Tuesday, aiming to win over voters with broad calls for defeating the coronavirus, supporting law enforcement and rebuilding the battered U.S. economy.

The document — dubbed “Commitment to America” and previewed by POLITICO — represents a tacit admission by House Republicans that it’s simply not enough to oppose the Democrats’ coronavirus proposals. McCarthy and other House GOP leaders are eager to outline their own economic recovery plans and show their vision to respond to the pandemic, especially with bipartisan coronavirus talks stalled on Capitol Hill. President Donald Trump has also seen his polling suffer because of his handling of the pandemic, which has left more than 190,000 Americans dead and caused havoc for the U.S. economy.

Republicans need to pick up 17 seats to win the House, and the likelihood of that happening is low. But McCarthy says releasing a GOP agenda will boost their chances come Election Day.

“House Republicans have to have a plan. How can we work to help this country move forward?” McCarthy said in a telephone interview on Monday. “The fundamental thing you have to do is, how do you defeat this virus and make America healthy? So we lay out a plan within there. At the very start, we tackle Covid.”

The main themes of the Republican agenda are “Restore Our Way of Life,” “Rebuild the Greatest Economy in History,” and “Renew the American Dream.”

McCarthy is trying to rally his party around a unified plan without alienating Trump, whom the California Republican has closely allied himself with since 2016. Trump needs to perform well if the GOP has any shot at making meaningful gains in the House and holding on to the Senate; the results will also do much to shape McCarthy’s own political future.

While the political environment is tough for them, the House GOP’s latest document — which was crafted with input from across the Republican conference, including more than 150 policy submissions, according to McCarthy — highlights a mix of broad thematic strokes and specific policy provisions.

“We’ve been working on this for quite some time, talking about policies that would put the country on a better track,” McCarthy said.

Yet at times, the House Republican agenda contradicts some of Trump’s own rhetoric and actions. The one-page memo, for example, calls for finding bipartisan solutions to tackle the nation’s debt and protect Social Security and Medicare. But the federal debt has soared by trillions of dollars under Trump, while the president’s executive action on the payroll tax deferral threatens the funding mechanism for both programs.

The House Republican’s agenda also shares many of the same themes that Trump and the GOP touted at the Republican National Convention last month. That includes prioritizing “school choice” for children; opposing efforts to “defund the police” in the wake of racial unrest and protests while calling for additional $ 1.5 billion federal funding for police training; and pouring $ 200 billion in forgivable loans for small business through the Paycheck Protection Program.

McCarthy appointed a China task force earlier this year, and the House GOP agenda vows to implement the recommendations that will come out of that group. Key to that are efforts to increase U.S. manufacturing, as well as reforming “our supply chain for critical needs like medicines, protective medical equipment, and technology.” Trump has sharply ramped up his anti-China rhetoric during his reelection campaign — notably calling the coronavirus the “China virus” — while accusing former Vice President Joe Biden of being “weak on China.”

On the coronavirus, House Republicans call for tripling rapid testing and “developing a vaccine that is safe and tested by the end of 2020.” Trump has suggested in recent campaign appearances that a vaccine could be ready “during the month of October,” although medical experts have warned it could take months or perhaps longer.

All but one Republican voted against the House Democrats’ $ 3.4 trillion coronavirus relief package in May, legislation that included hundreds of billions of dollars in new government aid for testing, schools, and small businesses, as well as increased federal unemployment payments and nearly $ 1 trillion for state and local governments. McCarthy defended the GOP’s opposition to the bill, dismissing it as an unserious liberal wishlist that has no shot at passing the Republican-controlled Senate.

The House GOP document also calls for new federal investments in “therapeutics and cures while lowering drug prices across the board.” Trump issued an executive order designed to lower drug prices on Sunday, although it’s unclear what impact the president’s action will have, if any.

Another key part of the House GOP’s election-year strategy is attempting to define the Democrats’ agenda as “Defund, Dismantle and Destroy,” a refrain McCarthy’s been using regularly for months. Republicans from Trump on down have been trying to tag Biden as a puppet of the left, despite running as a centrist in the primary.

McCarthy’s memo also includes priorities typical of a GOP platform, such as supporting veterans, upholding free speech, protecting religious liberties, and safeguarding the Second Amendment. While the ideas might seem obvious, reiterating the GOP’s support for such core principles could help bring Republicans skeptical of Trump back into the fold.

McCarthy has also touted the GOP’s largely successful efforts to recruit more female and minority candidates, which he believes will help make the party more competitive in key swing districts. The lone Black House Republican, Will Hurd, isn’t seeking reelection this year, and there are just 13 women in the House GOP caucus. But the agenda does not include any explicit mention of how to address racial injustice.

McCarthy defended the single-page memo, maintaining it was designed to be succinct and focus on topline issues. He also argued that the document offers a clear roadmap for what House Republicans could accomplish if they win back the majority, which could boost GOP congressional candidates running up and down the ballot.

“This helps,” McCarthy said. “People are very clear on what we would do [in the majority] and it shows a real contrast with what the Democrats are doing.”

Trump Is a Pit Bull Fighting For America

Quick guide: COVID-19 vaccines in use and how they work

Sunday Night Owls: A rethinking of anti-monopoly policy could rein in corporate power

Films on MUBI in October