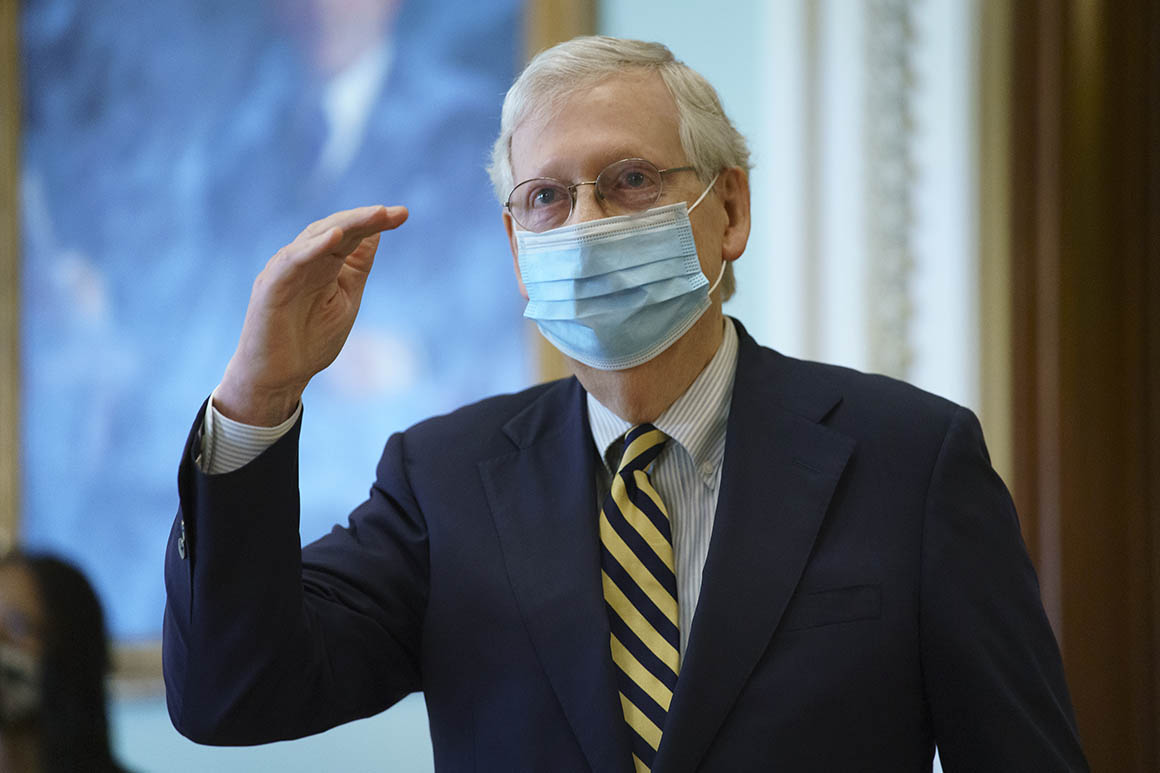 Senate Majority Leader Mitch McConnell said Saturday that the Senate will hold two votes next week on a half-trillion-dollar coronavirus relief package, even as the chances of Congress approving a broader deal before the election remain slim.

The Senate will vote Tuesday on additional money for the Paycheck Protection Program and Wednesday on the rest of the package. Democrats have already dismissed the GOP approach as inadequate, and are not expected to support the proposals.

“Speaker Pelosi keeps saying she feels ‘nothing’ is better than ‘something’ and clinging to far-left demands that are designed to kill any hope of a deal,” McConnell said Saturday. “Working families have spent months waiting for Speaker Pelosi’s Marie Antoinette act to stop. They should not have to wait any longer.”

Next week’s coronavirus relief proposal will be nearly identical to legislation Republicans attempted to pass in September, which included $ 300 in boosted federal weekly unemployment benefits through the end of December, as well money for testing and reopening schools.

McConnell’s move comes as Speaker Nancy Pelosi and Treasury Secretary Steven Mnuchin continue to discuss a broader relief package. With control of the Senate a toss-up in the upcoming election, vulnerable Senate Republicans have repeatedly called for Congress to reach an agreement.

President Donald Trump has encouraged Senate Republicans to “go big” on another stimulus and suggested this week that he could persuade the GOP to get on board. But McConnell has made clear his caucus will not support anything close to the $ 1.8 trillion in relief the White House is proposing.

“He’s talking about a much larger amount than I can sell to my members,” McConnell said earlier this week.

Earlier this month, Senate Republicans lashed out at Mnuchin and White House Chief of Staff Mark Meadows on a private call, warning there would be no appetite for a larger stimulus ahead of the Nov. 3 election.

The impasse over coronavirus relief comes as cases continue to rise nationwide, with more than 218,000 Americans dead from the disease and millions more unemployed.

Zachary Warmbrodt contributed to this report.

How to Enable and Use Raise to Speak on Apple Watch

Lucid Motors Studios: A car-buying experience unlike any other

‘Now it is your turn’: John Lewis issues call to action in posthumous op-ed

11+ Breathtaking Things to Do in Kanab Utah

Support for Trudeau’s handling of COVID-19 not enough to win him a majority: Ipsos…

The Polish Soldiers Who Helped Defeat Hitler in Normandy: A Forgotten Story

A Business Built on a Foundation of Value and Trust

NBA Draft lottery 2021, explained: Updated odds for every team to win the No. 1 overall pick

What You Need to Know About Live Events in 2021

USA fact of the day

How much income tax will Biden and Harris pay under their proposed hikes? These accountants say theyve found an answer

DOWN UNDER & the Great Reset

Colorado Mayor Bans Pledge Of Allegiance At Board Meetings…

Infrastructure ‘bipartisanship’ still not a…