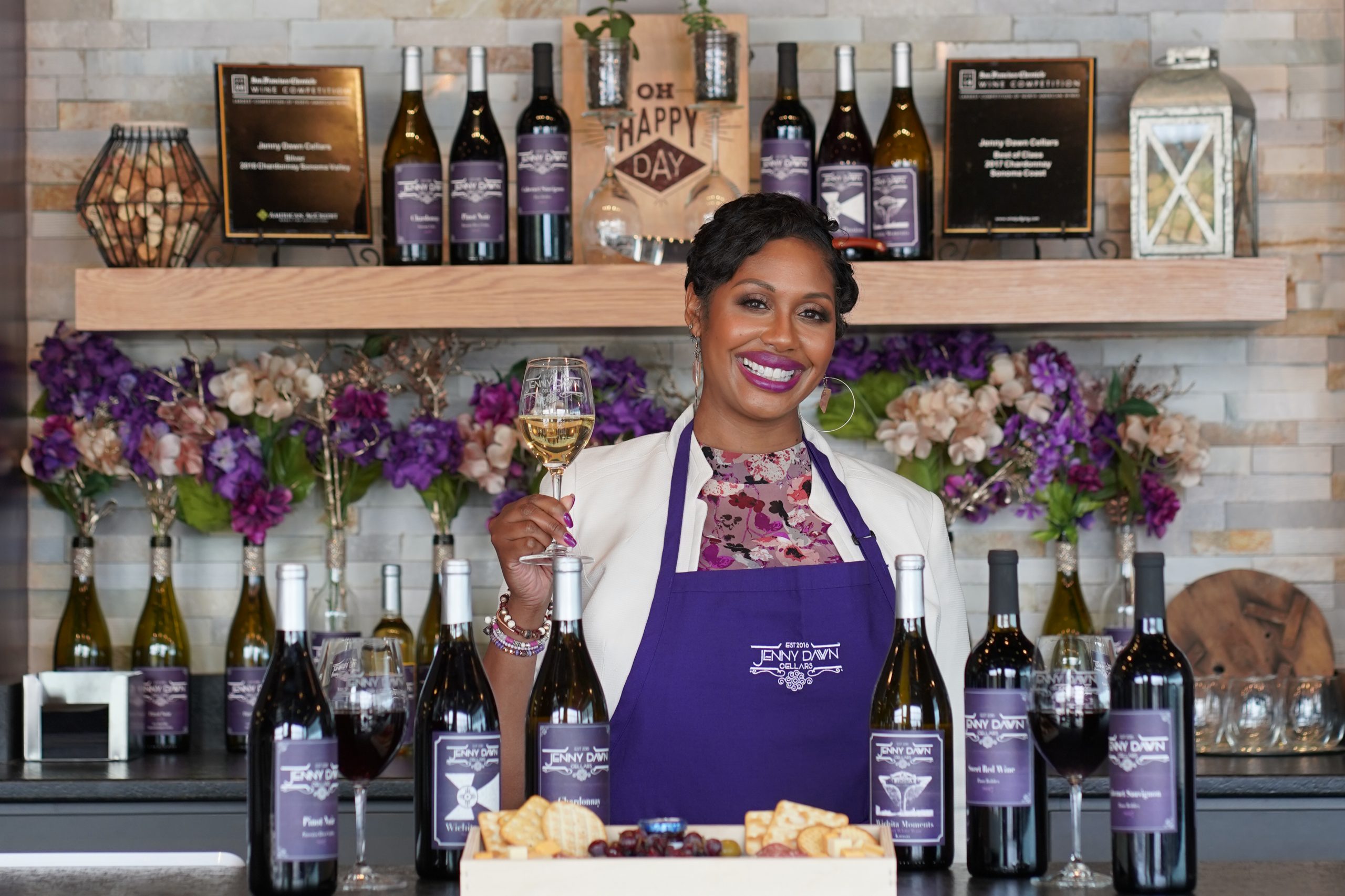 Black Enterprise reports: “Amid all that is transpiring around the world, and beyond the borders of our own backyards, it is always refreshing to capture milestones of cultural progression. Jenny Dawn Cellars was founded by Jennifer McDonald and her family in 2016. Within a few short years, it has increasingly grown from an incubated concept into Wichita’s first urban winery startup. Last November, the doors were officially opened in the south end of Union Station where it boasts a tasting room, event venue, and on-site wine production”.

” After conducting consumer market research during graduate school at Kansas State University, McDonald discovered that there was a demand for consumers to access fine wine within a winery set in the urban core of Wichita. Traditionally, wineries were in rural areas not easily accessible to city-dwelling consumers. She wanted to make and sell wine in close proximity to this under-served market and chose the recently restored Union Station in downtown Wichita”.

“As the first black winemaker and winery owner in Kansas, it was not an ease-on-down the yellow brick road stroll. McDonald received major pushback with her business model through regulation and licensing. “It was challenging to finance my business. I always felt like an underdog when it came to negotiating contracts even though I had a business attorney.”A strong piece of advice pulled from the entrepreneurial journey of Jenny Dawn Cellars is to never go alone”.

Wearable technology can help in at-home assessment of myoclonic jerks —…

Bad: China Is Building New ‘Great Wall’ And This One is Under Sea

LAST LAPS: Kyle Busch wins in Texas twice in a row, sort of…

Get the Best Big Screen Android Experience With These Tablets

The prettiest white-sand beaches in the UK

How Nintendo could improve Zelda: Skyward Sword with a Switch remaster – Reader’s…

Are you a victim of anti-finance?

Govt to introduce bill in Lok Sabha Monday to repeal…