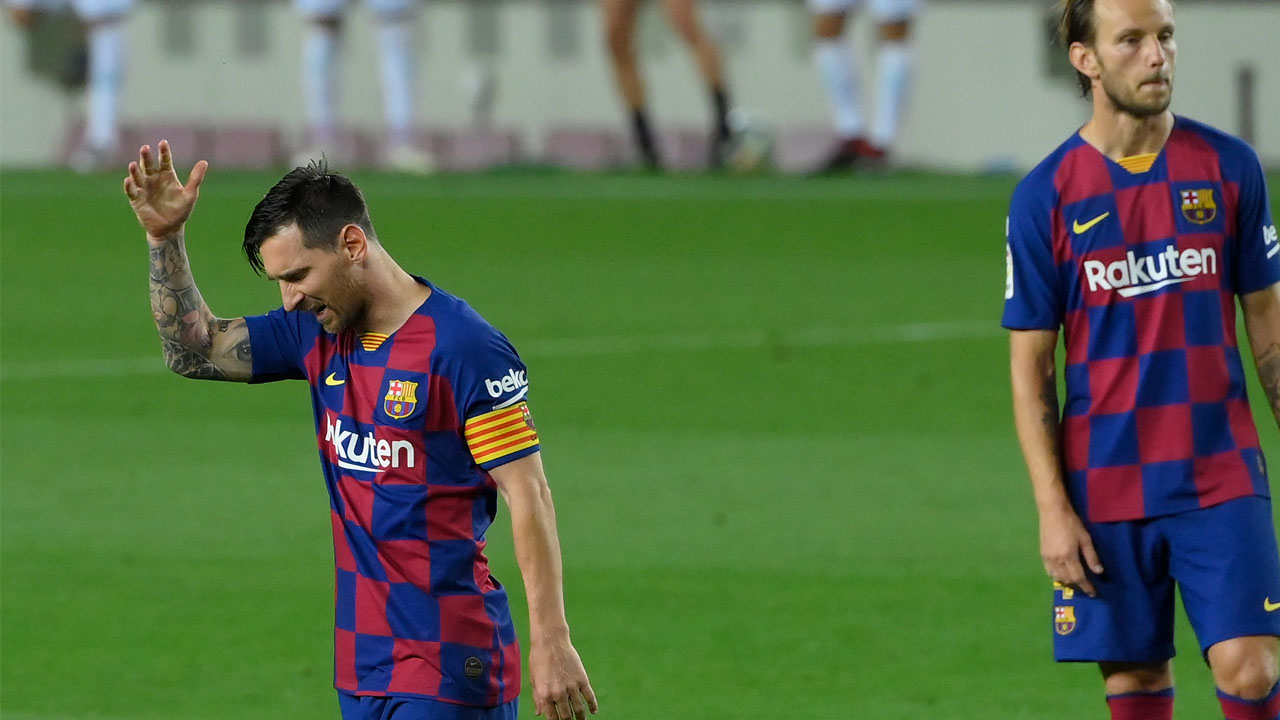 A frustrated Lionel Messi called for change after Barcelona handed the La Liga title to Real Madrid on Thursday, warning the team will lose in the Champions League as well if they fail to improve.

Barca’s title challenge ended with a whimper at Camp Nou, where they were beaten 2-1 by Osasuna while Madrid’s 2-1 victory at home to Villarreal ensured they were crowned Spanish champions.

Defeat increases the pressure on coach Quique Setien, who took over in January with Barcelona sitting top of the table.

Club president Josep Maria Bartomeu has said Setien will remain in charge for the Champions League next month, when Barca play their second leg at home to Napoli, with the last-16 tie in the balance at 1-1.

“The feeling of the team is that it tries but can’t do it, that we leave a lot to be desired in many areas and today in the first half I think they were better than us,” Messi said after the loss to Osasuna.

“I said long ago that if we continued in this way, it would be very difficult to win the Champions League and that has been shown to be the case in La Liga too.

“If we want to fight for the Champions League we will have to change a lot because otherwise the match against Napoli, we will lose that as well.”

Messi scored a brilliant free-kick against Osasuna but it was not enough. Madrid pulled seven points clear of Barcelona ahead of Sunday’s final round of games.

“We didn’t expect or want to finish like this but it almost sums up the whole year,” said Messi. “We have been very inconsistent, very weak, beaten on intensity or desire.

“They created chances very easily and scored. During the whole year we have been inconsistent and we have lost a lot of points where we shouldn’t have. This game showed what this year has been about for us.”

‘We have to be self-critical’
Messi has been critical of the board this season and suggested everyone at the club should take their share of the blame.

“After the break Madrid have not lost any games and they deserve credit for that but we have also helped them a lot,” said Messi.

“We lost a lot of games that we should not have lost and we have to be self-critical, starting with the players, but it has to be a total self-criticism from everyone because we are Barcelona and we are obliged to win the matches whatever happens and instead look at us.”

If Barcelona come through against Napoli, they will face Bayern Munich in the last eight, with a compressed format of single legs all the way through to the final.

“I think we need a little air, this break will be good for us, to clear our heads, forget about everything that has happened,” said Messi.

“It has been very bad from December until now but it is the Champions League and there are four games that can give you a trophy that we all want. But we have to change a lot and be very self-critical.”

How to Clear DNS Cache in macOS

Target, CVS Shoppers Will Be Required To Wear Masks