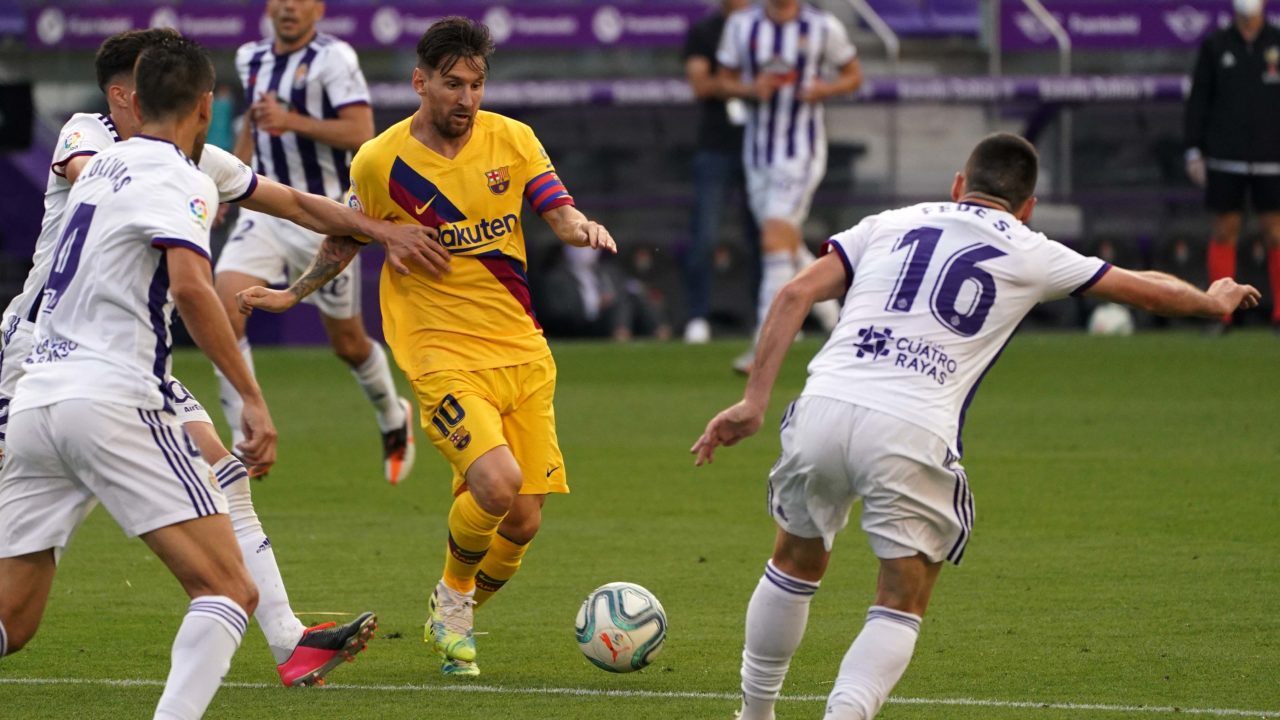 Lionel Messi made it 20 assists for the season in Barcelona’s stodgy 1-0 win over Real Valladolid on Saturday, even as his team’s La Liga challenge appears almost over.
Messi teed up Arturo Vidal’s winner at Jose Zorilla to become the first player to provide 20 assists in Spain’s top flight since Xavi Hernandez in 2009.
Victory for Barca means Real Madrid cannot clinch the title on Monday by beating Granada but only an incredible collapse will prevent them putting their name on the trophy later in the week.
If they beat Granada, Madrid will win La Liga by prevailing at home to Villarreal on Thursday, regardless of Barcelona’s results.

Get the full details on The Guardian News

Unhappy over not getting chance to speak in last meet, Mamata to skip PM’s…

Will cutting my cholesterol cause dementia? DR MARTIN SCURR answers your health…

Gay preacher dressed in drag for children’s sermon about joy. Guess how the…

Quantum entanglement: A tardigrade has survived being placed in a strange quantum…

5 Tips For Your Success in Online Casino Games

How Healthy Is U.S. Democracy One Year After Jan. 6?

The creaky, mediocre Los Angeles Lakers should have seen this coming

Packers’ Aaron Rodgers on being outspoken: ‘I don’t want to apologize for being myself’

NBA awards race: Predictions for MVP, Rookie of the Year and…