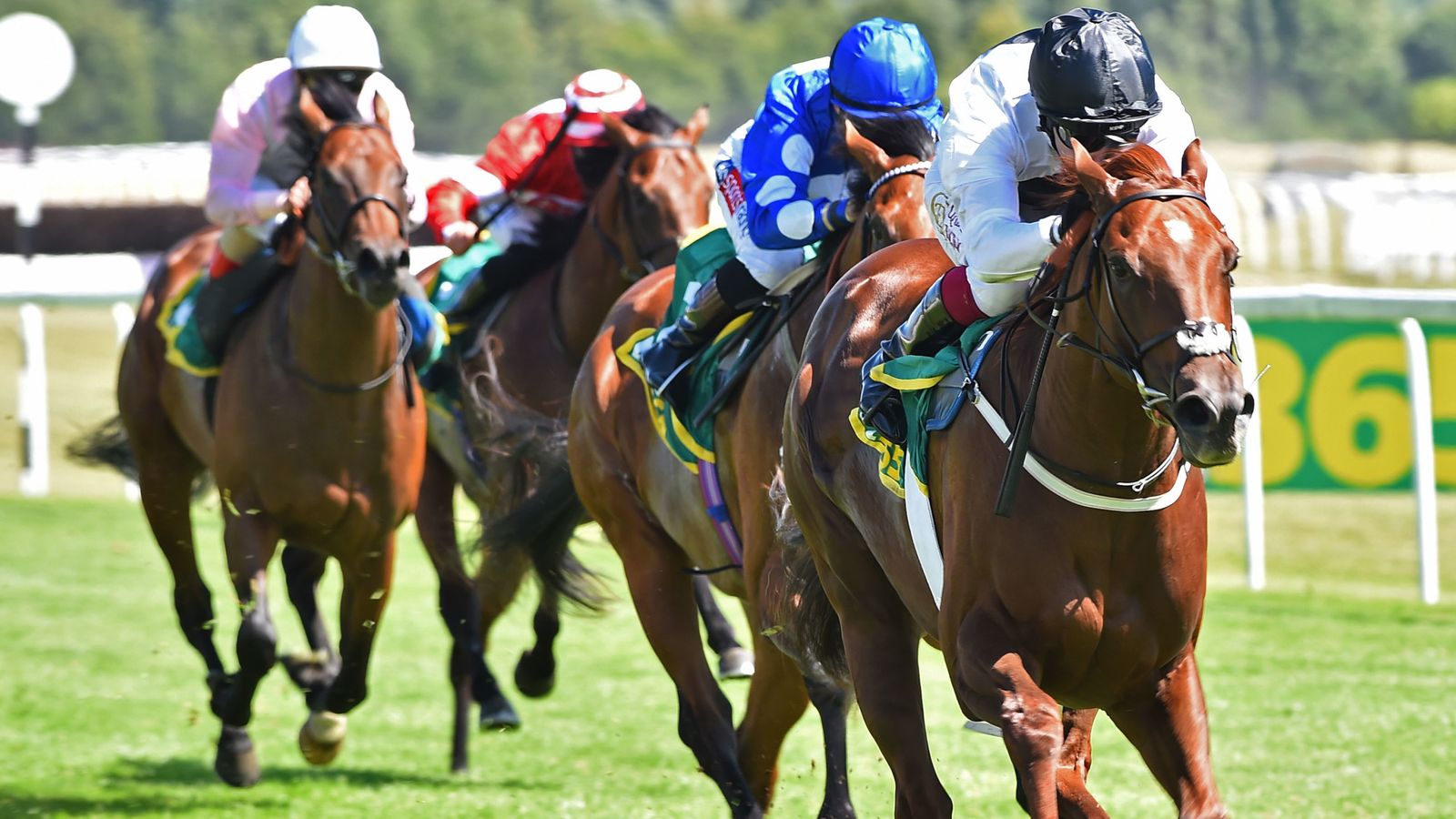 Method enhanced his position as the new flag-bearer for trainer Martyn Meade after maintaining his unbeaten record in the bet365 Rose Bowl Stakes at Newbury.

Having been forced to retire Group One winner Technician through injury following his defeat in the Ascot Gold Cup, the Manton handler appears to have found another potential top-level performer judging by his ready victory in the Listed contest.

Warming to the task well for Oisin Murphy, the 5-6 favourite picked up smartly during the closing stages to overhaul Windsor Castle fifth Mighty Gurkha and go on to prevail by two and a quarter lengths, backing up his debut success at Doncaster.

Meade said: “I think he is very good on that showing. It was a hands and heels ride and the horses finished in the right order. He lived up to every expectation. I was really pleased with him.

“He did it like a true professional. He was in the stalls for a long time, which is always a bit of a worry, but he was last time as well so he doesn’t worry about that particularly.

“He got a really nice tow into the race, so it all panned out well for him. He is the sort of horse that if it did go wrong in a race he would put it right. You could have picked him out early on at home and he has just gone on progressing. He is a simple horse and the best ones always are.”

Meade hopes Method can be a contender for next year’s 2000 Guineas – for which he is 25-1 chance with William Hill and bet365 – but before that an outing in the Group Two Qatar Vintage Stakes Goodwood or the Group One Prix Morny at Deauville is likely to be next on the agenda.

He added: “He is on an upward trajectory, so maybe we could go for the Richmond or maybe to France. I would have thought we would look at the Dewhurst or Middle Park at the end of the year.

“It would be good if he could get a mile, which I think he will, then we could go Newmarket for the Guineas which would be good.”

There was no disguising how highly Richard Hannon regards Fly Miss Helen as he earmarked the Moyglare Stud Stakes as an option in the wake of her impressive victory in the bet365 EBF Maiden Fillies’ Stakes.

Hannon said of the 11-4 joint-favourite: “It has been a long time between drinks for Mr Tyrell (joint-owner) and it has been a while since he had a filly like that. I’m thinking of the Moyglare or something like that. She wants seven furlongs badly.

“I’m not in any mad rush with her as she is a filly for next year. The Sweet Solera is over seven so we could look at something like that, there is the Prestige at Goodwood, but I’m not sure that track would suit her. She is a very good filly.

“She is very classy and elegant. I wanted to go seven furlongs, but this was here (over six) and it’s a nice track just up the road.”

Guru (8-1) followed in the hoofprints of stablemate Encipher to give trainer John Gosden back-to-back victories in the bet365 EBF Novice Stakes, showing a commendable attitude to deny fellow newcomer Maximal by a nose in the seven-furlong prize.

Thady Gosden, assistant to his father, said: “He was a little green in the race and a little nervous, but he did everything Adam (Kirby) asked him.

“A mile would be within reach, but he handled the seven fine today and we will possibly keep him at that next time out. He might be one to treat gently and take to another novice before putting him into stiffer company.”

Keep Track of Animal Crossing’s Sea Creatures with this Checklist

Opinion: Selling losing stocks now is a smart tax move. Buying them back before…

Will Closing Schools Be Fatal for Dems in November?

How Hungary is Combating Population Decline

Psaki: Domestic Travel Ban for Unvaccinated Not Off the Table