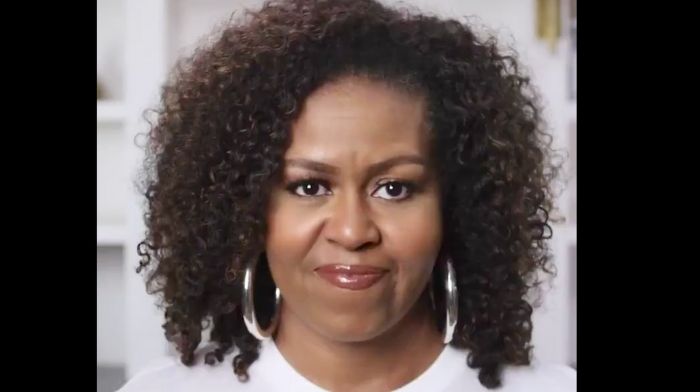 It has just been announced that former First Lady Michelle Obama will be launching her own podcast on Spotify, and it will be addressing what she describes as America’s “nationwide reckoning with race.”

The podcast, which is set to premiere on July 29, will be produced by Michelle’s own independent production company Higher Ground. Reportedly, it will aim to “show us what’s possible when we allow ourselves to be vulnerable, to open up, and to focus on what matters most,” according to Deadline.

“My hope is that this series can be a place to explore meaningful topics together and sort through so many of the questions we’re all trying to answer in our own lives,” Michelle said in a statement. “Perhaps most of all, I hope this podcast will help listeners open up new conversations — and hard conversations — with the people who matter most to them. That’s how we can build more understanding and empathy for one another.”

Every relationship starts with a conversation.

The show will reportedly feature a variety of guests that include Marian and Craig Robinson, Conan O’Brien, Valerie Jarrett, Michele Norris, and Dr. Sharon Malone.

“What I love about these conversations is that they’re topics and issues that we’re all dealing with, no matter what’s going on whether that’s a global pandemic or a nationwide reckoning with race,” Michelle said in the video announcing her podcast.

“At Spotify, we seek to connect listeners with the world’s most authentic and compelling voices,” said Dawn Ostroff, the Spotify Chief Content and Advertising Business Officer. “We believe that audiences across the globe will be inspired by these most candid, most human, and most personal conversations between First Lady Michelle Obama and her guests.”

Michelle has been staying busy as of late with her voter organization When We All Vote, which has been pushing vote-by-mail as the presidential election gets closer and closer. Though the group claims to be bipartisan, it’s clear that its real aim is to ensure President Donald Trump loses this election. Michelle will undoubtedly be shamelessly using her upcoming podcast to further this goal as well.

This piece was written by PoliZette Staff on July 16, 2020. It originally appeared in LifeZette and is used by permission.

Small Learjet Aircraft Crashes Into Building In US’ Connecticut: Report

iOS 14: How to use the App Library

Woman’s odd headache was from tapeworm larvae in her brain

What channel is USA Network? How to watch Notre Dame-Clemson during Joe Biden’s…

Networks: Trump Is ‘Bulldozing…American Democracy’ with ‘Stunning Words’ on…

IDC: Global smartphone market grew by 13.2% in Q2 with Samsung in the lead

That ‘Team Beto’ Fund-Raising Email? It Might Not Be From…

Capitalism is the Ultimate Form of Humanism