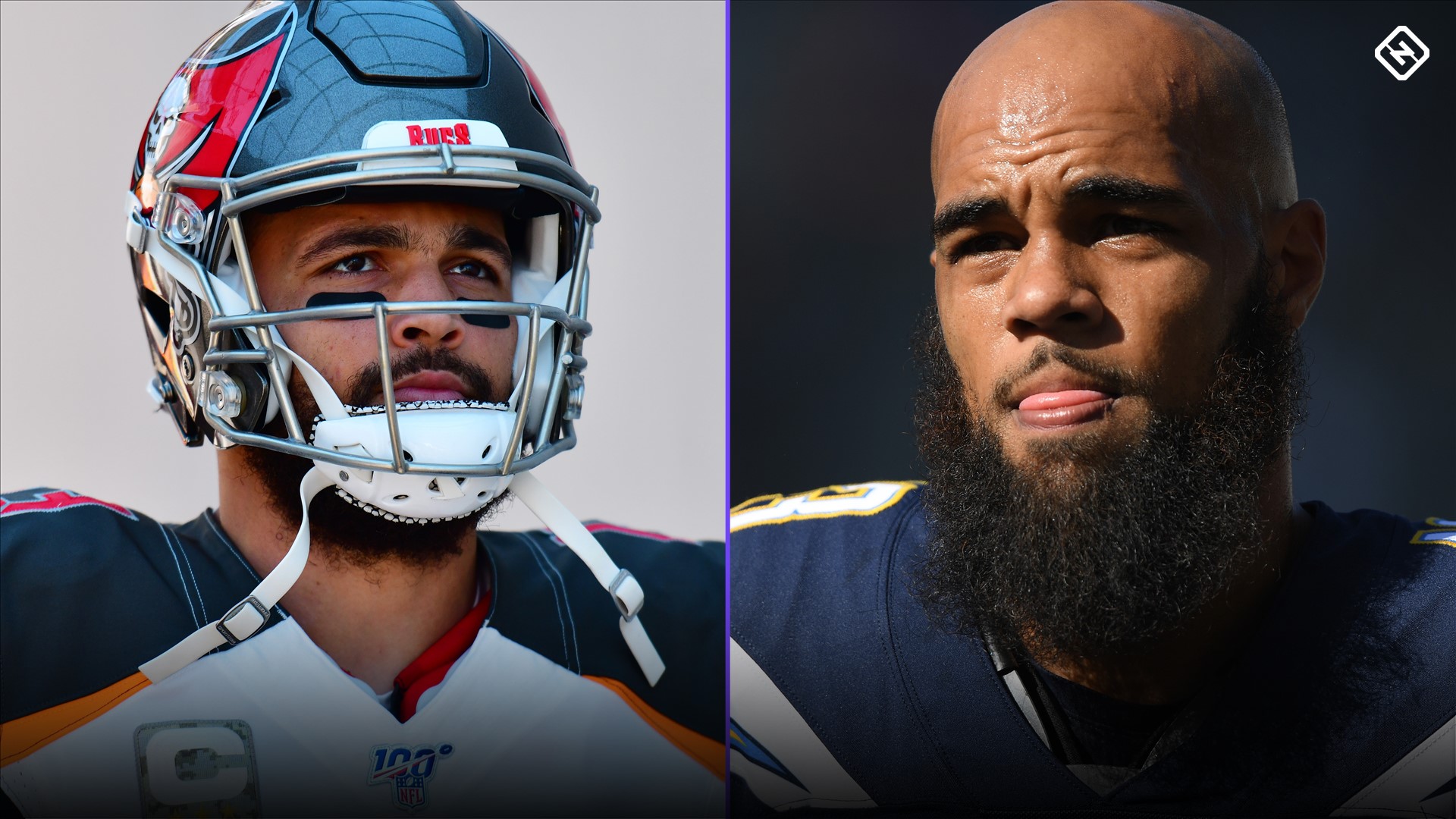 Mike Evans and Keenan Allen are among the NFL’s best wide receivers, but just how good they are relative to one another is up for debate.

After Allen called out Evans, Tyreek Hill and Chris Godwin on Twitter, declaring them inferior to him, he heard back from Evans.

Wrote Allen: “Ok I’m tired of biten my tongue… @cheetah @MikeEvans13_ @chrisgoodwin … ( and the list goes on) ARE NOT a better reciever than me! Faster than me…every day of the week but separation..CHILD PLEASE!”

Responded Evans: “You tagged the wrong Chris Godwin lol and don’t be mad at us we ain’t make the rankings or care about em. I like the confidence but be realistic you not on my level bro.”

Hill retweeted both Allen and Evans, acknowledging the back-and-forth, while Godwin poked fun at Allen misspelling his name.

You tagged the wrong Chris Godwin lol and don’t be mad at us we ain’t make the rankings or care about em. I like the confidence but be realistic you not on my level bro https://t.co/AONodMpfkW

MORE: Jamal Adams, Le’Veon Bell go at it on Twitter after trade

Allen also wrote he was the best receiver in the AFC West “without question.”

The Chargers’ wideout might not be correct in his assessment, even if the confidence is admirable. At the very least the comparison is close rather than unquestionable. Over the past three seasons, Allen has averaged 6.3 catches and 78.9 yards per game. Evans has averaged 5.1 receptions and 83.7 yards per game over that span, while Hill has averaged 5.1 and 81.9. Godwin has been in the league just three years, making a statistical comparison somewhat unfair, but he did rack up 1,333 total receiving yards in 2019.

Allen, Evans and Godwin will play with new quarterbacks this season after the Chargers let Philip Rivers depart this offseason and the Buccaneers replaced Jameis Winston with Tom Brady. Hill will continue his partnership with MVP candidate Patrick Mahomes.

A team couldn’t go wrong with any of the four pass catchers. They each have their own strengths — Allen said he was slower than the rest but a better route runner — and will likely put up monster years in 2020.

Ex-Sanders Campaign Chair: Voting for Biden Is Comparable to Eating a ‘Bowl of Sh*t’

Documents continue to confirm ICE surveillance and retaliation against activists

Why Russia Is Not An Aircraft Carrier Power

9 Things Anyone Can Get for Free on Amazon