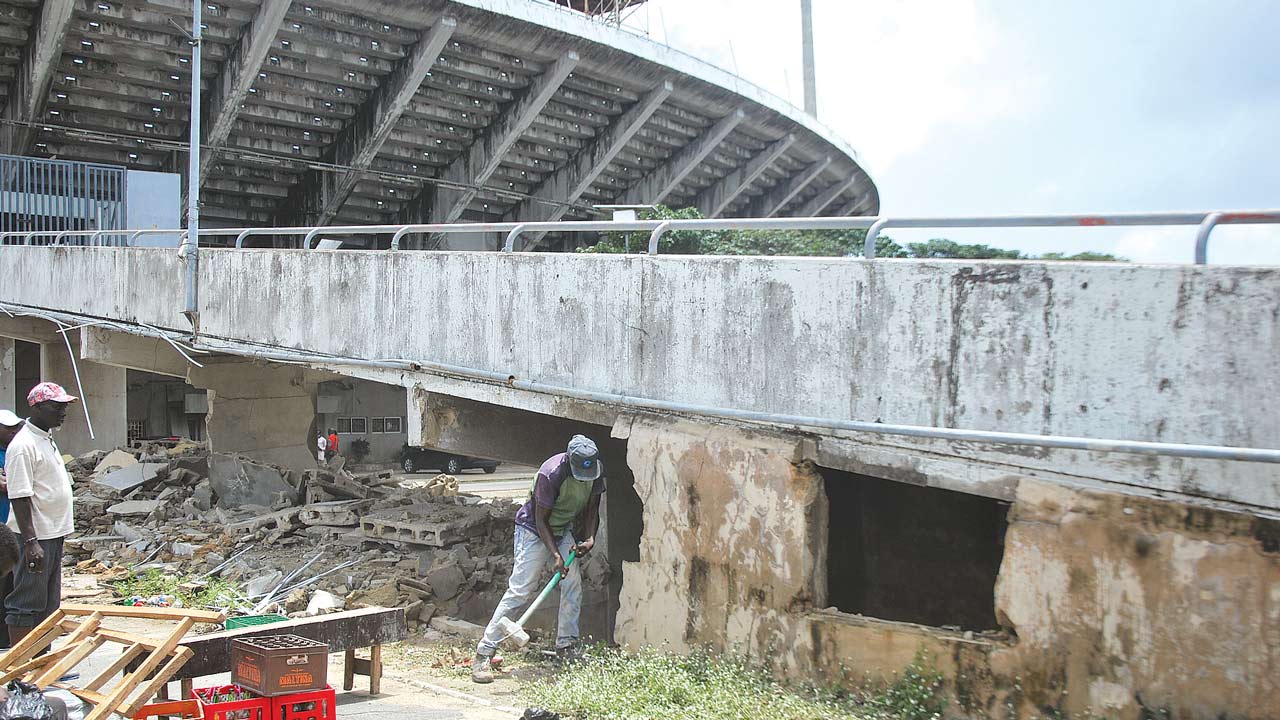 Sports Minister, Sunday Dare, yesterday disclosed that the Federal Government would build a shopping mall inside the Lagos National Stadium to take care of some of the shops displaced at the sports complex.

He also disclosed that the stadium would no longer be neglected to the extent that some people would turn it into a big drinking bar.

Speaking in Lagos, Dare said the on going demolition of illegal structures at the stadium is aimed at bringing the venue back to shape, adding that it is part of the process leading to the eventual concession of the venue to the private sector.

According to Dare, investors have indicated their interest in putting their money into the structure, which when completed will be operated as a public private sector partnership.

“What we are doing right now is to ensure that the stadium serves the purpose for which it was built.

“When you go there now, you will see that the stadium has started regaining its beauty. We plan to correct the distortion that has turned the stadium into a huge drinking spot.

“We also plan to build a shopping mall in the complex, where people can come and buy their sporting goods, among other things.

“What we are doing is in the interest of Nigerian youths and to demonstrate that we are not out to witch-hunt anybody, we will allow the displaced shop owners with genuine businesses in the stadium to rent shops in the new mall.”

The Ministry of Sports recently set up a committee to demolish illegal structures in the National Stadium and restore the edifice to its former shape.

The committee, which membership are drawn from both the private sector and ministry of sports, has already concluded the first phase of its mandate (demolition of illegal structures) and is now clearing the rubbles from the complex.

Study suggests need for better ventilation and tight-fitting masks, in addition to…

No new COVID-19 cases in Manitoba on Sunday; 12th day in a row

My father disowned me after divorcing my mother, and left my sister everything.…

Where to find the best Italian gelato