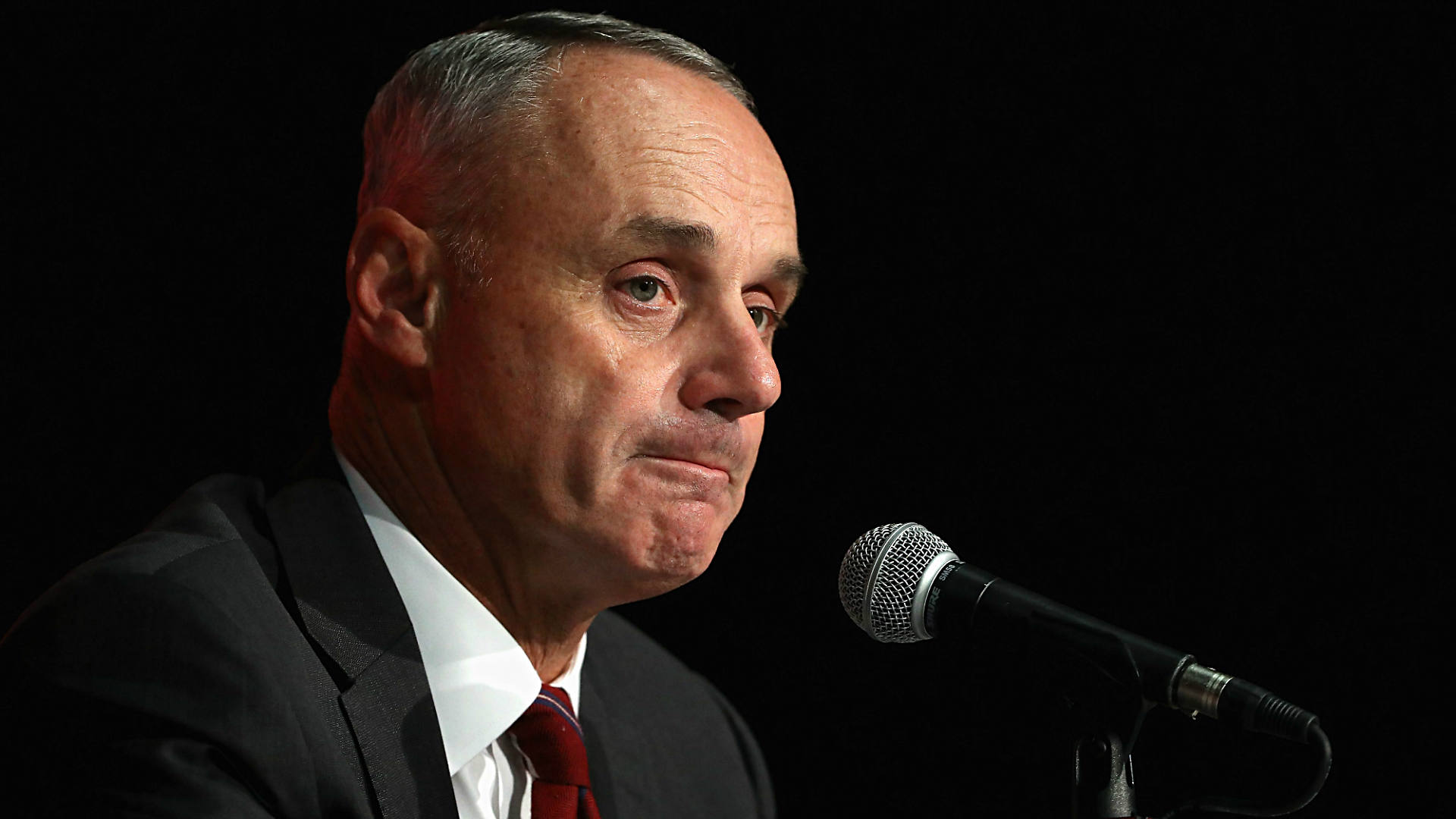 MLB commissioner Rob Manfred talked to owners and went on MLB Network on Monday to explain his approach to the 2020 season after at least 14 members of the Marlins tested positive for COVID-19 over the weekend.

Manfred made clear he doesn’t intend to cancel the season, but he wasn’t able to provide firm parameters for what might force a hard stoppage to the campaign nor did he attempt to assuage concerns that coronavirus outbreak had spread from the Marlins to another MLB team.

The league postponed two games scheduled for Monday but let nine others go on. Another one between the White Sox and Indians was postponed because of rain. The Marlins’ Tuesday contest against the Orioles has also been placed on hold.

Dodgers pitcher David Price, who opted out of the season, was among those critical of MLB on Monday after reports of the Miami outbreak emerged. Price said he was at home because the league couldn’t be trusted to take care of its players.

“I can see that hasn’t changed,” Price wrote on Twitter.

Manfred said he disagreed with Price’s assessment during his TV interview.

Here are the main takeaways from what Manfred said:

The most concerning part of Manfred’s conversation with owners and TV spot was his inability to set a positive test total that would stop action around the league right away. It was also worrisome how he framed the matter as one of competitiveness and health, rather than just the wellbeing of players.

Manfred started out his TV interview by focusing on safety, telling Tom Verducci, “Our first concern, obviously, is the health of the players and their families and making sure we do everything possible to minimize the spread of the virus among our employees.”

But when asked specifically what it would take to end the season, Manfred began by framing things from an on-field perspective.

“I think a team losing a number of players that rendered it completely non-competitive would be an issue that we would have to address and think about making a change,” Manfred said.

Manfred added that if it “starts to become a health threat” there could be a shutdown, but did not explain at what point MLB would view the infection of its players as dangerous. He also said this was not a nightmare scenario.

Each MLB team has a 60-player pool it can draw from this season and a specific coronavirus IL designation it can use on infected players.

Manfred acknowledged the source of the COVID-19 spread within the Marlins’ clubhouse was unknown despite the presence of contact tracing methods with each team.

Knowing where the outbreak started is important because it would allow MLB to grasp who else the virus might have infected.

“We have some theories as to what might have happened, but nothing definitive at this point,” Manfred.

Manfred said additional COVID-19 tests would help determine whether MLB would cancel additional games. For now, though, the plan is for the Marlins to resume action Wednesday night in Baltimore.

Crypto is reshaping the world economy, 50 years after Nixon ended the dollars peg to…

What channel is the World Series on tonight? Time, TV schedule to watch Dodgers vs.…

Football politics and the footballer

How Talent Development Makes a Positive Impact on Your Business