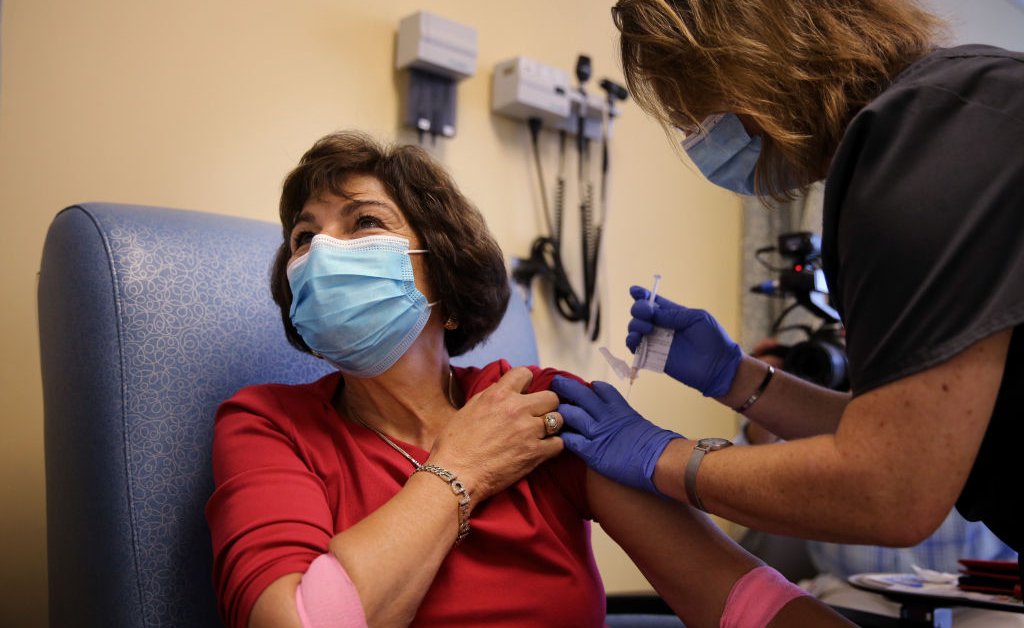 For weeks now, U.S. President Donald Trump has repeatedly made predictions, sometimes verging on promises, that a COVID-19 vaccine is imminent. “We remain on track to deliver a vaccine before the end of the year and maybe even before November 1st,” he said at a Sept. 4 news conference. “We think we can probably have it some time during the month of October.” As the Washington Post reported last week, administration officials say the President has become “fixated” on speeding up a vaccine development process that is already underway at an unprecedented rate and scope, to the point where nothing else captures his attention.

This single-mindedness is driving up skepticism among Americans about the viability of a coronavirus vaccine that comes through the U.S. Food and Drug Administration (FDA) approval process. According to a poll by the Kaiser Family Foundation published Sept. 10, a majority of U.S. adults, 62%, said they’re worried that that pressure from the White House could lead the FDA to approve a vaccine before it’s determined to be safe and effective.

Despite Trump’s promises, it will likely be months before a coronavirus vaccine is available to the public, but these polling data may not bode well for American’s willingness to get vaccinated even then. A third of Americans have already said that they would not get a COVID-19 vaccine, according to a Gallup poll released in August.

This is especially concerning because vaccine uptake may be a deciding factor as to whether the country will be able to put an end to the pandemic. More people getting vaccinated would be especially necessary if the approved vaccination can only provide only limited immunity, and the FDA has signaled that it would approve a vaccine if it prevents disease or makes the illness less severe in as few as 50% of people.

This seems to have tainted the public’s perception of the FDA and the Centers for Disease Control and Prevention (CDC). While 67% of Americans said they trust the CDC for reliable coronavirus information, that’s a decline of 16 percentage points from April, when that number was 83% Meanwhile, about half of U.S. adults polled by Kaiser said the FDA and CDC are not paying enough attention to science when considering coronavirus treatments and recommendations, while 39% and 42% said the FDA and CDC, respectively, are paying too much attention to politics. Again, there’s a significant gap between Democrats and Republicans, with the former much more worried about the politicization of the federal health agencies.

Critics say that Trump has politicized many of the efforts to contain the virus—and now, the vaccine development process. Experts on vaccine hesitancy have criticized the Trump administration for emphasizing how quickly vaccines are being developed, including the branding of the effort to find a vaccine “Operation Warp Speed,” arguing that this could make it seem that the vaccine is being thrown together without proper safety measures.

Unsurprisingly, the degree to which Americans are concerned about the President’s influence rushing the vaccine process falls along political lines. About 85% of Democrats and 61% of independents said they were concerned, compared to 35% of Republicans, according to the Kaiser poll.

Flashback: Donald Trump Visits Ground Zero the Day after the 9-11 Attacks and Asks How He Can Help (VIDEO)

Where Should I Retire?: We are conservative Christians looking for our utopia: a friendly, safe and affordable small town. Where should we retire?

What does a virtual roller coaster ride tell us about migraine? — ScienceDaily

Can you book to stay at the Love Island USA 2021 villa?

For Heavily Indebted Small Islands, Resilience-Building is the Best Antidote

Making the Grade: Animal Island is a fun place to ‘visit’ for preschoolers with their…

Four years after it became a symbol of Europe’s failures, migrants are still stranded…

Trump’s suburban crash drags House GOP down with him