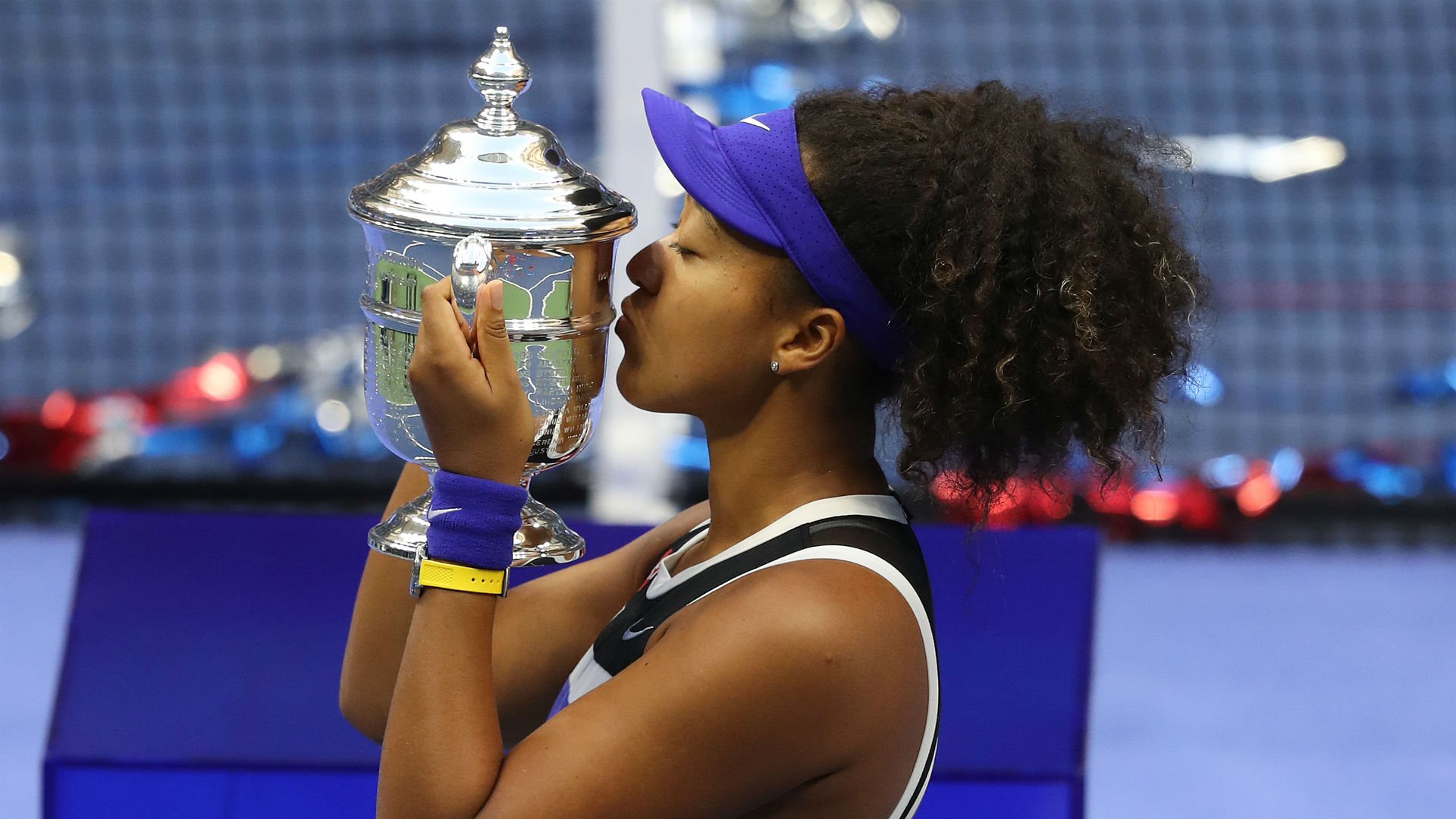 Naomi Osaka showed a champion’s heart in coming back from a set down to win the 2020 U.S. Open women’s singles title Saturday. She displayed a certain . . . mentality.

After Osaka had celebrated her victory over Victoria Azarenka, she returned to the Arthur Ashe Stadium court to take photos while holding the championship trophy. She came out wearing a Kobe Bryant No. 8 Lakers jersey.

Osaka said the jersey was a motivational tool as she grinded through two weeks of major-championship tennis under the Open’s bubble. “I truly think it gave me strength,” she wrote on Twitter. Her Twitter background image is a black-and-white photo of Bryant in his No. 24 jersey.

A Twitter user responded with a photo of Osaka and Bryant, who watched Osaka play in last year’s U.S. Open.

Osaka was shown wearing the jersey after her semifinal victory over Jennifer Brady on Thursday.

Bryant and his daughter Gianna were among nine people killed in a helicopter crash last Jan. 26 in Southern California. The group was traveling to Gianna’s AAU basketball game.

Tiger Woods serves up Champions Dinner ahead of Masters defence

“Ok Google, I’ve had enough”: How to turn off Google Assistant

Why Nigerians see Anthony Joshua as one of their own

Why Some Patients Say Yes

With a cost of over $20 billion and decreased revenue due to no fans, how many…

Fire near Capitol sets off scramble amid heightened inauguration security

Internal documents say U.S. Postal Service made $1.6B profit on Amazon deliveries in…

The Mandalorian inadvertently uncovers a dark secret in season 2, episode 4…