National Association of Police Organizations President: Vote to Endorse Trump ‘Overwhelming’; Biden Passed on Chance to Talk to Us 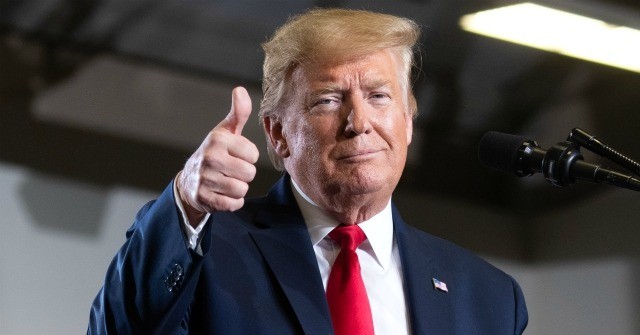 On Wednesday’s broadcast of the Fox Business Network’s “Evening Edit,” National Association of Police Organizations President (NAPO) Mick McHale discussed the group’s endorsement of President Trump and stated that the endorsement was partially due to the “overwhelming vote of the majority of the associations who participated” and stated that while Trump addressed the organization’s board, 2020 Democratic presidential candidate former Vice President Joe Biden did not take advantage of the same opportunity.

He added, “It’s not a specific issue that we don’t like. Both camps were provided an opportunity to participate in the screening process, which is guided by our constitution and bylaws, and as a result of the response, or lack of response, the board met today through virtual meeting. A nomination was presented, a discussion took place, the opportunity for the various groups that we represent to participate in the screening process was properly conducted. And as a result of the outcome of today’s endorsement process, we proudly endorse President Trump. President Trump addressed our board on Monday. The same opportunity was given to Vice President Biden, and as to why the actual participation did not occur, I would defer you to the vice president and/or the leadership of his campaign.”

A Staggering 160 Million Are Victims of Child Labour Global Issues

Countries with male leaders have had 4.3 TIMES more Covid-19 deaths

‘I keep myself to myself’: Beno Obano, Maro Itoje on dealing with rugby’s culture…

Kandi Burruss Is Twinning With Blaze Tucker In This Throwback Photo

US: Far-right groups and counter-protesters clash in Georgia

Here is the 4th Generation Glock: Spoiler, It Will Leave You…