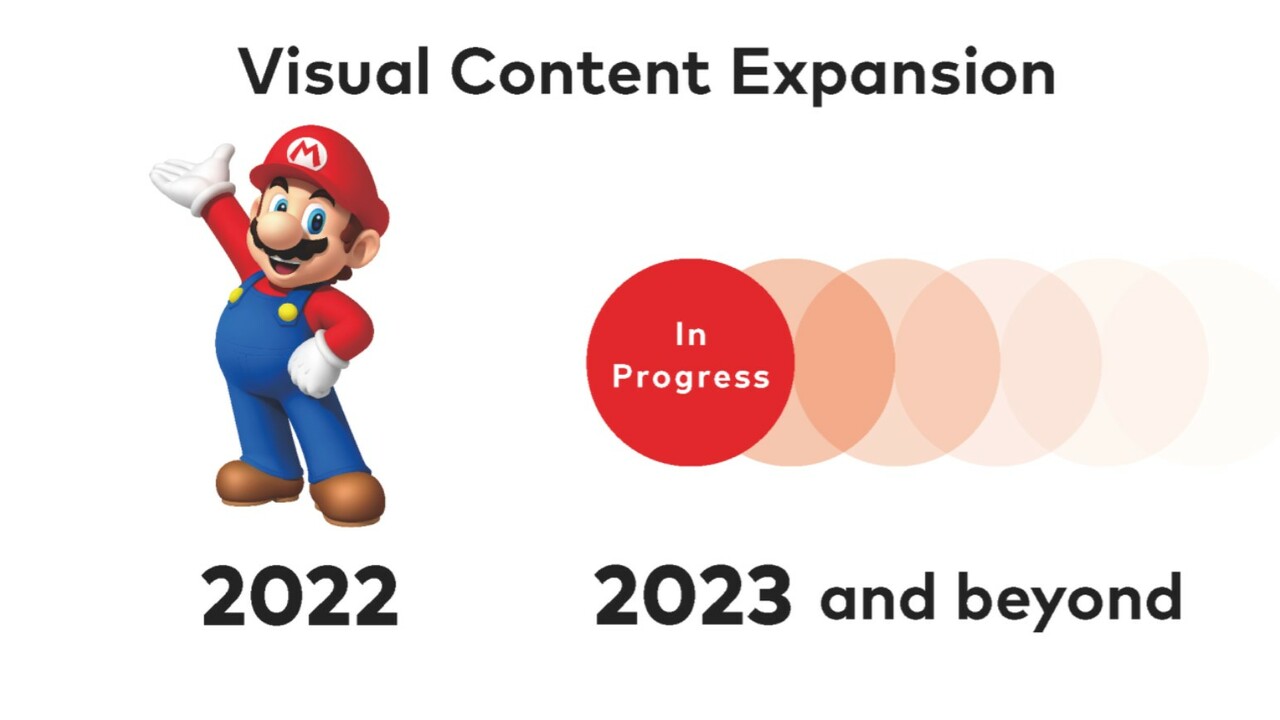 Nintendo has published its Corporate Management Policy Briefing for this financial year, and as well as touching on plans for its future hardware, much of the document is dedicated to exploring how the company is expanding its IP to reach a wider audience.

Most interestingly, Nintendo president Shuntaro Furukawa states that there are already multiple ‘visual content expansion projects’ in the works — presumably referring to movie and/or TV projects — in addition to the Super Mario movie that’s currently in production at Illumination, the company behind the Minions movies.

The animated Mario movie is scheduled for release in 2022, and there’s no word yet on exactly what these other productions are or when they’re coming, but it seems that Nintendo has big expansion plans in the nebulous field of ‘visual content’.

The briefing also specifies that “Going forward, visual content expansion initiatives may not be limited to film”, suggesting a broad spectrum of projects for screens big and small. Check out the full quote below:

We have also already embarked on multiple other visual content expansion projects, and are pursuing further opportunities. As we shared previously, the Super Mario movie is being financed by Nintendo as well as Universal Pictures, and we are actively involved in planning, development and production. Going forward, visual content expansion initiatives may not be limited to film. The scale of our investments will vary based o the type of project, but we will continue to invest in these entertainment expansion initiatives to increase the number of people who have access to our IP.

With the success the animated Castlevania series on Netflix leading to multiple further video game-related projects heading to the streaming service, you’d imagine Nintendo has had its eye on this particular ball for quite some time. Of course, ‘visual content’ is deliberately vague and could mean many things: web series, animated shorts, live-action shows, or something else entirely.

Sounds tantalising, no? We’re certainly intrigued to see what Nintendo has up its sleeves over the coming years.

What would you like to see? A Metroid movie, perhaps? Let us know below which Nintendo IPs you’d like to see expanded into forms of ‘visual content’.

The Logic of Protectionist Nationalists

Australian labradoodle is more poodle than Labrador, according to DNA

Autocracy on the Rise: Should we Expect Military Spending to Follow?

Flashback: the original Samsung Galaxy S was a best-seller that spawned an empire