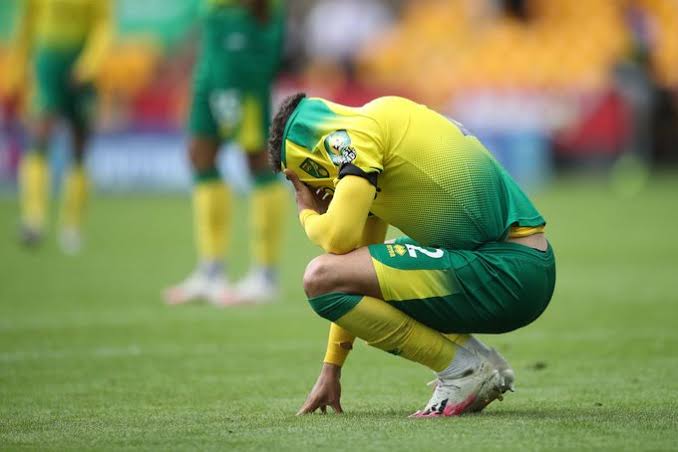 Norwich were condemned to a record fifth relegation from the Premier League as Michail Antonio’s four-goal blitz fired West Ham to a 4-0 win at Carrow Road on Saturday.
A seventh successive league defeat for Daniel Farke’s side sealed their fate as Antonio’s ruthless display boosted West Ham’s own survival bid.
Norwich is 13 points from safety with only three games left, meaning they are certain to make an immediate return to the Championship after last season’s promotion campaign.
Read more details on The Guardian Nigeria News

Canucks’ Sven Baertschi opts out of NHL’s return to play

Strange celebration during Sydney vs. Gold Coast in the AFL

Free Webinar | July 28: NerdWallet CEO Shares How He Grew an $800 Investment into a…

Preview: Sharks of Mars: Prologue – Serving up a Bite of Martian Seafood

10-year Treasury yield slides back below 1.50% on revived omicron fears