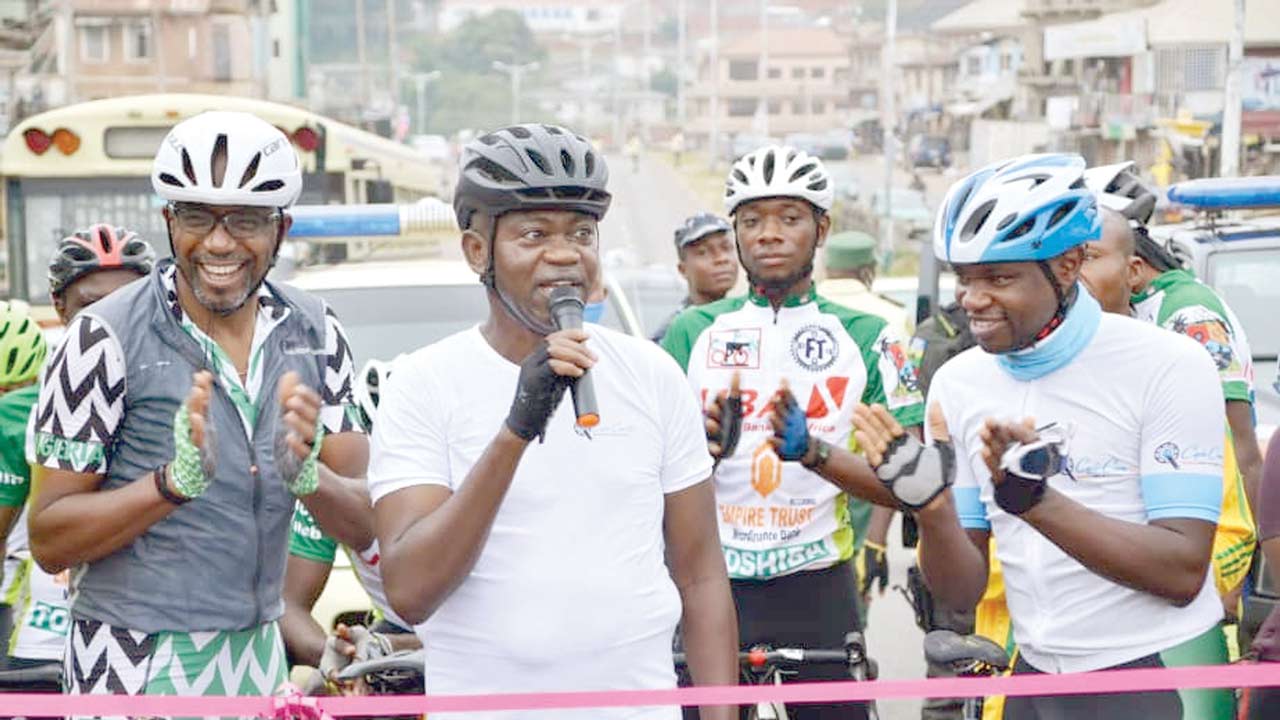 Secretary to the Ogun State Government, Mr. Tokunbo Talabi, has called on parents and school administrators to promote cycling game as an efficient mode of transportation.

Talabi made the call yesterday during a three-day cycling event in Abeokuta, Ogun State.

The SSG recalled that bicycling was an age-long sporting activity, widely accepted by both the young and elderly, describing it as a better form of transportation for short journeys.

He emphasised the need for everyone to reignite the old sporting culture and support the drive of the current administration towards promoting cycling and other sports in the state.

“I will like to appreciate FT Cycle Care for its decision to partner with the state government in the area of cycling development, as a better and cheapest mode of transportation for short distances. Our disposition as a government is committed to the healthy living of the citizenry.

“I want to align myself with the motto ‘Ride to Care’, which exposes the benefits inherent in riding a bicycle for pleasure,” he said.

In his remarks, Commissioner for Transport, Engr. Gbenga Dairo, while congratulating the sporting firm for the laudable gesture aimed at sport and health development, as well as the transportation sub-sector of the economy, said the project was expected to increase awareness amongst the people of the state.

Director Oliver Stone on Watters’ World: “I Think We Know that Someone from the DNC Leaked the Information to Julian [Assange]”

Pico Neo Goes on Sales in China for $879 USD

OnePlus is working on a 18 W charger, presumably for a cheaper Nord

Daycares in Finland Built Their Own ‘Forests’, And It Changed Kids’…

Watch Modest Mouse Perform ‘We Are Between’ on ‘Fallon’

This Isn’t ‘Cancel Culture.’ The Goya CEO Is Just a Moron.

Not So Fast Blaming Slow Metabolism for Midlife Weight Gain

How the Air Force Could Turn Transports into Heavy Gunships

11 Laws You Could Be Breaking Without Knowing It