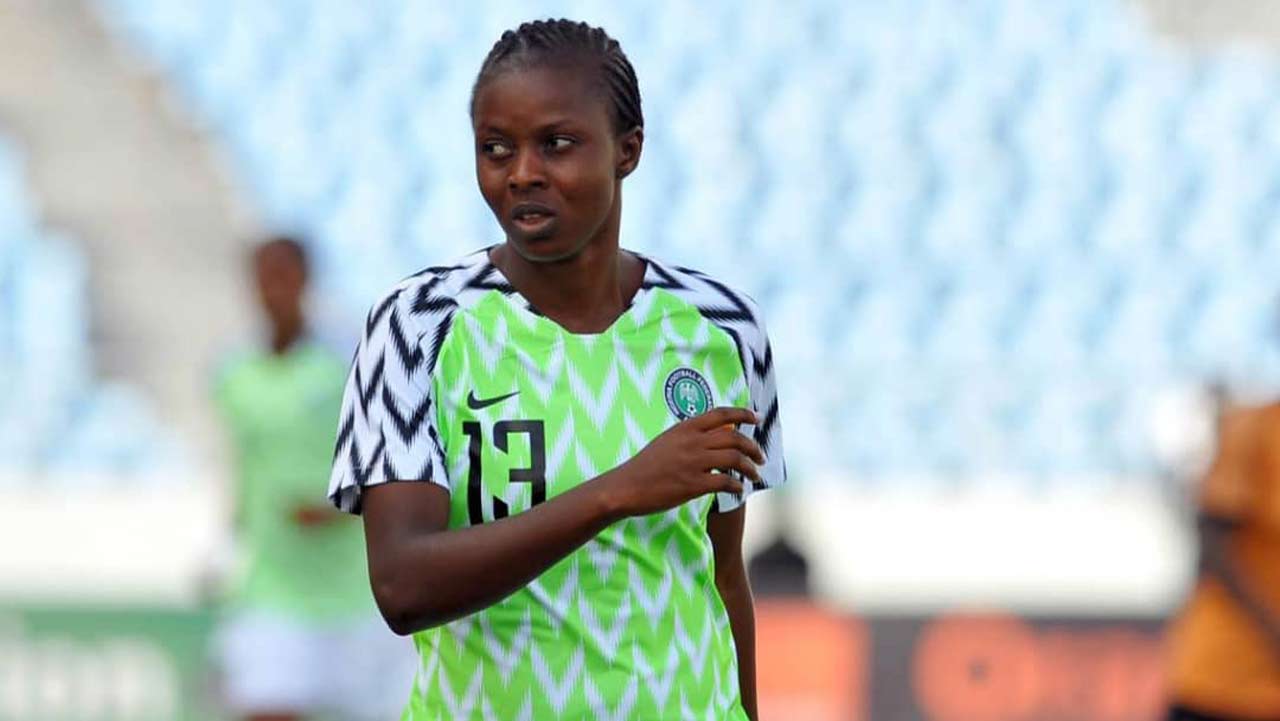 Super Falcons midfielder, Ngozi Okobi-Okeoghene, has declared the former handler of the women’s senior national team, Coach Florence Omagbemi, as the best choice for the Super Falcons’ job as plans by the Nigeria Football Federation to get a new one intensifies.

The NFF President, Amaju Pinnick, had announced on Thursday on its official Instagram page on a concluded arrangement to employ a head coach of the highest quality possible for the Super Falcons, saying that consultants are already on it and a sum of money set aside for the coach’s remuneration.

Okobi-Okeoghene, who said she was unhappy that the Falcons are yet to get a new coach after the exit of Coach Thomas Dennerby, stated that the way competent former handlers were sacked in the past was worrisome and that’s one reason the team has remained stunted.

“I am not happy that we don’t have a coach till now. This is not supposed to happen because this issue has been on for over a decade. You just bring in new coaches and you want the best from the team. All these are not going to help us in any way; changing coaches either foreign or Nigerians, is not going help the team in general. You can’t get the best performance from such kind of arrangement.

“They (NFF) should get somebody that they can trust. Even if they don’t trust the person, let the person just be allowed to do the job. We’ve had good coaches that they relieved of their jobs. I am so surprised why those things are happening,” she said, adding that since Coach Dennerby left the team no substantial coach has replaced the Swede.

“Dennerby is gone, they should think about something. What if the Nations Cup were to kick off in November or December as scheduled? Up till now we don’t have a coach and what do you expect of a team like that? You don’t do that. They should do something for us, I do not know why thing are really going wrong in Nigeria as a country,” she said.

Okobi-Okeoghene, who plays for Eskilstuna United of Sweden, added, “Omagbemi is one coach that I played under and I noticed her impact. A coach is supposed to be a friend to the team and Coach Omagbemi is one perfect person at that. She not only played for the national team before, but also because she is a woman, who understands how players feel. I think she is one perfect person for the job.

“The reason why I will go for the local coaches is that they are the ones that understand the players more. They know what the girls are like and they saw us grow. Unlike the foreign coaches who just come and play us based on what they saw on the TV.

“Regardless of what happens next, it’s none of my business who comes in because the girls are ready for the new coach’s pattern, as we will try to do what they want us to do. But I still insist that a female coach will get the best out us because she will understand the girls more. Yes, it’s true that a man will really want to go hard on the women and that also helps, but a woman understands better. She is like a mother in the house that we can relate more with just as I relate more with my mother than my daddy and discuss some feminine issues with,” she stated.

Omicron variant may have evolved in rats, one theory says