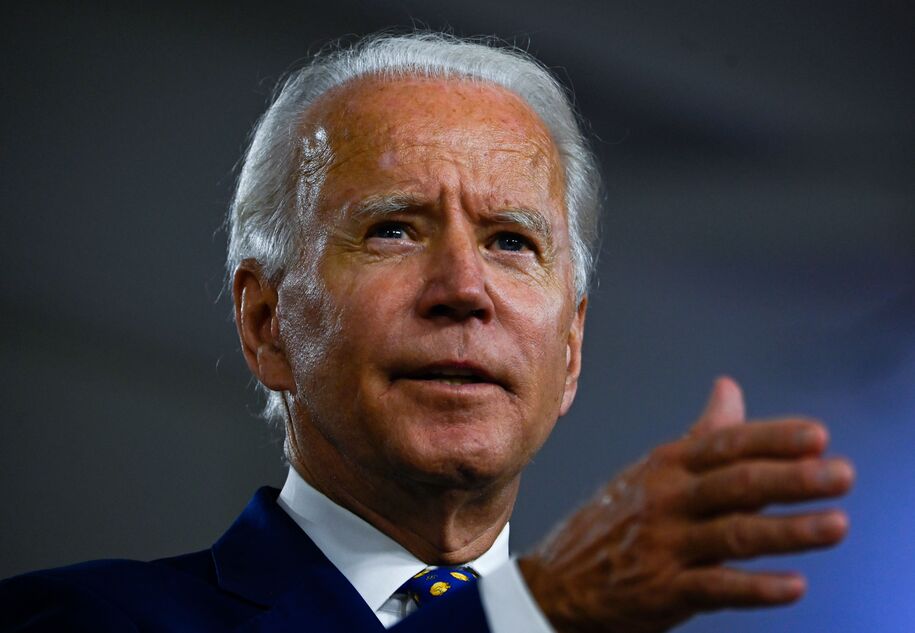 The Orange Julius Caesar makes up all kinds of crap about economic issues, racial issues, crime, immigration, you name it, and then says that the people who believe those things, or who have taken such actions, are somehow, magically, tied to Joe Biden. He can’t point to things Biden has done or said, so he has to concoct these connections. For just one example, does Biden actually support Medicare for All? Hey, many of us progressives do, but Biden does not. Yet Trump claims that people who do will somehow be running health care policy. Rinse and repeat on countless other issues.

The Biden campaign and its progressive allies, on the other hand, can take a more direct approach. Democrats don’t have to make up or even point to real things that people other than Trump do or say and try to connect them to their opponent. There’s no need.

Trump is the one saying and doing the batshit crazy, racist, anti-science, anti-middle- and working-class things the Biden campaign wants to highlight for the American people. We have the receipts. We have the recordings of him telling Bob Woodward he knows COVID-19 is deadly serious, and then telling the American people it’s no big deal. Oh, and I love how Trump said he played down the virus because he didn’t want to scare people. That’s rich coming from a guy whose race-baiting and fear-mongering on crime would make George Wallace blush.

Will voters be able to see that only one campaign is actually comparing its candidate to their opponent, rather than phantom third-parties? We can all do our part to help make sure they do.

Ian Reifowitz is the author of The Tribalization of Politics: How Rush Limbaugh’s Race-Baiting Rhetoric on the Obama Presidency Paved the Way for Trump (Foreword by Markos Moulitsas)

Rapper Juice Wrld Is Buried In A $1M Grave!! (Pics)

Is the reflation trade over? What stock-market investors need to watch

Earth Appears to Be Travelling Through The Debris of Ancient Supernovae

Pelosi goes all in with domestic agenda on the line

Greg Gutfeld Beats All Other Late Night Hosts While They Do…