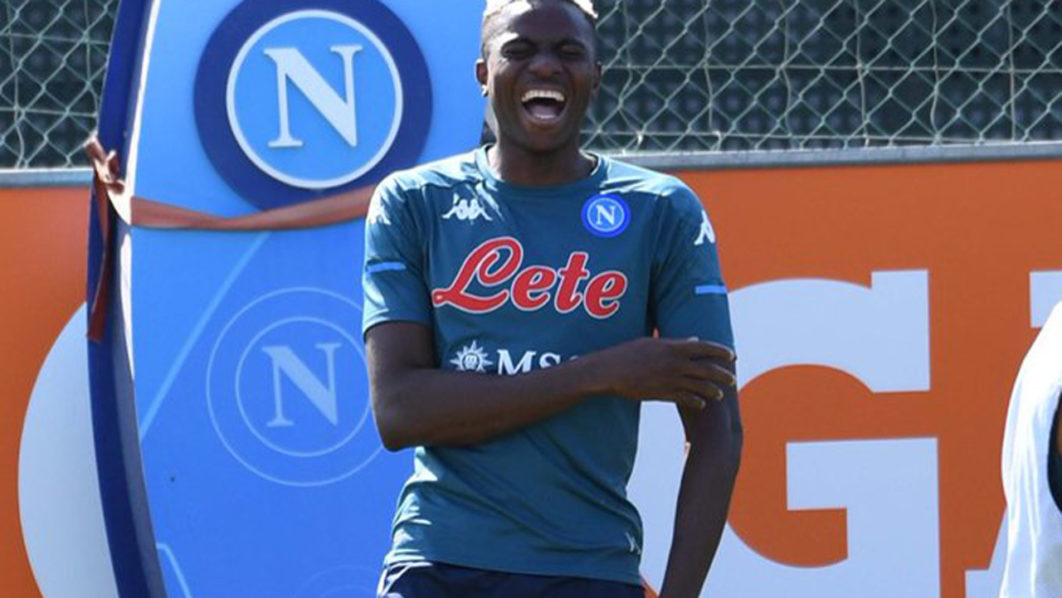 Victor Osimhen turned down a potential move to Manchester United before joining Napoli for £54 million, his brother has revealed.

The 21-year-old moved to the Italian club from Lille in a big-money deal earlier this summer, but Andrew Osimhen has explained that United was also in for him. But the fact that fellow Nigerian Odion Ighalo already played at Old Trafford meant Victor did not contemplate the move out of respect.

“It is very true that Manchester United wanted Victor but he told me something like he had too much respect for Odion Ighalo to be competing for shirts with his senior colleague,’ Andrew told completesports.com.

“My brother holds Ighalo in high esteem and he just didn’t see himself going to Old Trafford to battle for a striking role with the highest goal scorer at the 2019 AFCON in Egypt.”

Both forwards have played on the Nigerian national side together. Osimhen has made nine appearances and scored four goals since his debut in 2017.

Ighalo joined United on loan from Shanghai Shenhua in January and his switch has been extended until the same month next year, though he is not Ole Gunnar Solskjaer’s automatic first choice.

Osimhen was linked with a number of Premier League sides, including Liverpool and Tottenham. But Napoli fought hard to sign the promising striker and clinched a deal.

And having seen what he’s capable of during pre-season, they will be glad they did. Osimhen scored an eight-minute hat-trick in their pre-season friendly against L’Aquila and continued his fine start with another strong display against Teramo.

First of Many Cancellations: PGA Strips Trump of the 2022 PGA