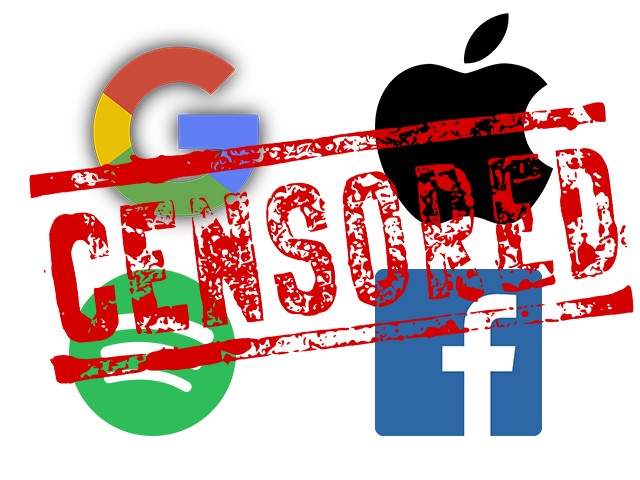 Rep. Paul Gosar (R-AZ) and a host of other House conservatives introduced legislation on Wednesday that would block big tech giants from censoring lawful political speech on the Internet.

The House Republicans’ legislation aligns with recommendations proposed by the Department of Justice.

Gosar said in a statement on Wednesday that Congress can no longer allow big tech companies to deem what is and what is not allowable free speech on the Internet. Gosar said:

Online platforms should not have special immunity to censor competition and lawful political speech. The broad and undue immunity for content and user removal granted by Section 230 must be reined in by Congress. We cannot continue to subsidize, deputize, or blackmail Silicon Valley to decide what is or isn’t an allowable conversation. Stop the Censorship Act empowers users and limits Big Tech to the same rights and liabilities as everyone else.

The House Judiciary Committee also plans to hold an antitrust hearing on Amazon, Apple, Facebook, and Google’s dominance on the Internet on Wednesday.

“Freedom of speech and market competition are two of the strongest pillars of American freedom. But ‘Big Tech,’ has shown little regard for either. Congress must protect the values that make America great.” Banks said.

Gosar’s Stop the Censorship Act of 2020 would promote free speech, big tech transparency, and competition on the Internet.

The legislation would revoke big tech’s immunity for removing “otherwise objectionable” material in Section 230 and create a new standard that would set a new legal protection for the removal of “unlawful, or that promotes violence or terrorism.” Gosar’s office contended that the new legal immunity would incentivize platforms to be more transparent and abide by their own terms of service.

The Arizona conservative’s office also noted that Silicon Valley companies have argued in cases such as Enigma Software v. Malwarebytes that the “otherwise objectionable” term creates a legal immunity from antitrust claims.

The Stop the Censorship Act would ensure that Section 230 does not extend to antitrust claims and aims to promote competition.

The legislation also empowers users with the ability to choose their own online content filters.

Our country was founded on the free exchange of ideas and the ability of all Americans to speak freely, a principle that has allowed the Internet to thrive. But in recent years, companies like Twitter and Google have used Section 230 as a shield while unlawfully abusing the First Amendment rights of their users. It’s time we put an end to Big Tech’s unlawful censorship by rolling back their broad protections and promoting market competition, which is exactly what the Stop the Censorship Act of 2020 will do.

“Freedom of speech is paramount to the fabric of America. No one should have the power to censor political speech, including ‘Big Tech,’” Gooden said.

Pandemic Conspiracies And Rumours Have Killed Over 800 People, Study Shows

Stream Everything With the Best Streaming Stick or Box

Beltalowda! Cara Gee opens up about Drummer’s emotional odyssey in ‘The…

Almost 72,000 US children tested positive for COVID-19 last week making up 19% of cases

Is political repression worsening in Belarus?