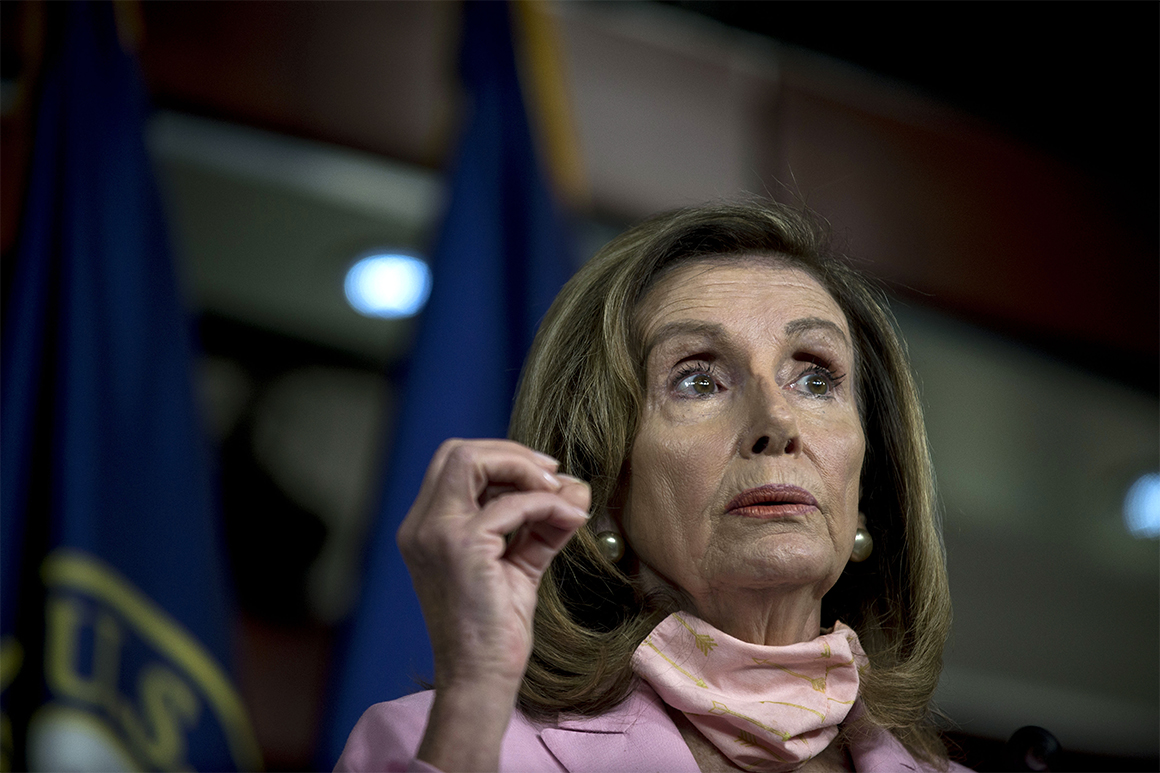 In a news conference, she also staunchly defended House Ways and Means Committee Chair Richard Neal, including his handling of the fight for the president’s tax records, ahead of a tough primary the Massachusetts Democrat faces next week.

“In terms of dealing with the courts now, he [Neal] has been strong and persistent and doing exactly what the lawyers say that we have to do in order to prevail,” she said. “He could not do anything more.”

“We are at the mercy of the courts.”

Her comments come ahead of a primary Neal faces Tuesday against Alex Morse, a challenger endorsed by liberal firebrand Rep. Alexandria Ocasio-Cortez (D-N.Y.). Morse is the mayor of Holyoke, a town in Neal’s district.

Neal has faced nagging complaints from progressives that he has not been aggressive enough in his legal fight for Trump’s tax returns. He is suing to enforce a subpoena demanding the filings under a law allowing the heads of Congress’s tax committees to examine anyone’s private tax information.

Liberals say Neal was too slow to bring the case, which has been languishing in court for more than a year. Lawyers for House Democrats and Trump have not even gotten to the substance of Neal’s complaint, with the two sides fighting about whether lawmakers have the right to take the White House to court in the first place.

Pelosi’s comments Thursday are a reminder that Democrats may not ultimately need the courts to get Trump’s returns — though they do contradict what lawyers for the House have argued in court. They’ve contended Democrats need Trump’s filings in order to determine whether the IRS is doing an adequate job auditing the president, not because they intend to publicly release his returns.

Pelosi gave an extended defense of Neal, speaking for seven minutes about not just his fight for Trump’s tax records but also his support for women, children, workers, Social Security and the environment, among other issues.

“He has been so progressive,” said Pelosi.

“People will say what they will say, but I know what he has done and it would be a tremendous loss to that district to lose the chairman of the Ways and Means Committee.”

Covid-19 UK: Wembley Stadium could be opened up as a vaccination hub to stop Indian…

Trump: November Election a Choice of ‘Super Recovery’ or ‘Biden…

India passes milestone: The largest number of daily cases in the world

Turning sweat against itself with a metal-free antiperspirant

The Nets are a chemistry explosion in-the-making

Stephen Jackson to Allen Iverson: ‘We can’t lose you, we just lost Kobe’

New bill would expand and expedite visa program for Afghan…