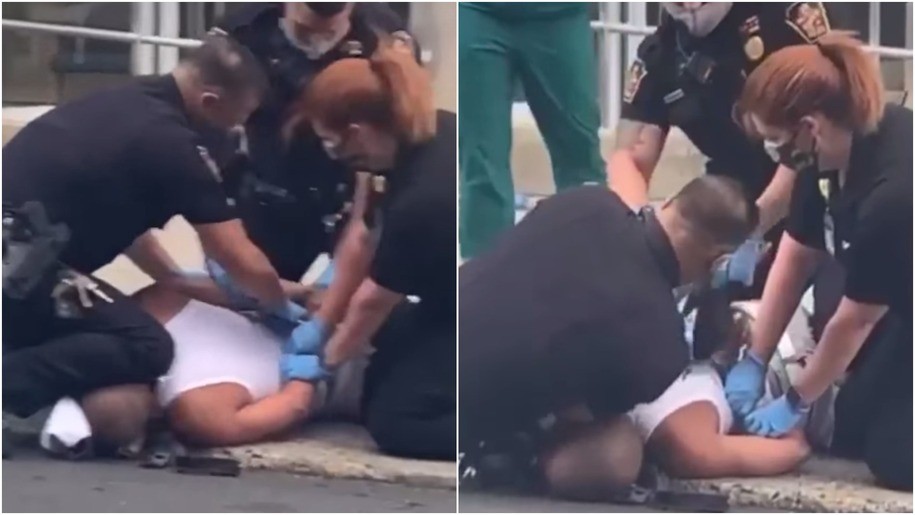 Police Chief Glenn Granitz Jr. similarly responded to protesters. “We’re going to take a look at it,” he said. “We’re going to go through everything and we’re going to give you an update as soon as we can.” The officers in the video haven’t been identified yet, and it’s unclear what prompted them to arrest the man held on the ground with his face on the pavement.
Civil rights attorney Ben Crump echoed the group’s call to action in a tweet Sunday. “We need this officer’s name and badge # NOW,” Crump said in the tweet.
”Just last week, the Allentown Police Department praised themselves for releasing their use of force policy,” the group Black Lives Matter to Lehigh Valley said in a Facebook post. “No sooner than a week after the APD released this policy, a police officer was viewed applying the same use of force, knee to the neck, procedure that killed George Floyd. At approximately 6:45 this evening, there was a situation in front of St Lukes Hospital, Sacred Heart campus. WE DEMAND ANSWERS! What good is the use of force policy if Allentown’s lives will still be disregarded?! It is clear and evident that black and brown lives DO NOT matter to the city of Allentown! Daily Kos reports.

You can save a fortune buying braces online, but they might not give you the smile you’re after…

Report: Number Of Illegal Immigrants Held In Detention Centers Up More Than 50% Under…

Group of Youths Beat, Kick and Stomp on Bus Driver as He’s Inspecting His Bus…

Americans Increasingly Dislike How Republican Governors Are Handling The Coronavirus…