Pfizer Inc and its German partner BioNTech SE plan to ask the U.S. Food and Drug Administration (FDA) to approve their COVID-19 vaccine in children aged 11 and younger by fall.

The vaccine was authorized for emergency use by the FDA in late December 2020 for Americans aged 16 and older and in May 2021 for those aged 12 and older.

Dr Alejandra Gurtman, vice president of vaccine clinical research and development at Pfizer, appeared at a virtual symposium on Wednesday held by Johns Hopkins University and the University of Washington to discuss details about pediatric vaccine trials.

She said the companies are planning to first ask for approval in kids between ages five and 11, and then for youngsters below age five.

‘We are planning for emergency use authorization submission for the older age group, that is the five to 11, in September [or] October of this year, and the younger group to follow soon thereafter,’ she said.

SCROLL DOWN FOR VIDEO 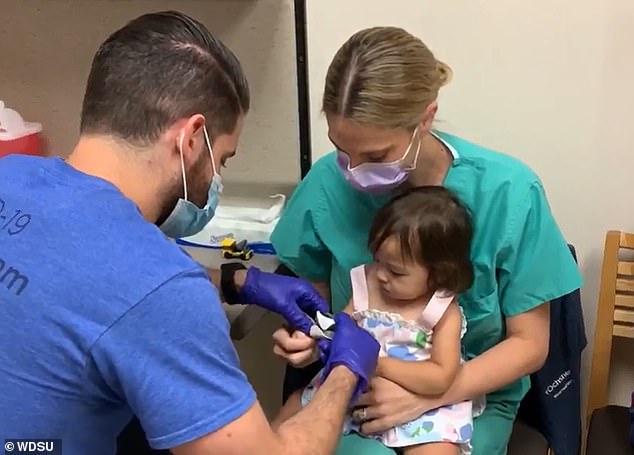 Pfizer Inc and its German partner BioNTech SE plan to ask for FDA emergency use authorization of its COVID-19 vaccine in children under age 12 by fall. Pictured: A mother holds her young child as she is vaccinated in Pfizer’s clinical trial in Jefferson, Louisiana, June 2021

Dr Alejandra Gurtman, a Pfizer executive, said at a symposium on Wednesday that the company would apply for approval in kids aged 5-11 by September or October and younger kids soon after (above)

The pediatric trial was launched in March 2021 with thetwo-shot vaccine being tested in 4,500 participants.

Children have been split into three age groups: ages six months to two years, ages two to five years and ages five to 11.

For comparison, people above age 12 who receive the vaccine are given 30 microgram doses.

The trial is currently being conducted at 90 centers in the U.S., Finland, Poland and Spain, Gurtman said at the symposium.

In each group, about two-thirds will receive the two doses 21 days apart and the remaining third will be given the placebo.

The team will analyze the safety and efficacy of the vaccine in children and take blood samples to measure antibody levels.

If the FDA approves the vaccine,the trial will be unblinded at the six-month follow-up and kids who received the placebo will be offered the vaccine.

Pfizer is not the only company currently conducting clinical trials in children.

In mid-March, Moderna Inc announced it had dosed the first participants of its study, looking at its vaccine in childrenages 6 months to less than 12 years, but does not expect results until early 2022.

Additionally, in the UK, AstraZeneca and the University of Oxford are trialing their vaccine in children between ages six and 17. 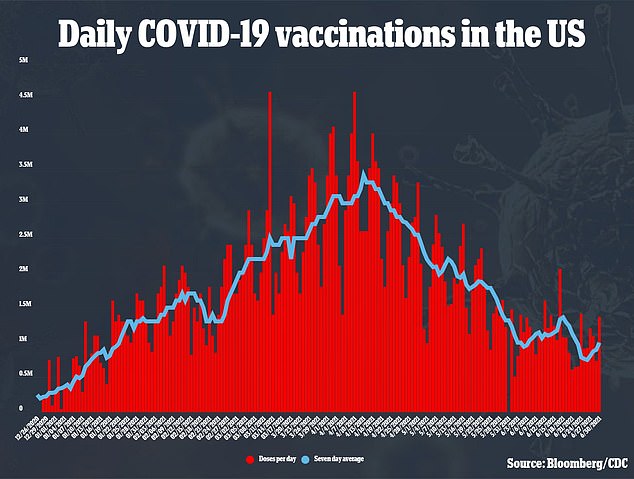 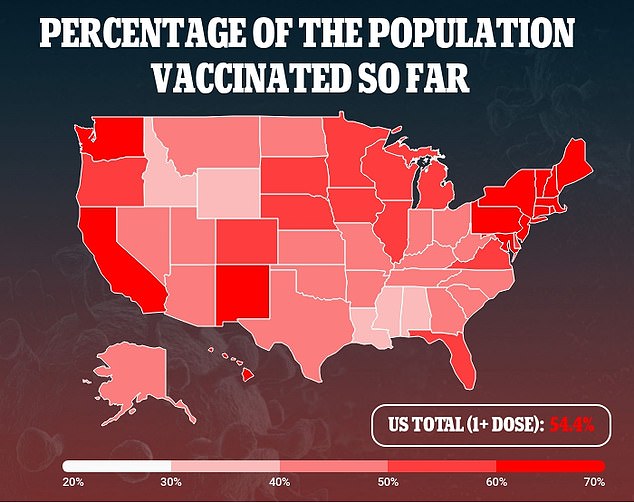 Children are often the last group to be tested during clinical trials because they are not merely little adults.

What’s more, children may need different doses or needle sizes depending on their height, weight and age – which is why most children are only vaccinated after safety has been well-documented in the adult population.

In a recent poll, conducted by the Kaiser Family Foundation, parents were asked if they would get their child immunized once a COVID-19 vaccine is authorized and available for their child’s age group.

Only about three in 10 parents – 29 percent – of children under 18 said they would get their child vaccinated ‘right away.’

The poll also found 15 percent only plan to vaccinate their children if the school requires it and 19 percent said their child will definitely not be getting vaccinated.

What’s more, although children can contract COVID-19 and pass the disease on to others, they tend to not get very will

More than four million children have tested positive for the virus as of Thursday, according to the American Academy of Pediatrics, but only make up 0.1 percent of all deaths. 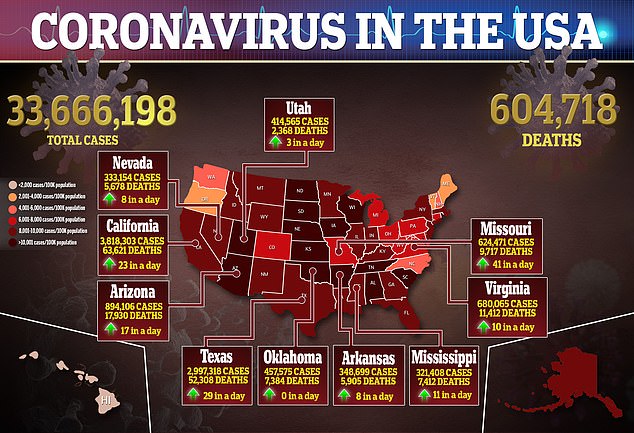 How to add Wireless Charging to the OnePlus Nord CE 5G

Call Transcript Shows Biden ‘Knew Exactly What Was Unfolding’ in…

Many People May Be Eating Their Way to Dementia

Nokia 7.3 will launch on September 22, claims rumor, Nokia 9.3 probably not ready yet

Why do turtles live so long?

Trumpism Is the New McCarthyism

Sit up! It really will make you happier, new research shows

Delta Air Lines Just Made a Big Decision, and Its Flight Attendants Should Be Very…

How to find the best food in Oaxaca

Tamil Nadu has not understood my explanation on Mekedatu, says CM Yediyurappa

How a Norwegian island is already living our climate change future

Valneva vaccines cancelled by UK just TWO MONTHS ago could…