Players to start, players to sit in Week 1 fantasy 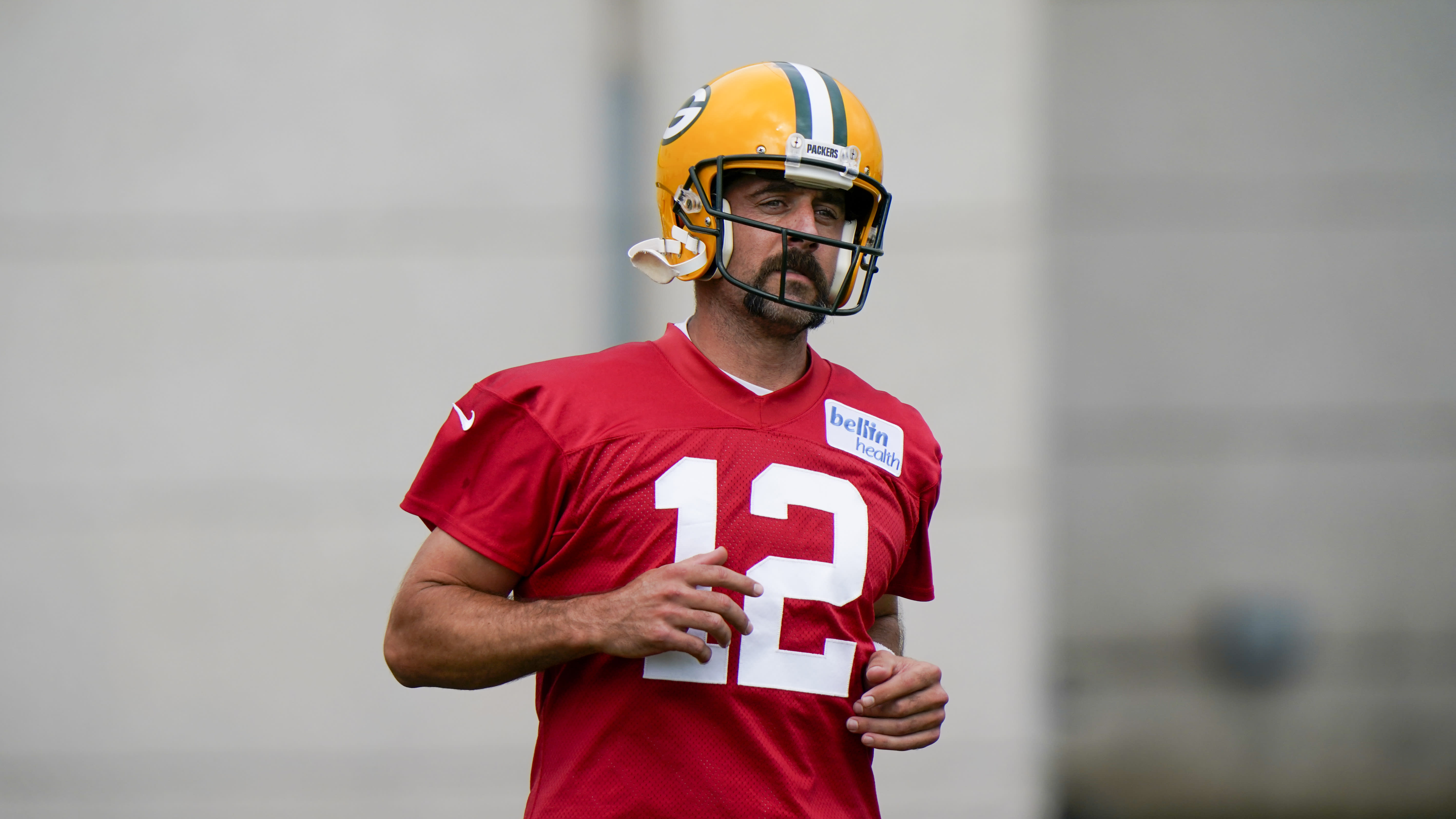 Sit and start is relative and league dependent, so consider some of these suggestions more “fliers” and “fades” (note that some are targeted for DFS).

Good luck with your Week 1 lineups.

Parker has been dealing with a hamstring injury for a few weeks, although he returned to a limited practice recently. He should be viewed as a WR3 at best at less than full strength and against a Patriots secondary that allowed the fewest fantasy points to wide receivers last season (note Stephon Gilmore, who would shadow Parker, is dealing with a hamstring injury himself).

With Damien Harris out and Sony Michel returning from another injury (and not being very good), White should see a healthy amount of touches Sunday. It’s a friendly matchup for Cam Newton’s debut in New England, as Miami ranked last in defense DVOA last season.

The Ravens allowed the fewest fantasy points to tight ends by a wide margin last season, and Hooper is now lower on his new team’s totem pole, where he also gets a noticeable downgrade at quarterback.

Baltimore will be a backfield by committee in Week 1, and it’s a leap of faith starting a rookie coming off such an abnormal offseason, especially one listed as the No. 4 RB on the team’s official depth chart. But that’s nonsense, as Dobbins looks especially capable of taking advantage of his terrific situation, and he gets a Browns run defense that ranked 30th in DVOA last season. The Ravens should run it a ton as TD+ home favorites Sunday.

Camp reports had octogenarian Frank Gore looking like the better running back, and Bell is coming off a season that requires a magnifying glass to see his YPC (3.2). I expect a breakout year from Sam Darnold, and Buffalo fielded a run-funnel defense last year, but your expectations should be low for Bell this week (of his 245 carries last season, zero went for 20 yards or more).

The Bills enter with an advantage along their offensive line, but the Jets ranked #2 in run defense DVOA last season, and most importantly, rookie Zack Moss will be getting the important touches (at the goal line and the catches) in Buffalo’s backfield, while Singletary is limited to carries between the 20s.

Edwards is more of a deeper league option in Week 1 and isn’t without risk, but I expect him to quickly emerge as the Raiders’ new No. 1 wideout. He gets a favorable debut matchup against a vulnerable Panthers defense. Josh Jacobs is a borderline top-five RB in Week 1 as well.

Bridgewater is sneakily set up for fantasy success this season with Carolina’s poor D and a nice complement of receivers, and he starts off with a Raiders pass defense that ranked #30 in DVOA last season. This game projects to be one of the highest scoring in Week 1.

Olsen is unlikely to stay healthy all year, but he enters Week 1 as Seattle’s #3 option in the passing game. Russell Wilson is perennially among the league leaders in end-zone targets and loves featuring tight ends.

Hurst is no secret as Atlanta’s new starter, taking over a role that saw Austin Hooper lead the NFL in red-zone targets per game among tight ends last season. Hurst faces a Seahawks defense that added Jamal Adams during the offseason but was gashed for the second-most fantasy points versus tight ends in 2019.

Jackson is highly unlikely to stay healthy all season, but he’s a top-12 fantasy receiver in Week 1 while the Eagles deal with injuries. Washington should run a faster pace and score more points this season, while Philadelphia also enters with a banged-up backfield. DJax is looking at double-digit targets against a secondary that ranked near the bottom-five in pass DVOA last season, so expect the speedy wideout (a terrific fit for Carson Wentz’s deep ball) to eclipse 100 yards and hit pay dirt Sunday.

Gibson is one of fantasy football’s biggest wild cards entering the year after Derrius Guice and Adrian Peterson exited during the offseason, and the rookie has intriguing measurables but is coming out of a gadget system that saw him total just 77 touches (33 carries) throughout his college career, so he’s a big unknown. Since the rookie projects to immediately see touches (even targets out of the slot), he’s an exciting DFS option at a near-minimum salary.

It would have been better had Nick Foles proven to be a clear upgrade and now starting for Chicago, but even with Mitch Trubisky, Miller is a fine fantasy start Week 1 against a Detroit defense that surrendered the third-most fantasy points to wide receivers last year.

Hockenson should have already been treated as a top-10 fantasy tight end before Kenny Golladay suffered a setback with his hamstring injury this week, putting his Week 1 status in serious jeopardy. The Lions are unlikely to find success running against the Bears, and Matthew Stafford was playing like an MVP (8.6 YPA) before he got injured last season in this system, so Hockenson is going to do work.

Rivers went from one of the league’s worst offensive line situations in LA to one of its best in Indy, and he gets an easy first matchup versus a soft Jacksonville defense. The Colts’ RB situation is one to watch in Week 1.

James Robinson is a fine Week 1 Flex play, and Chris Conley is a deep sleeper, but Thompson gets the call here against a Colts defense that allowed the most catches to running backs last season. He’s going to be very useful with Jay Gruden in PPR leagues before injuries strike.

The injury to Danielle Hunter certainly helps, but Rodgers got just 6.1 YPA on the road last season and faces a Minnesota pass defense that ranked top-five in DVOA. The Packers did Rodgers no favors during the offseason.

Cousins will be usable in fantasy leagues this year, but the Packers were much easier to run against than pass last season, and it will take time for the Vikings to replace Stefon Diggs.

Justin Herbert will likely get a chance this year at some point, but Taylor is clearly locked in as the starter right now, and he brings a nice rushing floor. The Bengals have an improved defense, but they were gashed for 8.3 YPA last season.

Green has declared himself 100%, but his snaps will be limited Sunday after just completing his first full practice since 2018. He’ll likely be shadowed by Casey Hayward as well, so Green is a tough Week 1 start.

Reed is unlikely to stay healthy all season, but he’s a sleeper to score a touchdown Sunday against an Arizona defense that yielded by far the most fantasy points to tight ends last season. Reed will see looks in the red zone as SF’s “big slot,” and the team is dealing with a banged-up WR group entering Week 1.

You’re probably not sitting Kyler Murray, Kenyan Drake or DeAndre Hopkins, but expectations need to be tempered against a stout 49ers defense that allowed the fewest YPA (5.9) in the NFL and the third-fewest fantasy points to running backs last season — and one that gets a healthy Dee Ford back.

It’s unclear how Tampa Bay will use its backfield, but it will almost certainly be a committee in Week 1 with Fournette just recently joining, and the Saints allowed the fifth-fewest fantasy points to running backs last season.

After he settled in New Orleans and got healthy (along with Drew Brees), Cook had 537 yards and seven touchdowns over the final eight games last season, and he faces a TB funnel defense that ranked #1 against the run in DVOA last year.

With Jalen Ramsey shadowing a hobbled Amari Cooper, look for Michael Gallup and Blake Jarwin to benefit as well, but it’s the rookie wideout who goes off, spoiling the opening of the new Rams stadium. More like “TeeDee” Lamb.

With LA’s declining defense, uncertain backfield and terrific system, Goff is primed for a big fantasy season, and it starts Sunday night at home (8.0 YPA during his career) in a game that features this week’s highest over/under (51.5 points).

Ebron is one season removed from scoring 14 touchdowns and looks ready to be featured in a Pittsburgh offense that’s getting a healthy Ben Roethlisberger back but with Diontae Johnson banged up. The Giants had one of the NFL’s worst secondaries last season and just waived first-rounder DeAndre Baker.

Jones opens with a brutal schedule, and it starts right away against a Pittsburgh defense that might be the best in football. He’ll require some patience from fantasy managers to open 2020.

Tannehill was one of the league’s best players after taking over last season, and he benefits from not having to face Von Miller, but this is still a tough task in Denver. There will be weeks to start Tannehill — this just isn’t one of them.

With Courtland Sutton looking extremely questionable, Jeudy could be looking at a higher target share than expected to open the year, so he’s a sneaky play during the backend of Monday night’s double-header.

We will produce more MMA champions for Nigeria, says Usman | The Guardian Nigeria…

So a friend said, ‘But the Democrats are just as bad’

Something Mysterious Near The Galactic Center Is Flashing Radio Signals

17-Year-Old Arrested After 2 Killed During Protests In US

Damian Lillard calls Skip Bayless a clown for doubting him

Trump’s ‘golden egg’ in 2020 election is ability to keep many campaign promises:…

Ancient Teeth Show ‘Invasion’ of Egypt 3,600 Years Ago Was No Invasion at…