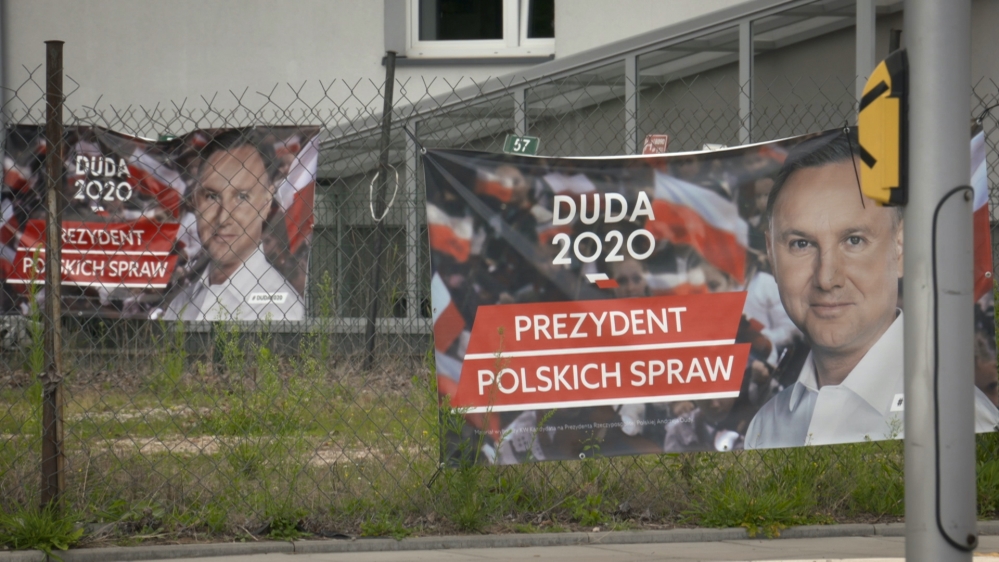 Polish voters have re-elected President Andrzej Duda to another term in office and the state broadcaster Telewijza Polska (TVP) was instrumental in his media campaign. To many Poles, TVP could just as well be Telewizja Propaganda – the channel backed Duda to the hilt, and helped him scrape through with a 51 percent victory.

Privately owned news outlets have been far more critical of Duda, so the president and his backers have tried to delegitimise those platforms over their foreign ownership. They have played the xenophobia card, suggesting that German investors in Polish media companies were trying to swing the election.

Now the Law and Justice party government is talking about the “repolonisation” of the country’s privately-owned media – thinly disguised code for “nationalisation”.

Richard Gizbert speaks to producer Flo Phillips about the crackdown on OMN, a major Ethiopian news network that has been covering mass protests against Prime Minister Abiy Ahmed‘s government.

Ghassan Kanafani and the era of revolutionary Palestinian media

Some of the biggest names in the world of literature – Dickens, Hemingway, Garcia Marquez – got their start in journalism. Their reporting tends to be forgotten; their prose is what lives on.

Ghassan Kanafani is a name you can add to that list. Kanafani was a Palestinian writer who, through books like Men in the Sun, humanised the Palestinian condition, of dispossession and displacement. He was, however, first and foremost a journalist.

He was also a product of 1960s Beirut – a period when the city was a magnet for young reporters, revolutionaries, migrants and misfits, as well as host to the Palestinian leadership in exile. It was in Beirut that Kanafani produced Al Hadaf, a forward-thinking Palestinian magazine, that has been somewhat lost in the mists of time.

The Listening Post‘s Tariq Nafi reports from Beirut on the legacy of Ghassan Kanafani and the era of Palestinian revolutionary media.

Leeds promoted: League One play-off heartbreak and doing it the hard way – Bradley Johnson reflects on long journey back to the top

Good luck, NFL: Mahomes is on a whole other level

Pentagon Seeks to Soften Blow of U.S. Withdrawal From Afghanistan

For a Surprisingly Long Time, Humans Have Kept Mementos of Dead Loved Ones

South Africas riots are a warning to the world

Who Is Winning the Great Power Showdown in Africa?

‘Training Day’ House Up for Sale at Over $1 Million

Talks With Taliban Must Continue To Evacuate More People