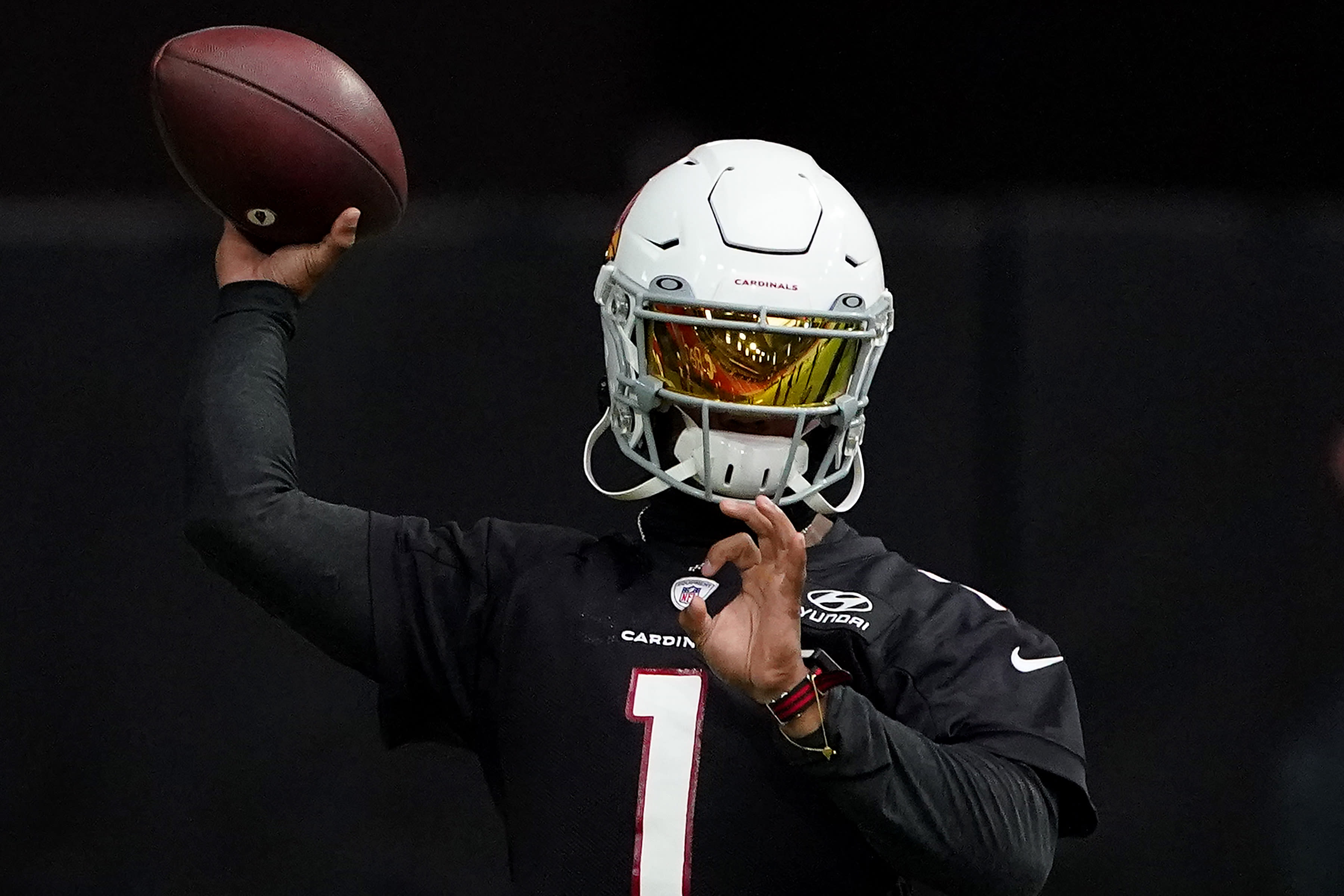 Last season was an unusual one in the NFL. No team went from worst to first.

It’s a common occurrence. Since 2003, 24 teams have gone from last place in their division one season to first place the next. It happened at least once in 15 of the past 16 seasons, before last season’s shutout.

That’s the beauty of the NFL. Last place teams in the NBA or Major League Baseball need a ridiculous turnaround in one offseason to go from worst to first. In the NFL, it happens all the time.

History says at least one team that finished in last place will win a division title this season. Here are the best candidates, in order:

It doesn’t seem likely like any of the eight teams listed above will go from last place in 2019 to a division title this season. But just about every season, some last-place team from the previous year surprises us.

Here are the final power rankings before the start of the 2020 season. Click on the team links below to read an in-depth 2020 preview for that club (and “last week” refers to our last power rankings from the beginning of August):

Of all the trades the Jaguars have made, moving safety Ronnie Harrison to the Browns for a 2021 fifth-round draft pick is the one that indicates the Jaguars have no desire to compete this season. Harrison is 23, cheap and a quality starter. Harrison surely didn’t mind being dealt.

So Relieved To Be Out Of Jacksonville And Around A New Team Who Wants One Common Goal! Thank You God! ✊🏿💯💯💯

Washington made moves that indicate it understands its rebuilding situation. Adrian Peterson was cut, and that makes sure Bryce Love and Antonio Gibson get playing time. Alex Smith wasn’t given the starting job, and that was the right play for Dwayne Haskins Jr. and his development. They may seem like obvious moves, but Washington has spent a couple decades trying to patch things together when it wasn’t close to winning.

The Panthers might end up being the most sneaky fun team in the NFL. New offensive coordinator Joe Brady did a fantastic job at LSU last season. Teddy Bridgewater has a lot of talent around him: Christian McCaffrey, D.J. Moore, Curtis Samuel, Robby Anderson and Ian Thomas. And the Panthers might not be able to stop anyone.

I don’t have any problem with the four-year, $ 48 million deal to Joe Mixon. He is still young enough to return good value on most of that deal, he’s a top-end back, and the Bengals won’t be paying Joe Burrow top dollar for a while. Mixon carrying most of the offense for a year or two will ultimately help Burrow, which has value too.

Breshad Perriman has been hurt. Le’Veon Bell has been in limbo. C.J. Mosley opted out. Jamal Adams was traded. What is there to get excited about with the Jets this season?

The Giants signing defensive back Logan Ryan for one year and $ 7.5 million was a solid pickup this late in the offseason. The Giants needed depth after the DeAndre Baker fiasco.

A reunion with Mohamed Sanu, recently released by the Patriots, makes sense. Sanu went to New England from Atlanta in a trade. Sanu can step right into the offense and the team could use a more dangerous No. 3 receiver.

It’s still uncertain if or when Tua Tagovailoa will play, and coach Brian Flores didn’t offer much information on that subject.

There has been no shortage of positive stories about rookie receiver Bryan Edwards since camp started, and Tyrell Williams’ injury opens up all the playing time he can handle. Between Edwards, Henry Ruggs II, Hunter Renfrow and Josh Jacobs, the Raiders might have a fun core of young skill-position players.

I don’t understand signing Adrian Peterson. The Lions have used second-round draft picks on Kerryon Johnson and D’Andre Swift the past three years. That’s a lot of capital into the position. Does it help those young players, or the Lions in general, to use a roster spot on a 35-year-old back who isn’t contributing on special teams or the passing game?

The Derwin James season-ending injury is heartbreaking. He’s a special talent and we’ve barely seen it since his All-Pro rookie season. Hopefully he returns next season and hasn’t lost anything due to losing almost two full seasons to injuries.

The Bears did the right thing giving Mitchell Trubisky the first crack at the starting job. The best path for the Bears is still Trubisky emerging as a viable long-term starter and Nick Foles being a sunk cost as a backup. Whether Trubisky can improve is another story, but the Bears had to try.

Opening night should be interesting. Everyone has poured dirt on the Texans after the DeAndre Hopkins trade, but it’s not like they don’t have talent. And Deshaun Watson is still there.

Kenyan Drake returned to practice, after being spotted in a walking boot and being out for a couple weeks with what the team said was a precaution. That’s good news because it will be fun to watch this offense at full speed.

The trade for Yannick Ngakoue was a much-needed addition for the Vikings in an offseason that saw mostly departures. Danielle Hunter and Ngakoue give the Vikings a strong 1-2 pass rush duo.

The Rams still haven’t given us much idea of whether Malcolm Brown, Cam Akers or Darrell Henderson (whose status for Week 1 is uncertain) will be the main back to start the season, or if it will be a combination of all three. It doesn’t make a ton of sense to use a top pick on a back, as the Rams did with Akers in the second round, if a team plans on using three backs.

There has been plenty of talk about extensions for young running backs, and Nick Chubb’s contract will have to be addressed soon. He’s a talented runner and a big part of the Browns’ offense, but he’s not concerned yet with an extension.

“I’m a big believer in everything happens for a reason,” Chubb told the Cleveland media. “Whatever happens to me, it’ll be for the best, I believe. So I’m just trying to get better every day here and not worry about the future.”

Titans-Broncos is a sneaky good game for the second part of the Week 1 “Monday Night Football” doubleheader. One of those teams is going to make a statement, and it could end up making a difference in the AFC playoff picture at the end of the season.

Who isn’t injured on the Eagles’ offense? The injury to first-round pick Jalen Reagor, who suffered a shoulder injury and could miss September, was particularly bad because Philadelphia is perilously thin at receiver. It feels like Carson Wentz is starting off the season just like last season: having to carry a skeleton crew around him.

Despite what the team says, it doesn’t make sense that the Colts will equally split carries between Jonathan Taylor and Marlon Mack. Mack is solid but the Colts traded up to draft Taylor, who was an exceptional college back. It won’t take long for Taylor to take over the backfield.

The notion that Bill Belichick and Cam Newton couldn’t get along was always misplaced. Belichick wants players who are serious about football, and Newton is that. Newton is the starter, already a captain, and if he doesn’t work out in New England it’s not going to be because he didn’t get along with the coach.

It’s strange to say, but Allen Lazard plays a huge role in this NFL season. If he can be a legitimate second receiver alongside Davante Adams, the Packers’ offense looks a lot different. Green Bay needs someone to emerge.

The Seahawks re-signing Josh Gordon got headlines, but it has been a long, long time since Gordon had that big season with the Browns. It would be a good story if Gordon gets reinstated and has a few more solid seasons after all his off-field problems, but it’s hard to rely on him for much anymore.

It’s not like the Bucs paid much to find out if Leonard Fournette needs a change of scenery. But expectations shouldn’t be too high. Fournette isn’t the player everyone thought he would be coming out of LSU. Basically, he’s Jordan Howard but drafted much, much higher.

The Jadeveon Clowney addition has been in the works forever, it seems. It’s the rare free-agent addition in September that is a true impact move. Assuming Clowney is in shape and will get up to speed quickly, Tennessee’s defense is intriguing.

I might regret it, but I’m buying the positive news on Ben Roethlisberger’s elbow. Training camp stories are notoriously sunny, and we haven’t seen Roethlisberger and his three reattached elbow tendons in a live game. I’m moving them up and hoping that Big Ben looks like his old self. If he’s right, there aren’t many other questions on the Steelers’ roster.

Amari Cooper has been banged up and while there have been optimistic reports about his availability for the opener, we don’t know for sure. That’s the problem with no preseason, limited training camp access and teams being more secretive this season: We won’t have the full picture on a lot of injury and lineup news until Week 1 kicks off.

The hype for rookie running back Zack Moss is another positive for the Bills. If Moss is an impact player right away, he adds to an offense that is going to run the ball plenty. Everything is aligning in Buffalo this season.

If I could buy stock in an NFL player for this season, it might be George Kittle. The 49ers don’t have a lot of healthy receiving options, they’re likely to be in more negative game scripts and passing more, and it seems Kittle still hasn’t reached his peak. He’s going to be huge.

The Saints’ plan to do a sign-and-trade for Jadeveon Clowney was fun. The NFL nixed it and probably won’t open up the rules on trades — the league doesn’t want teams suddenly trading cash and salary-cap space — but why not? It’s creative and adds to the offseason intrigue.

It’s a bummer the Chiefs can’t have a full crowd at Arrowhead Stadium for their first game since Super Bowl LIV. Still, after a long offseason, seeing Patrick Mahomes do his thing will be a great sight for everyone.

The Earl Thomas drama, in which he was cut after a fight in practice, hurts. Thomas is an elite safety, one of the best of this era. It’s hard to make an argument the Ravens are better off without him, even if Thomas is on the back nine of his career, but the move had to be made.

‘Echo Combat’ Not Currently in the Works for Oculus Quest

“This Low Level Trash Isn’t Going to Stop Me!” – Rudy Giuliani Promises to Defeat the…

The life of Lionel Messi at Barcelona | Gallery News

My father disowned me after divorcing my mother, and left my sister everything.…

The Allegations That Trump Disrespects Our Troops Are False

“Want To Pound Your Mouth With Punches”: Brazil’s President To…

Asia Markets: Asia stocks take inspiration from renewed hope for fresh round of…