A saliva test designed to diagnose concussion is set to be trialled in the Premier League as football authorities agree to action plan on brain health.

A joint action plan on brain health published by the league, along with the Football Association, the EFL and the Professional Footballers’ Association, sets out details of work being done to protect current footballers from concussion and sub-concussive impacts, and to understand why there is an increased risk of neurodegenerative disease among professional footballers compared to the general population.

It confirms the Premier League is funding an academic study to validate a diagnostic tool that uses salivary biomarkers, and it is understood the trial could begin later this season.

Players will provide baseline swabs, then at three further time points following a concussive injury, the plan said. Comparative swabs will be taken from an uninjured player and another player who has suffered a musculoskeletal injury in the same match or training session.

The plan states: “The first phase of this research will be carried out over a three-year period, with interim and final results reviewed jointly by the football stakeholders to inform future concussion protocols.”

It follows the publication of the SCRUM study findings in March, which showed a saliva biomarker tool was able to accurately detect concussion in elite male rugby players.

That study, led by academics at the University of Birmingham, successfully predicted the outcome of head injury assessments (HIAs) in 94 per cent of cases during testing in the 2018-19 Premiership and Championship season.

Researchers from Birmingham said at the time of the study’s publication that the technology behind rapid coronavirus testing could be harnessed to enable biomarker tests to be conducted in-game and provide an objective diagnosis of concussion, alongside existing assessment techniques.

The 2019 FIELD Study, led by academics at Glasgow University, concluded footballers were three-and-a-half times more likely to die of neurodegenerative disease than age-matched members of the general population, leading to an increased focus on the management of concussion and the sub-concussive impact of repeated heading in the game.

The FA and FIFA are partnering on the BrainHOPE study which starts next year. That study will also be conducted by Glasgow University, and will analyse the deterioration of cognitive function in former players to understand potential early interventions which could help reduce the risk or speed of developing dementia. The study, which has received £1.2m of funding, will run until the 2024-25 season. 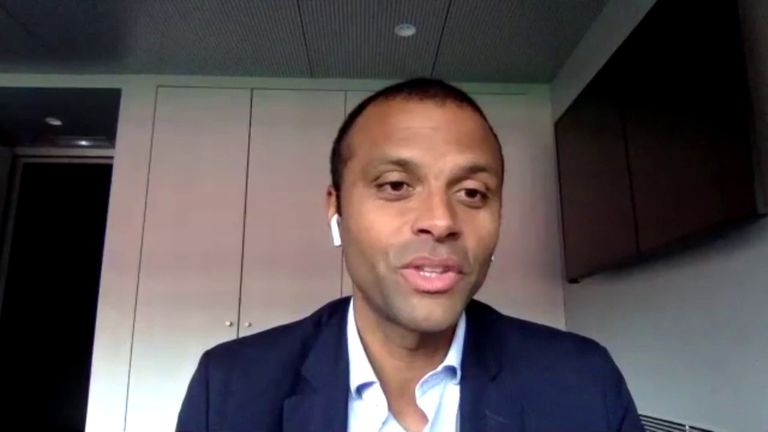 The FA is also partnering with the Rugby Football Union and Premiership Rugby to expand the Advanced BRAIN Health Clinic to include retired footballers in 2022.

It will give the ex-players access to specialist clinical services in a bid to proactively manage their brain health after retirement.

Current and former footballers, along with their families, are being consulted over the action plan, with their feedback helping to shape an updated version which will be published before the start of next season.

The English game introduced new limits on higher-force headers in training for the professional and adult game at the start of this season. These were informed partially by a mouthguard trial funded by the Premier League in the latter part of last season.

The plan also confirmed the extension of that trial into the current campaign.

In 2020, the FA published guidance on heading in U18s football, while the FA, Premier League and EFL are all trialling additional permanent concussion substitutes in their competitions.

Cardi B Dolls Will Not Be Released Due to COVID, Quality Concerns

Nets make a statement in win over Bulls

News at a glance: Tackling U.S. plastic waste, targeting Omicron with an antibody,…

Apple @ Work: What are Apple’s plans for MDM now that it owns Fleetsmith?

13 Best Stills from What Do We See When We Look at the Sky?

How to Promote Green Living and Sustainability in Your Community

The future of football, revisited